Adventure Sports Top 10
One of the most enjoyable ways to explore Montenegro for the lovers of outdoor activities is by cycling. Some of the adventurers who have experienced Montenegro through cycling, describe this experience as a trip into the unknown because the challenging geographical configuration of the country frightens and delights at the same time. Currently, there are 17 cycle routes all around Montenegro, which include bike riding, mountain riding, and bicycle touring. Trails are categorised as national, regional, and local, but you have options as panoramic roads and cultural routes. Although all of the trails have been marked, it is strongly recommend not to start your adventure without GPS track-logs. You should also carry a map and compass if you donât have a GPS device, a mobile phone, a flashlight, a basic bicycle tool, and a spare tire.

We present you the list of the top 5 national cycling trails in Montenegro.

This cycling trail must be one of the hardest and the most magnificent national cycling trails, as it gives an indescribable adventure through the whole of Montenegro, starting from the south and going to the north and back. The whole track is 630 km long in total, and to master it completely, in addition to good physical condition, it takes more than goodwill and spirits since this is not a path that can be done in one day but the regions and the areas you will see, will not cease to inspire you during the whole trip. The tour can be crossed with a load on a bicycle (camping equipment, etc.) and due to the remoteness of many sections, it is recommended to ride in company. The trail is divided into several parts, namely:

Herceg Novi-Orijen: here you are already at the beginning of an "epic" ascent, because you climb from sea level to 1600 m above sea level, on Mount Orijen. It is hard work, but itâs best not to think much about miles and heights, rather think about the great scenes along the way;

Orijen-Grahovo-NikÅ¡ic: here you will have the opportunity to pass through places such as Crkvice, Risan, Grahovo to NikÅ¡iÄ, the second-largest city in Montenegro;

NikÅ¡iÄ - PluÅ¾ine; PluÅ¾ine â Trsa â SuÅ¡ica River Canyon â Å½abljak: from here you will already start to enjoy the natural beauties of northern Montenegro, which include places like Trsa, the canyon of the river SuÅ¡ica, the village of Mala Crna Gora and it continues until the next part of the route;

Danilovgrad â Äevo â Cetinje â LovÄen â Krstac â Kotor: From Danilovgrad the road continues to the southwest, and this is the beginning of the ascent to Äevo, which is at the same time the beginning of the journey through "old Montenegro", Katunska Nahija - to Cetinje and LovÄen, where you will feel the spirit of authentic Montenegro;

Kotor â Perast â Donji Morinj â BakoÄi â Herceg Novi: from here, the way back slowly begins, passing through the Bay of Kotor, and its magnificent cities, Kotor, Perast, Morinj, all the way to the initial route of Herceg Novi. 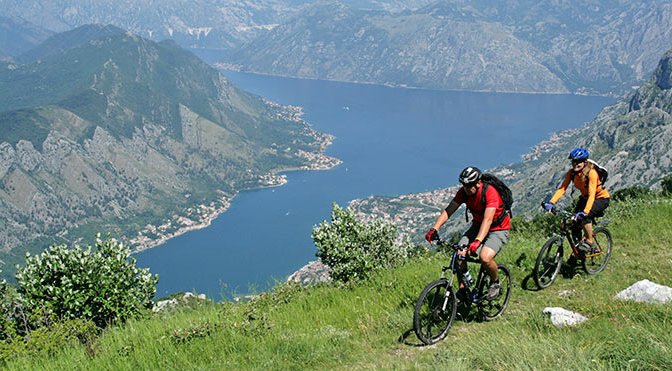 This route is 390 kilometres long and will introduce you to the charms of the north. In addition to the epic ascent to the clouds, the highest roads in Montenegro, driving through the peaks of the mountains Durmitor and Bjelasica, you will also have the opportunity to get to know Montenegrin villages, bridges, monasteries... The route is fully marked with signposts but is strongly recommend to download the GPS data, tracklogs and waypoints, which will make navigation on the route easier and safer. This trail consists of next routes:

NikÅ¡iÄ â Golija â Piva River Canyon â Komarnica â DuÅ¾i â Sedlo â Å½abljak (149km)
The road starts from NikÅ¡iÄ, across Mountain Golija to Å½abljak. In addition to the large number of local villages on this road, the Nevidio Canyon or NeviÄbog, as natives of this area call it since âsun never reaches many of its sectionsâ, will take your breath away.

Å½abljak â ÄurÄeviÄa Tara â Kosanica â Barice â TomaÅ¡evo â Bijelo Polje (95km)
From Å½abljak, while heading east, you will come along to the city of Pljevlja and ÄurÄeviÄa Tara Bridge. That road then winds over the green plateau of the Mountain Durmitor, before colliding with the charming Tara River Canyon. 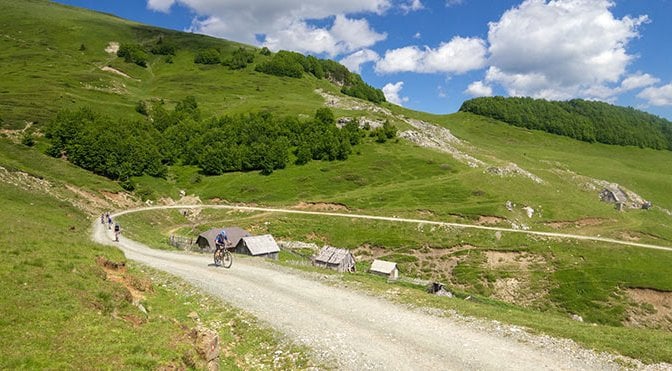 This 300 kilometres long bicycle route will introduce you to the magical east of Montenegro, which is bordered by Bjelasica Mountain and the town of Mojkovac on the northwest, on the southwest by Mountain Komovi; on the south by Plav valley, Plav Lake, Hrid Lake and Albanian border; on the east and northeast by mountain Hajla, the border with Kosovo and the town of RoÅ¾aje, and in the north is bordered by the city of Berane. As described by the visitors, âit is an empire in which heights and distant vistas intertwine with mysterious forests and valleys, and landscapes change and differ as to if they are hundreds of kilometres away.â

For better and more magnificent pleasure, for passing through this region, it is recommended to follow the local lanes through Andrijevica, Berane, Bijelo Polje, Mojkovac, KolaÅ¡in, Plav and Gusinje, PluÅ¾ine, and Pljevlja. 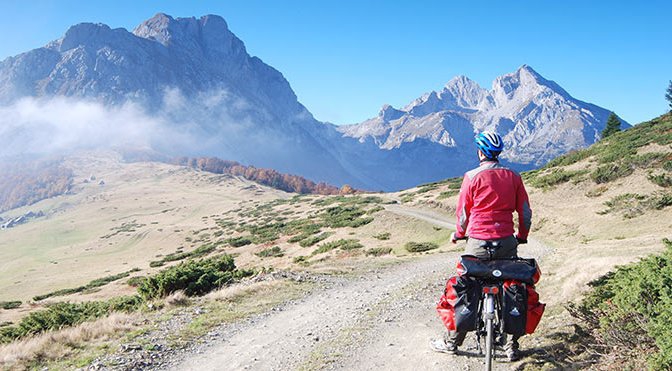 This route starts from Podgorica, Montenegrin capital and it covers the splendid 415 km of Montenegrin landscapes. With nice weather and the necessary equipment, you can count on endless hospitality at almost every step in the katuns and villages.

Podgorica-Danilovgrad-Prekorinica-VuÄje (101km)
The first 100 kilometres of this route takes place on the route Podgorica - Danilovgrad to VuÄje, where you can get to know the cities and their surrounding places and settlements a little better. One of the main attractions on this road is certainly the Ostrog Monastery, whose building, built into a cliff high above the valley, can be reached by an excellent new road.

VuÄje-Lola-Boan-Å avnik-Nevidio-Duzi-BoriÄje-Sedlo-Å½abljak (146km)
The road from NikÅ¡iÄ to the villages of Lola, Boan, and Å avnik is a path full of up-hills and downhills, which partly consists of macadam. When you reach Å avnik, some 14 kilometres of the next road coincides with the route of the previous path mentioned, and includes the canyon of the river Komarnica, and the canyon Nevidio, until you reach Å½abljak via BoriÄje and the pass Sedlo.

Å½abljak-NjegovuÄa-Sinjajevina-Vratlo-Lipovo-KolaÅ¡in (78km)
From Å½abljak, keep going to the east, along the asphalt road to ÄurÄeviÄa Tara and Pljevlja, where the traffic can be more intense in the peak of the tourist season. You reach the crossroads for the village of NjegovuÄa, which leads to the green pastures of the gigantic mountain Sinjajevina, which makes up the next 50 kilometres of the road. A suggestion for a detour is going to ZminiÄko Lake, the hidden pearl of Sinjavina.

KolaÅ¡in-MateÅ¡evo-VeruÅ¡a-Rikavac Lake-Korita-Medun-Podgorica (90km)
From KolaÅ¡in, the road continues towards MateÅ¡evo, along a quiet road, and with good asphalt. Here you will meet the rivers VeruÅ¡a and Opasanica, where they merge and form the river, Tara. Both spring from KuÄki Komovi, which are part of the Dinaric Alps of Montenegro. VeruÅ¡a is also the name for a weekend resort, from where you can reach Lake Rikavac. There are also a large number of katuns in this region. Before the final descent to Podgorica, you shall pass through the ancient city of Medun. 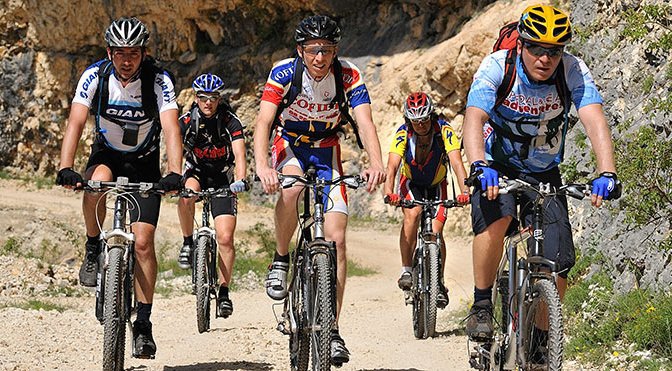 Along this route, you will enjoy the beauties of the southernmost fiord of Europe, the largest lake in the Balkans and the oldest olive tree in Europe. The route is long 237 kilometres, and it covers the cities of Cetinje, Virpazar, Bar, Ulcinj.

Cetinje â Rijeka CrnojeviÄa â Virpazar (39km)
From the exit from Cetinje, the cultural and historical capital of Montenegro, a steep road leads to the CrnojeviÄa River, a remote place that once used to be the largest port and trading centre of Montenegro. From here, there is a magnificent view of Skadar Lake.

Virpazar â Ostros â Ulcinj â Ada Bojana â Ulcinj (100km)
Virpazar lies in the fertile Crmnica field and Crmnica is best known for the Vranac wine, which is one of the most prized wines in the world. It should be borne in mind that this road is very narrow and winding, and one should be very careful especially on the downhills while driving right next to the magnificent Skadar Lake. The lake is the youngest and at the same time the largest natural freshwater reserve in Europe.

Ulcinj â Stari Bar â Rumija â Virpazar (61km)
Ulcinj, as one of the passing locations, is the southernmost town on the Montenegrin coast. Here is also Ada Bojana, where the river Bojana flows into the Adriatic Sea. From Ulcinj, the trail leads to the road of the Old city of Bar, where the oldest olive tree in Europe is located. From here, the road continues to the mountain Rumija.

Virpazar â BrÄeli â GraÄani â Cetinje (37km)
From Virpazar, taking the main road Podgorica - Bar, there is a pass through the villages Brceli and Gradjani, until the River Crnojevica is reached again, from where return to Cetinje starts, the initial point of the trail. 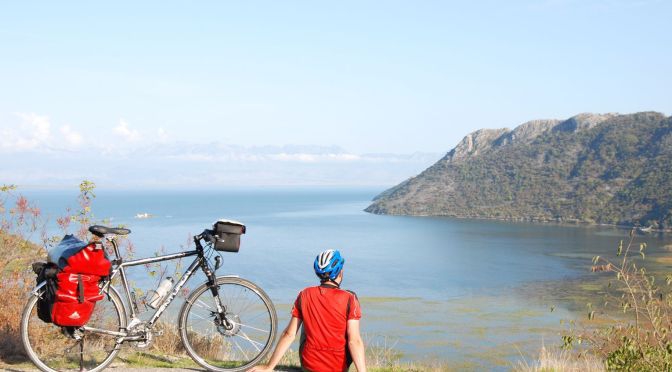 Disclaimer: All of these trails were made by the Ministry of Sustainable Development and Tourism of Montenegro in cooperation with the Regional Development Agency for Bjelasica, Komovi and Prokletije.