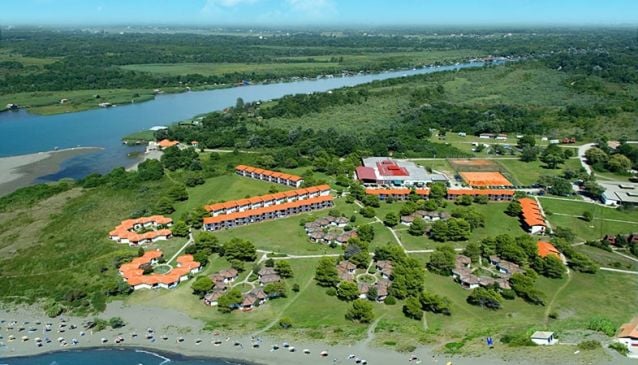 Ada Bojana is an island in the Ulcinj Municipality in Montenegro which was created by a river delta of the Bojana River. Popular Montenegrin legend says the island was formed by river sand gathering around a ship sunk at the mouth of Bojana River, but it is more likely to be a delta in formation. Geography lovers should definitely visit this island as it has formed into a triangle shape with an area of approximately five square kilometres and is located on the southernmost tip of Montenegro, with only the Bojana River separating it from the Albanian territory.

Ada Bojana is a popular tourist destination as it is home to a three kilometre long sandy beach with traditional seafood restaurants serving deliciously fresh fare. It is also an official naturist area, so it is recommended to avoid taking small children. For adrenaline seekers, Ada Bojana offers brilliant kitesurfing and windsurfing locations due to the strong cross onshore winds during summer afternoons.