Turkey and Montenegro have had connections since 1499 and formally established diplomatic relations in 1878. During that period, up to these days, Turkish influence has left a big impact on Montenegro. Regardless of if we talk about cultural, historical or social life, it is inevitable not to mention first the Ottoman then the Turkish influence. This influence is undoubtedly best seen in the northern and central parts of the country, in the cities (former kasaba) which have been under the Ottomans the longest.

Out of the 222 buildings built during the Ottoman period in the territory of Montenegro, today 95 of them are preserved. The documents of the Ottoman archive mostly mention mosques; of the 107 mosques, today 47 of them are still present. The origins of the Ottoman Empire still exist in Bijelo Polje (former Akova), Bar, Berane, Herceg Novi, Nikšić, Plav, Podgorica, Pljevlja (former Tašlidža), Prijepolje, Ulcinj, Tuzi, and Žabljak.

For example in Pljevlja, Husein Pasha’s Mosque, one of the most beautiful and most sacred monuments of Islamic architecture in the Balkans is located. The mosque was built in 1569 and it is an endowment of Hussein-Pasha Boljanić, the imperial vizier, whose origin was from the village Boljanić near Pljevlja. The cultural significance of this mosque is big as it is preserved in its almost original form. In addition to the marvellous ornaments, there is a rich collection of ancient manuscripts in the mosque. Especially important is the Qur'an of the 16th century written in Arabic letters and decorated with miniatures with gold plated. Also, it is thought that a hair from the beard of Prophet Mohammad is being kept in this mosque.

In Plav, Redžepagić's Tower is the oldest and best-preserved monument of Islamic housing and fortification architecture on the territory of Montenegro. Generally, the tower served to protect from the attacks of the Banjani tribe, who lived nearby. To that end, it was set up in such a high place in the centre of the town, to be able to control the surrounding territories. Who built the tower is not known for sure, but it is believed that it was built by Hasan-Beg Redžepagić in 1671. The tower is protected by law as a cultural and historical monument of the second category. Only natural materials - carved and broken stone and wood were used for the construction of the tower and what distinguishes the Redžepagić’s tower from the rest are wooden balconies and the back of the floor made entirely of wood. 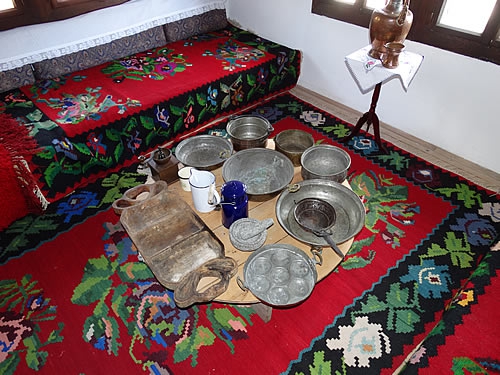 In Herceg Novi, at the entrance to Stari Grad, the Clock Tower (Sat Kula or Tora) is located. The tower was built in 1667 under the orders of the Ottoman Sultan Mahmud, and it served as the main city gate. During the time of the Turkish authorities, the clock was used for signalling the time of the daily Muslim prayers, as a mosque was located right next to the tower. On the wall, near the front door, memorial tables dedicated to the builders of the tower and the founder of the city Bosnian King Tvrtko I, can be found. Thanks to its historical importance, the tower has become the trademark of the city. 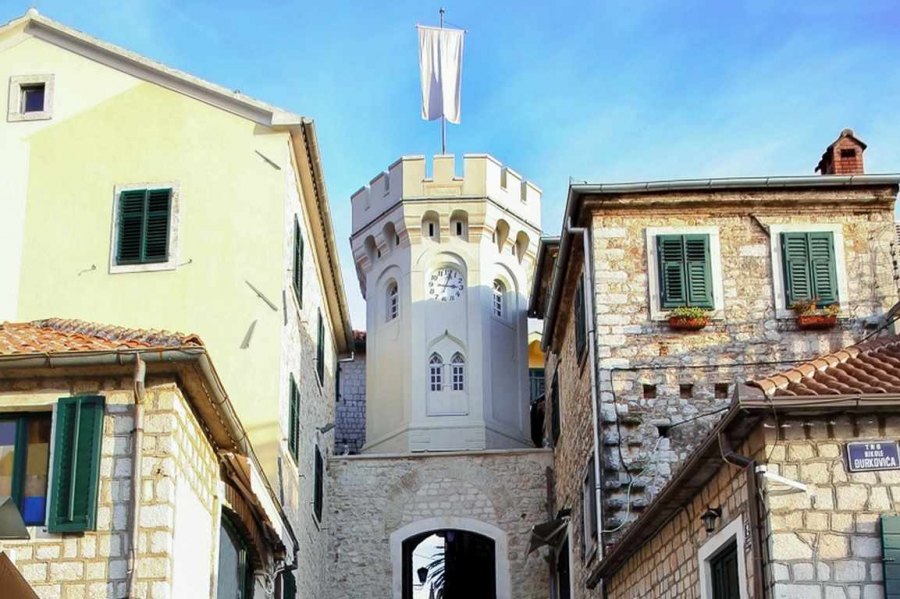 
Also located in Herceg Novi, Kanlı Tower or the Bloody Tower was built in 1539 when Turks retook the city.  Raised at an altitude of 85 m, on the north side of the city, the tower preserved, for the most part, the authentic architecture of that era. On its walls, numerous drawings of various types of galleries, representation of fish, crosses, coats of arms and dates still can be seen. The Turks gave it a final appearance, while the Venetians made certain repairs and attachments. The interior of the fortress contains a well-preserved cistern, which eventually lost its original purpose and became a prison cell. Today, the yard of the tower is used as an amphitheatre for summer festivals (The annual Film Festival is held here, as well as the music festival 'Sunčane Skale'). After the big earthquake in 1979, it was reconstructed and opened for visitors as an open-air museum, and to this day it represents one of the most original summer stages on the Adriatic. 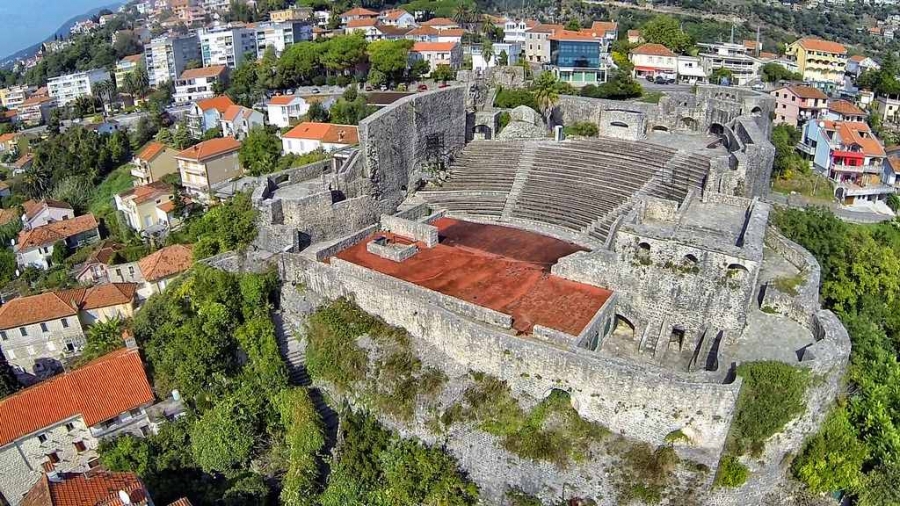 In the Old Town of Bar, during the Ottoman rule the aqueduct was built, the only one of its kind in Montenegro. It was built by Zejnel-Beg Haverić in the 17th century, to supply the Old Town of Bar with drinking water. The total length of the aqueduct is 3 km, and it consists of 17 arches of different widths. After the devastating earthquake in 1979, the aqueduct was destroyed. Today it has been reconstructed for use, but the unique ceramic tube system could not be preserved. 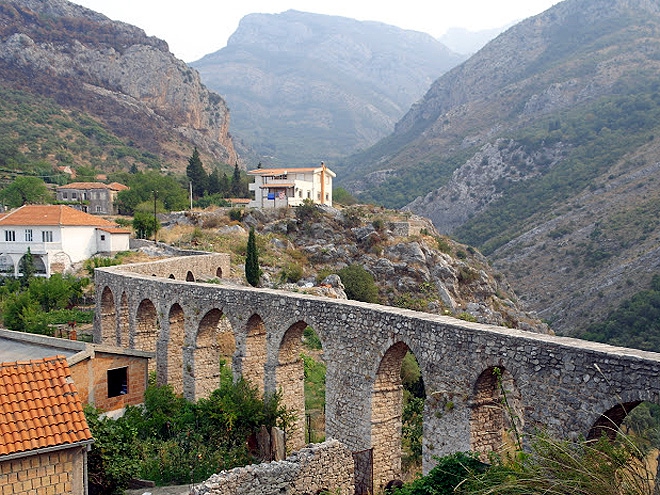 
Near to Bar, taking place at the Skadar Lake, Grmožur Fortress was built in 1843, on the same-named, once-notorious island of snakes. It was one of the defensive points built by the Ottomans to defend the access to Bar and Skadar Lake, besides fortresses Vranjina, Lesendro and Žabljak Crnojevića.  Montenegrin troops liberated the fortress in 1878 and then Grmožur, under the orders of King Nikola, was turned into a prison, which ceased to exist after the earthquake in 1905. It is a complex of irregular shape, with two gates and a circular rectangular base, with a total area of 430 square meters. Today, the fortress is abandoned, but still attracts the eye of many tourists.

Nikšić is a city that, despite wars and destruction, has retained the architecture of the past. One of the most important and famous constructions from the Ottoman times is fortress known as Onogošt or as it is popularly known today as Bedem. The remains of Onogošt are located on a rocky hill in the south-eastern part of Nikšić field. The fortress was built of stone, and its primary function was protection from the enemy. This fortress was something like a city in the city, and those who had the power owned the fortress, from Ottomans to King Nikola. Bedem was built on the foundations of the Roman-Gothic citadel and is 214 metres long. At the highest point, there is an artillery platform. From the fortress, you can see the entire city of Nikšić. The fortress is now the stage for various programs in the summer months, and during August, a rock festival 'Bedem Fest' is organised here. 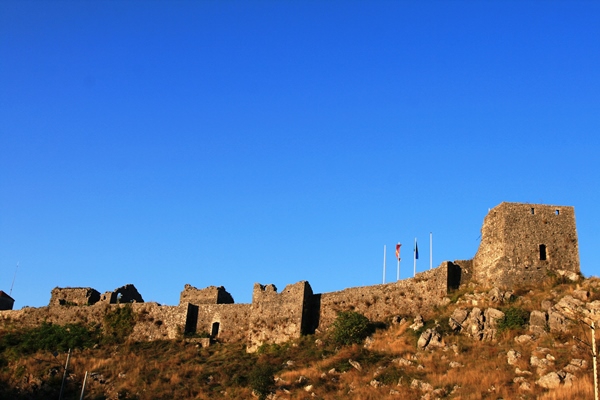 The Clock Tower (Sat kula) in Podgorica is a 16 metres tall tower, located on Bećir-Beg Osmanagić Square in Stara Varoš (Old Village) neighbourhood in Podgorica. It was built at the end of the 17th century by Hadži Mehmed-Pasha Osmanagić. It is a historical trademark of the capital city, and it represents one of the finest examples of the Turkish culture in this part of the country. During the war period, the clock tower served as an observation post and the place where the soldiers gathered to defend the city. Nowadays, near the tower, there are many coffee shops, restaurants, numerous shopping stores, as well as a mosque. 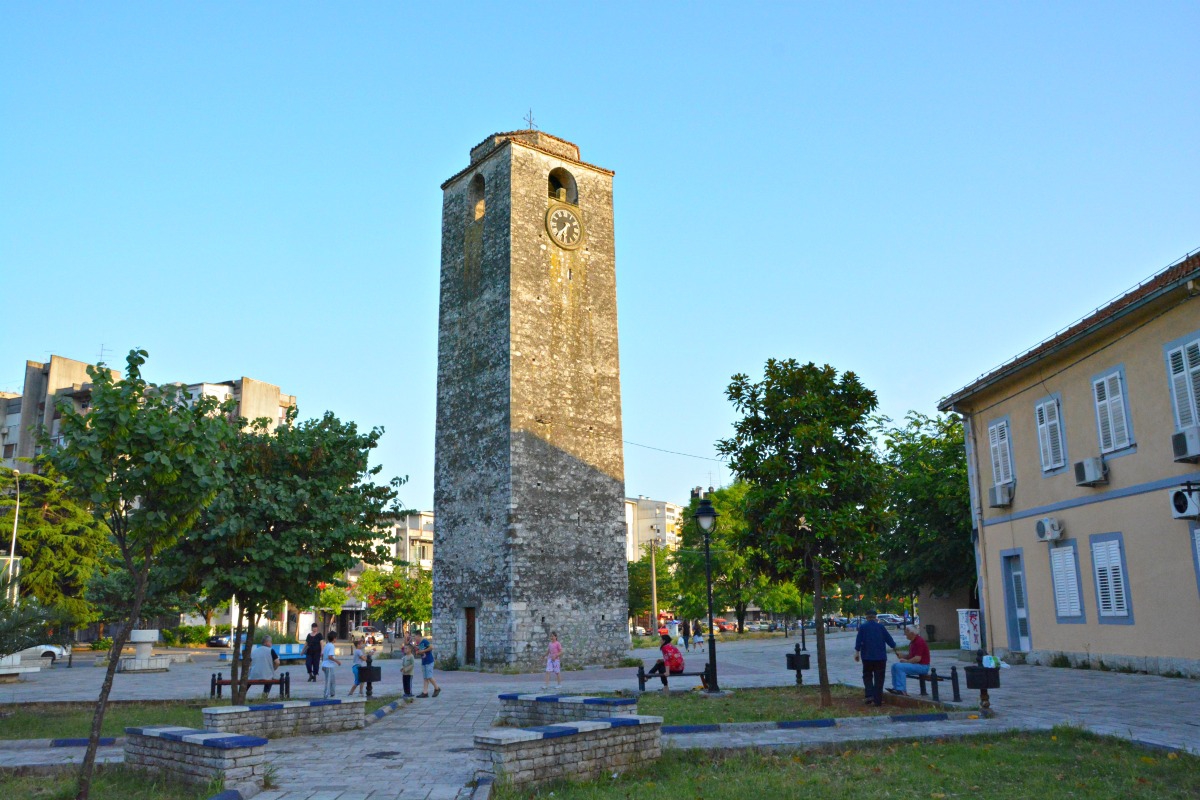 
Stara Varoš, or the Old Town, is a neighbourhood where you can feel the oriental style of the old Podgorica. The Clock Tower, Osmanagić and Starodoganjska Mosques, Hadži-Pasha Bridge, etc., are just some of the monuments of Turkish culture preserved today within Stara Varoš. Also, one of the oldest houses in Podgorica is located here. Built at the end of the 16th or early 17th century, this house or Čardak Krpuljević is an architectural ensemble from the time of the Ottomans. It has been restored and preserved, as an object of cultural-historical importance. Besides, Turkish bathhouse or Hamam, which used to exist here for years, has been transformed into a brilliant cultural centre, right here at Stara Varoš.


The rich cultural relations between Montenegro and Turkey continue to exist, after so many centuries, with both sides being proud of the common cultural heritage they share.
Written by: Irena
PUBLISHED: Apr 21st 2022