Hot List Inspiration Lifestyle
On May 22nd, Montenegro has regained its independence from Serbia and became one of the youngest countries in the international community. In this text, we wish to bring you some less familiar but certainly interesting facts about this small Balkan country on the Mediterranean.

At the surface of just 13.812km2, more than 60% of the country has peaks higher than 1000 metres, with Zla Kolata in Prokletije being the highest mountain point â 2,534 metres above sea level.

Also, Montenegro is the home to the highest Mausoleum in the world. Rising from the magnificent Boka Bay, and sitting on the top of the LovÄen Mountain at 1657 metres above sea level, it takes 461 steps to reach the place where one of the Montenegrin greatest rulers and poets, Petar II PetroviÄ NjegoÅ¡ sleeps. Mountain Lovcen is also one of five national parks in Montenegro.

The second deepest canyon in the world, and the deepest in Europe, Tara Canyon flows through Durmitor National Park in Montenegro. The canyon is 82 kilometres long and at its deepest point, it is 1.300 meters deep. You can explore this UNESCO World Heritage Site area by rafting along a one-mile long path or go for the largest zip line in Europe, crossing from one river shore to another.

At the border between Montenegro and Albania, the largest lake in the Balkan Peninsula, Skadar Lake lies.  The 2/3 of its surface stretches in Montenegro. The lake's surface is six metres below sea level, which makes it a unique crypto depression, the biggest one in Europe. Skadar Lake is also one of the biggest bird preserves in Europe; it is home to over than 280 bird species, and the most popular ones are the Dalmatian Pelicans.

Skadar Lake has around 40 islands and islets, on which there are numerous monasteries and fortifications. One of the most famous ones is GrmoÅ¾ur, which used to be a prison. Only one prisoner managed to escape from GrmoÅ¾ur, and he is popularly known as the Montenegrin Alcatraz. 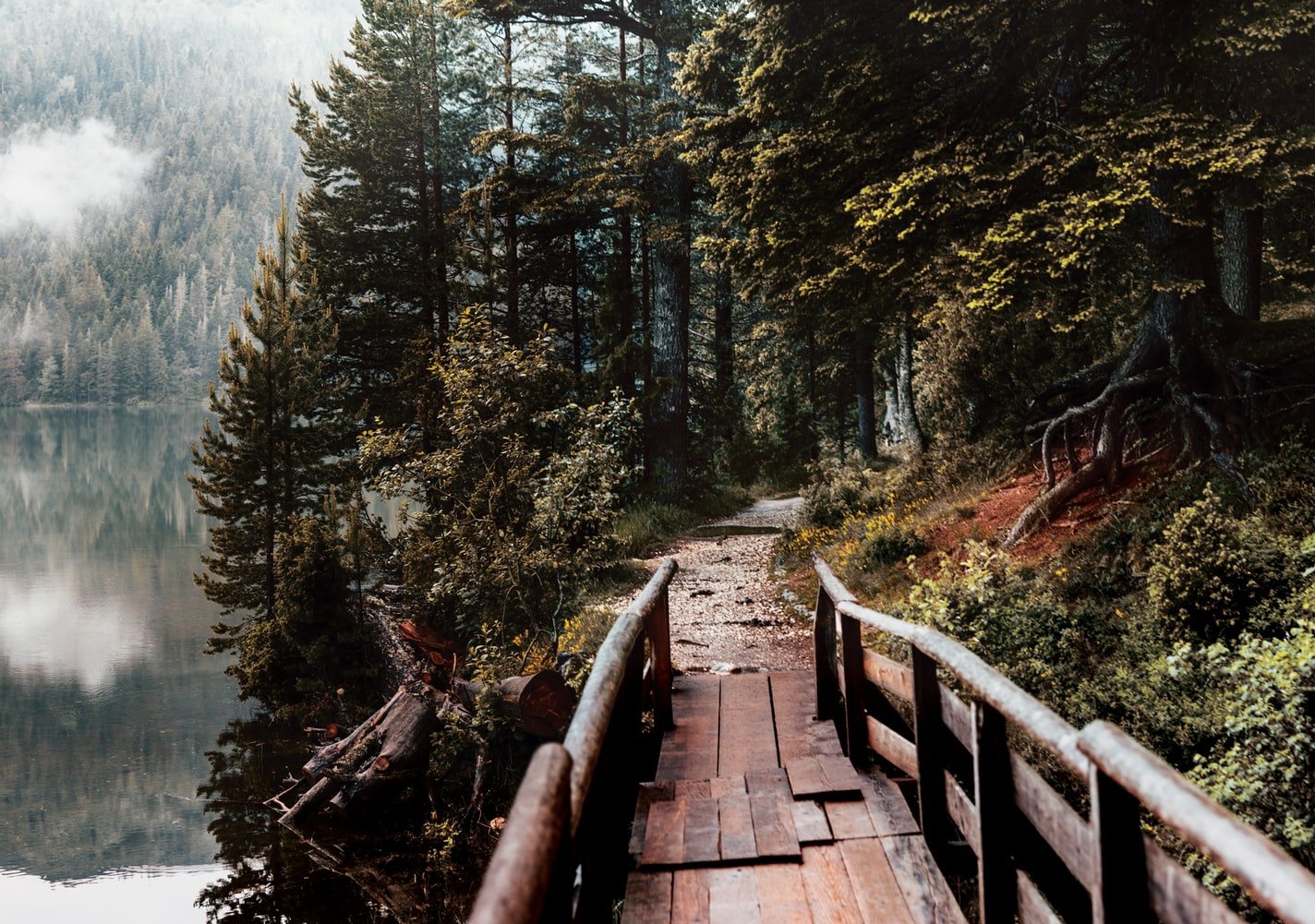 Montenegro has a total of 117 beaches, along the 294 kilometres of coastline, and the Velika PlaÅ¾a in Ulcinj takes the title of the largest beach at this part of the Adriatic. With its clean water and fine sand, this beach is 13 km long and 60 metres wide. Additionally, Ulcinj is one of the sunniest cities on the Montenegrin coast, with an average of about 2,530 hours of sunshine a year.

Stara Maslina or the Old Olive Tree, in the town of Bar, is known as one of the oldest olive trees or according to many, the oldest olive tree in the world. More than 2,000 years old and with a volume of 10 metres, this olive tree is one of the greatest attractions of the city. Another interesting thing is that in Bar, more than 10.000 olive trees are more than 1.000 years old. The city of Bar is well known for its olive oil, called Barsko Zlato, that can be purchased in all the bigger markets around Montenegro. 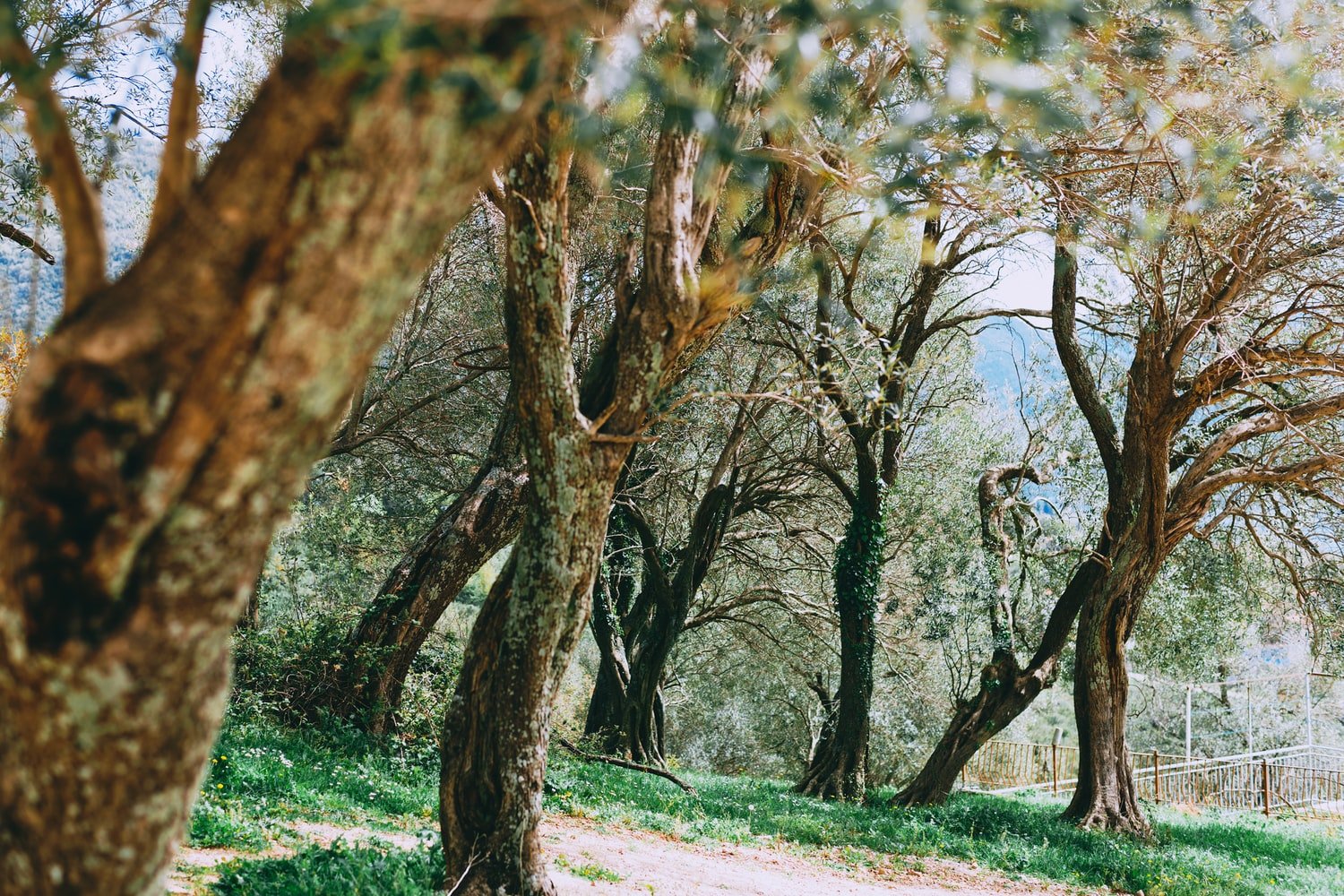 The picturesque towns of Kotor, Tivat, Herceg Novi and Risan surround the winding bay of Boka Kotorska, the breath-taking bay on the Adriatic Sea. Formerly given the status of the southern-most and deepest fjord in Europe, it is an islet formed by the partial submergence of a river valley.

River Bojana is the only river in the world that flows upstream, due to its geographical configuration. It is also considered that the river has two gorges.

The 10 % of the country's surface is covered in 5 national parks. One of them is NP Biogradska Gora which is one of the three last remaining virgin forests in Europe. 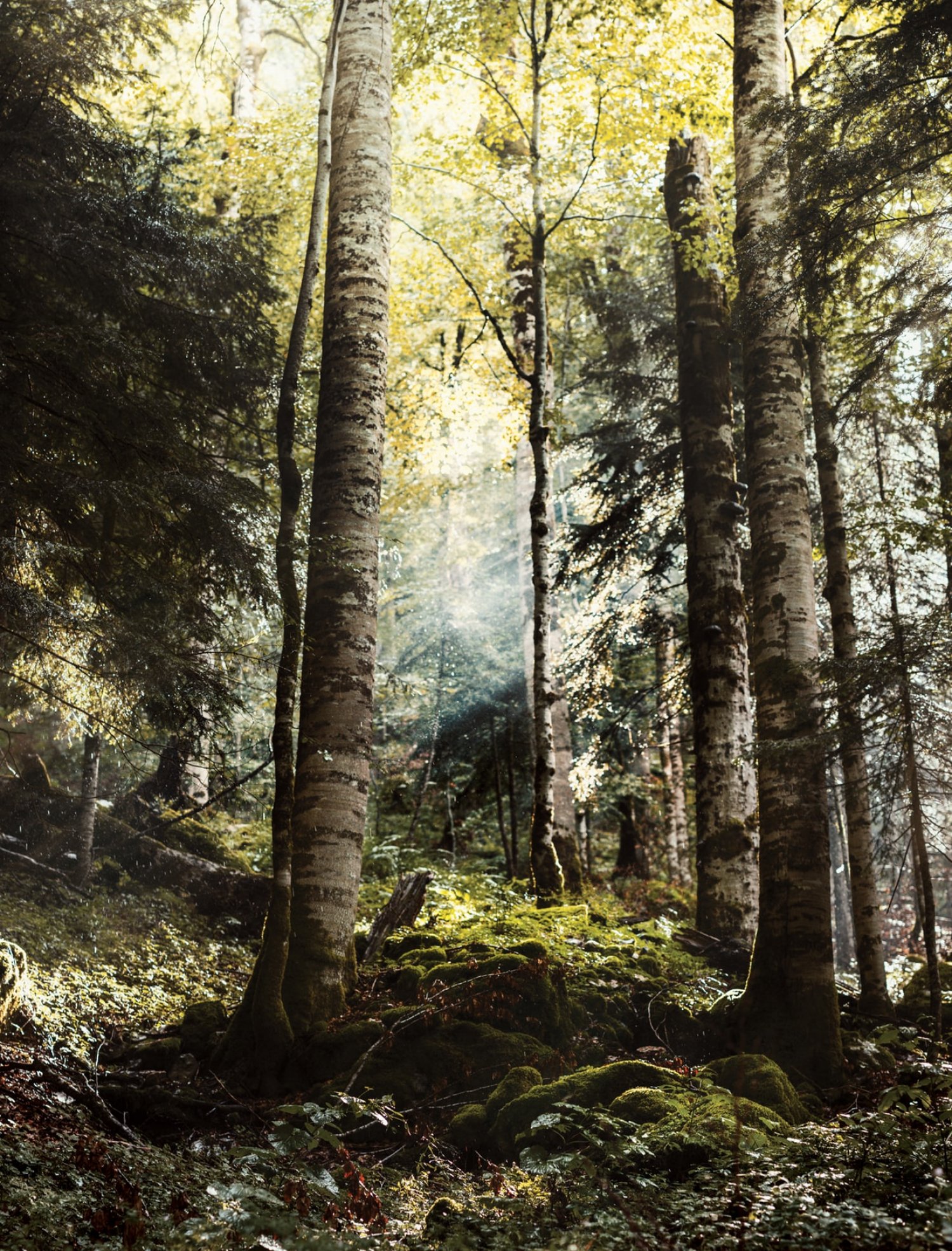 GurdiÄ is one of the most unusual rivers in the world because it is a river without a riverbed. It is located on the south side of the Old Town of Kotor. During rainy days, the river goes from the cave hatch and returns the seawater, which enters like a bay, into the sea. When it dries up, GurdiÄ gets lost in the abysses of the LovÄen Mountain in the hinterlands of Kotor Bay and its basin is filled with seawater. Gurdic is a natural phenomenon called estavel.

Ostrog Monastery is in of the most visited religious places in this part of Europe. It is carved in the rocks on the side of a mountain, and with this unique position/location attracts millions of visitors, especially Orthodox believers and worshippers. Particles of the Holy Cross and the hand of Saint John the Baptist are located here.

Additional Religious Fact
Three famous Christian relics are located in Cetinje Monastery. These are the hand of Saint John the Baptist, the particle of the Holy Cross of the Lord and the icon of the Most Holy Mother of God Philermos.

Another sacred place important for the members of the Islamic community is Huesin Pasha Mosque in Pljevlja. The mosque dates back from the 16th century, and an extremely valuable relic is placed here - a hair from the beard of Prophet Muhammad.

Kotor is a medieval town, considered to date back before Christ. Another interesting fact is the Saint Tryphon Cathedral, located in the heart of the Old Town, was supposed to be built in Dubrovnik, but due to bad weather conditions, it was decided to build it here, thinking it was the wish of the Saint Tryphon. The Cathedral is 50 years older than the Notre Dame Cathedral in Paris.

Montenegro was the first country in the world that was officially declared an ecological state in 1992, writing about ecological protection in its Constitution:

âWe, the members of the Parliament of the Republic of Montenegro, are aware that due to the threats to nature, the protection of the identity of the area in which we live and work became our immediate and timely obligation. Being aware of our debt to nature, which is the source of our health and inspiration of our freedom and culture, we are drawn to its protection in the name of our survival and generations to come. Man and nature within and around him are complete only in their depth, both in their essence and designation. Therefore, the abuse of man has always been followed by the abuse of nature. In this sense, opting and fighting for human dignity, we are called to fight for the dignity of nature. Adopting this Declaration, Montenegro is establishing the state policy towards nature and calls upon the wisdom of the people to prevent an environmental disaster that threatens us.â

Montenegro is amongst the top ten countries in the world when it comes to the use of telephones per capita. Each resident has an average of 2 phones.

Village Crkvice in Montenegro is the place with the highest annual rainfall in Europe; total annual precipitation of 5,000mm. In contrary to this fact, Montenegro is a country with very high insolation and for instance, the city of Bar has over 290 sunny days during the year.

Montenegrins are some of the tallest people in the world with an average male height of 1.832m (6ft). They share the first position on the European continent with The Netherlands.

One of the most successful actors in the world, Brad Pit, has had his first professional role filmed here in Montenegro. âThe Dark Side of the Sunâ was his debut movie and it was filmed in Kotor in 1987, right after the city was re-opened for the visitors and inhabitants, after the great earthquake in 1979. 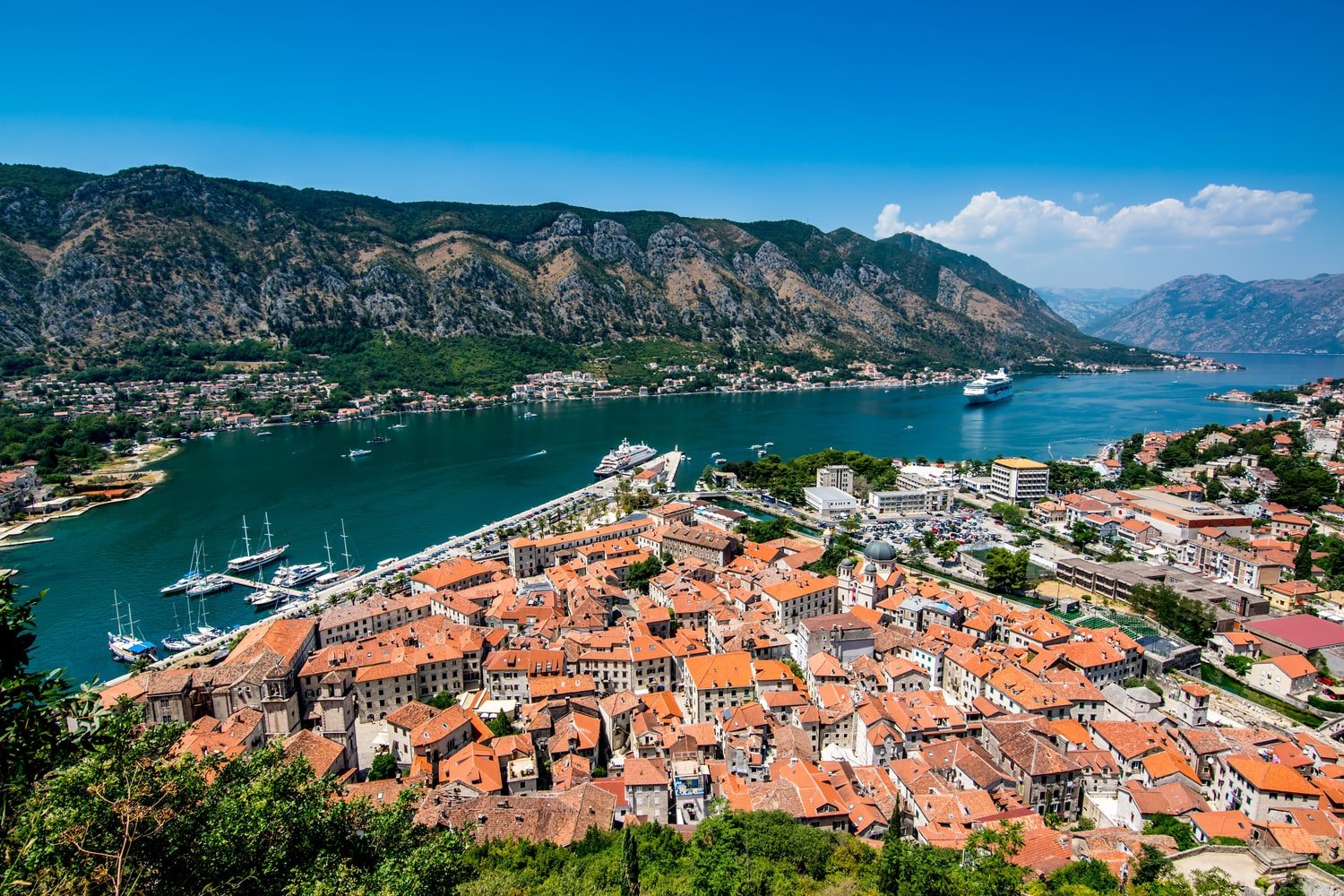 The infamous scene from the Casino Royale movie, on the James Bonds movies, was filmed in Casino Royale BeÄiÄi, now Merit Casino Royale Splendid. Although it is said that the movie wasnât filmed in Montenegro at all, and it was just used for setting, we suggest you visit the place and see it for yourself, and even maybe go for a game of poker just like James Bond did.

Montenegro was the first country in the world to have a national printing house â âÅ tamparija CrnojeviÄaâ. In 1493, in the territory of todayâs Montenegro, first Cyrillic book in the Slavic South, âOktoih Prvoglasnikâ, was printed at this printing house. It represented a unique cultural phenomenon of European proportions in medieval Montenegro.

Additional Fact
Montenegro is the first country to introduce mail by car in 1903. Besides, the first intercity bus line in Europe connected Podgorica and Cetinje.

Montenegro is increasingly becoming one of the most popular destinations, so it is not surprising that it is often found in world-famous magazines as a suggestion for your next trip. Take a look at some of the articles written about Montenegro.


Despite COVID-19 pandemic, assuming its size and natural beauty with an unlimited number of uncrowded places to visit, Montenegro is our recommendation for your travels in 2021.