What's On in Kotor - Events with Tradition

Kotor has always been the cultural centre of Montenegro. It is well known as the city that never sleeps and in the last 10 years, this town was Montenegro’s finest when we talk about nightlife and having fun. We talked about Kotor’s history as a town, let’s continue now about Kotor’s events with tradition. 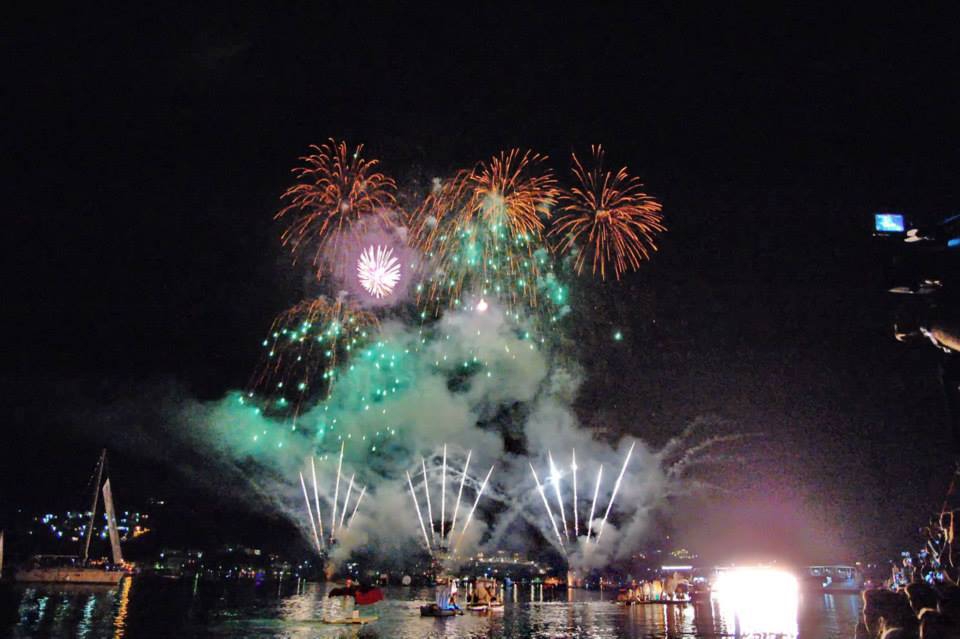 This event is held every year in February. It represents the richness of the spirit, with many people from Montenegro, region and Europe coming here to show their masks and have a great time.

You are not limited by your age, or your personal life, or ethnic group. You are here to have fun and to see and feel the spirit of the real Mediterranean. Every group is independent and can do whatever their interests ought to. The main goal is to feel the town reunited through exploring the past and cultural values. 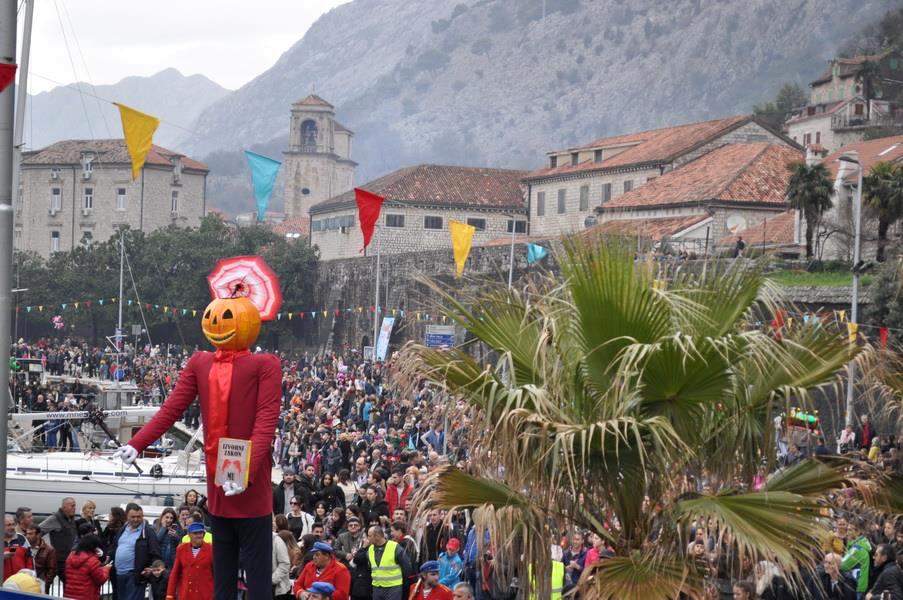 Kotor’s winter carnival has the vibe that all the big carnivals in the world have.  In February 2018. this carnival celebrated 500 years of existence! That’s A LOT! Just imagine what happened to the world from the time when Kotor’s winter carnival happened for the first time! You can feel that tradition it brings, even if you are only a spectator and admirer. It’s all around you. It’s in the air. It’s in the people around you. It’ in the 'great walls' of Kotor. It’s everywhere. 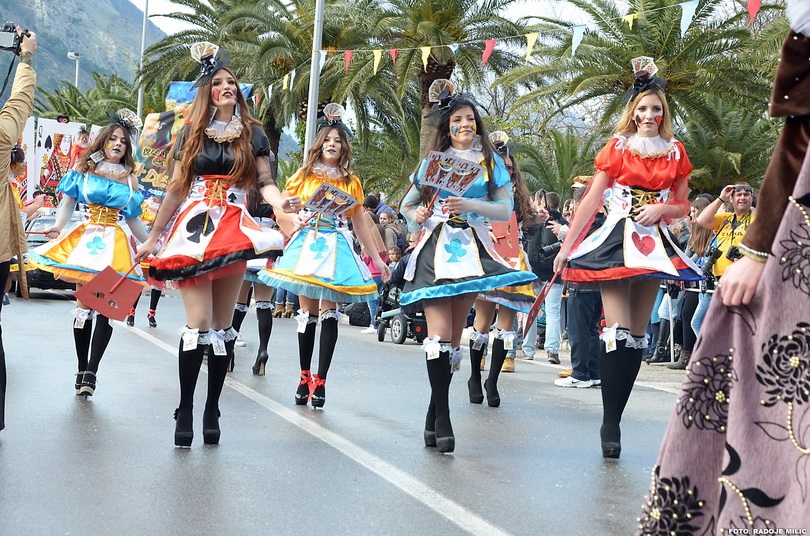 The organisers of this carnival are Culture Centre Nikola Djurkovic from Kotor, Tourism Organisation of Kotor and Kotor Municipality.

In the last years, this cultural and artistic event became really important for the culture of Montenegro. With its program, long tradition and great organisation Kotor Art is standing strong in Montenegrin’s cultural scene. 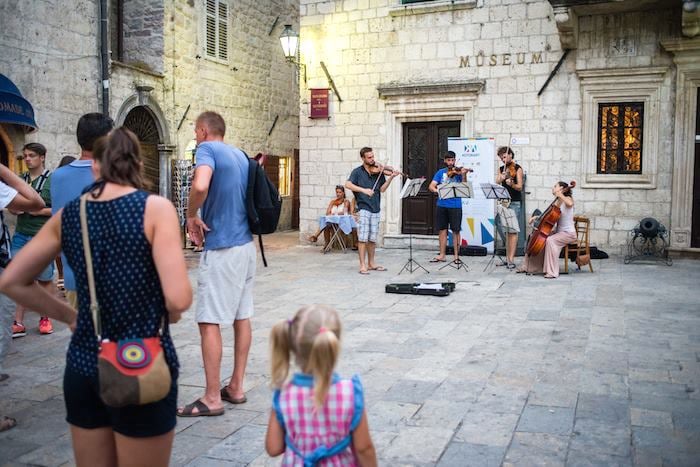 Thanks to the incredible management of this organisation, international connections were established easily and Kotor Art started gaining its international glory, putting Kotor cultural scene in the spotlight. In the recent years, this event has got a lot of important sponsors, such as Lustica bay, that recognised the value of this festival and wanted to support it by all means. 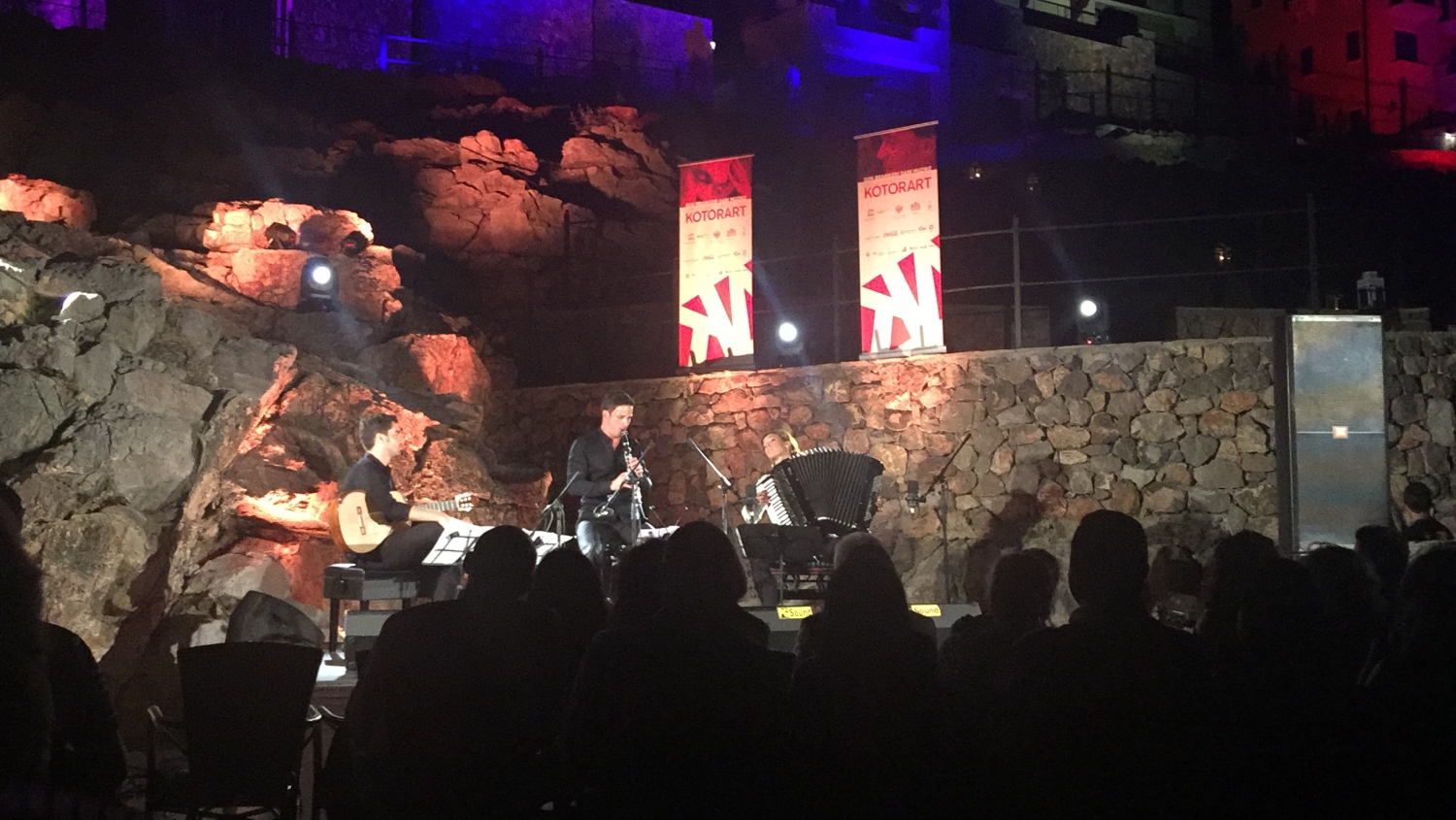 The Kotor Art program is made of several different events, so let us introduce you to some:

- Festival of Theatre For Children

This festival is 22 years old, and it’s dedicated to children, to the love and joy that they're spreading to the world!

This event is one of the most interesting from Kotor Art program and it is the one that affects the tradition of this festival the most. It was named after Don Branko Sbutega, who was the original founder of the Kotor Art, which was dedicated to classical music back then.
Don Branko was a Catholic priest, born in Kotor to mother Montenegrin and father Croatian. He was loved and appreciated by his fellow citizens and he was giving his efforts in maintaining Kotor's cultural values, by writing numerous books and organising cultural events. 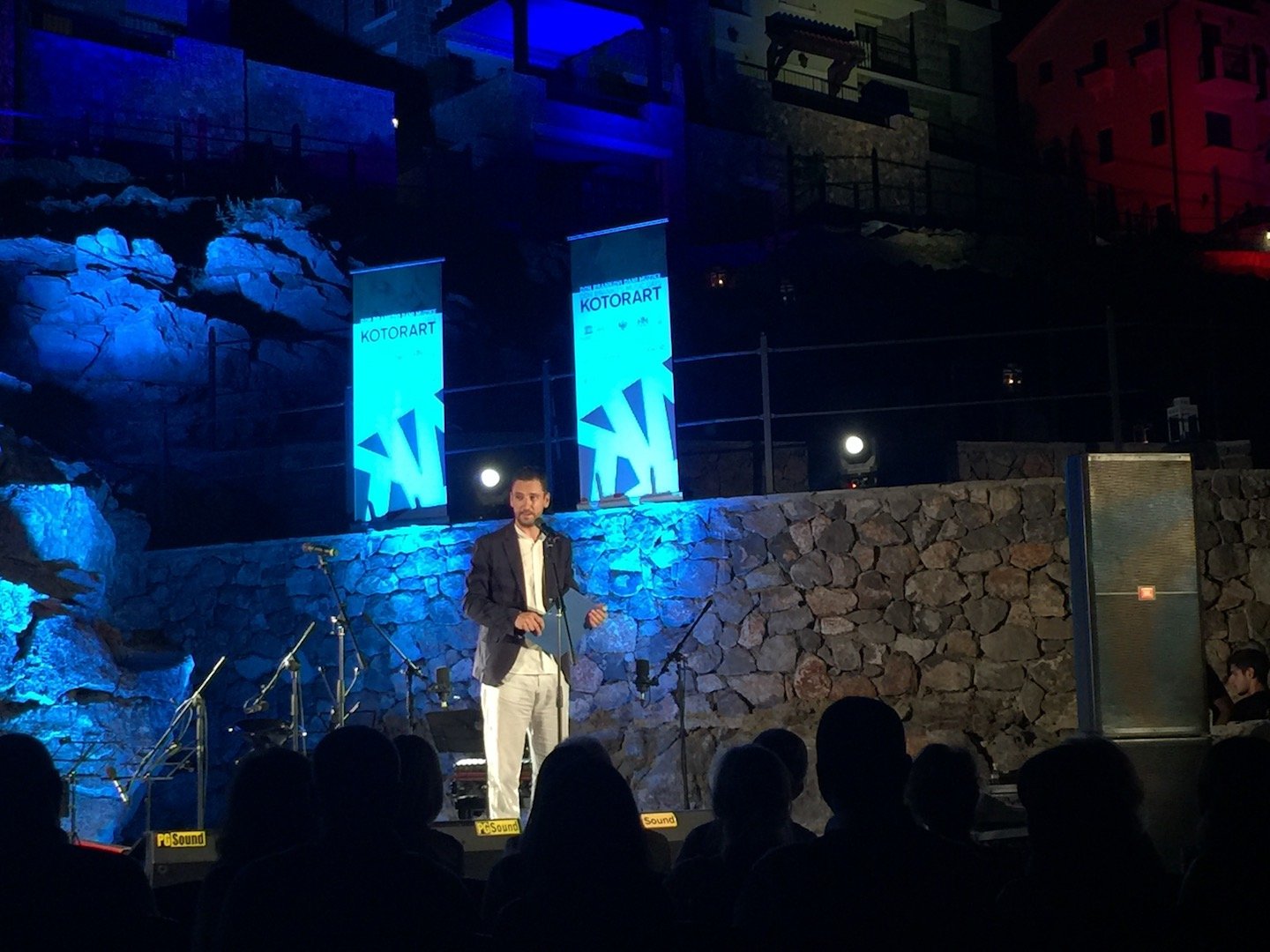 Today, Don Branko's Music Days is the most important event of the Kotor Art festival and it is getting so many famous classical music names and troupes to Kotor, pointing out the real values and qualities of the music art, especially now when young people are enchanted by commercial music with low quality.

Klapa is a local word for a group of people singing together, usually a capella. This type of performing is the most popular in Dalmatia, Croatia, but it was easily expanded to Boka Bay. Klapa Music is really popular in Kotor and Boka, so this part of Kotor Art festival is perfect if you want to see something that really is the tradition for this part of the Mediterranean. 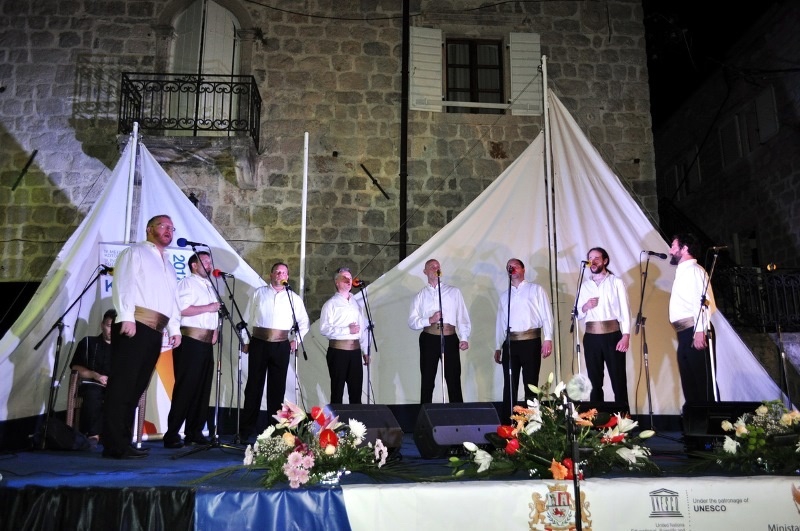 Boka Night appeared for the first time about 200 years ago. Because of the Boka night, Kotor’s creativity became popular and well known to the world. It started when Kotor was part of Venice and the very first name of this festival was 'The Venice Night'. Later renamed to Boka night, and with the exceptions of the great wars, it’s being held every year until now. 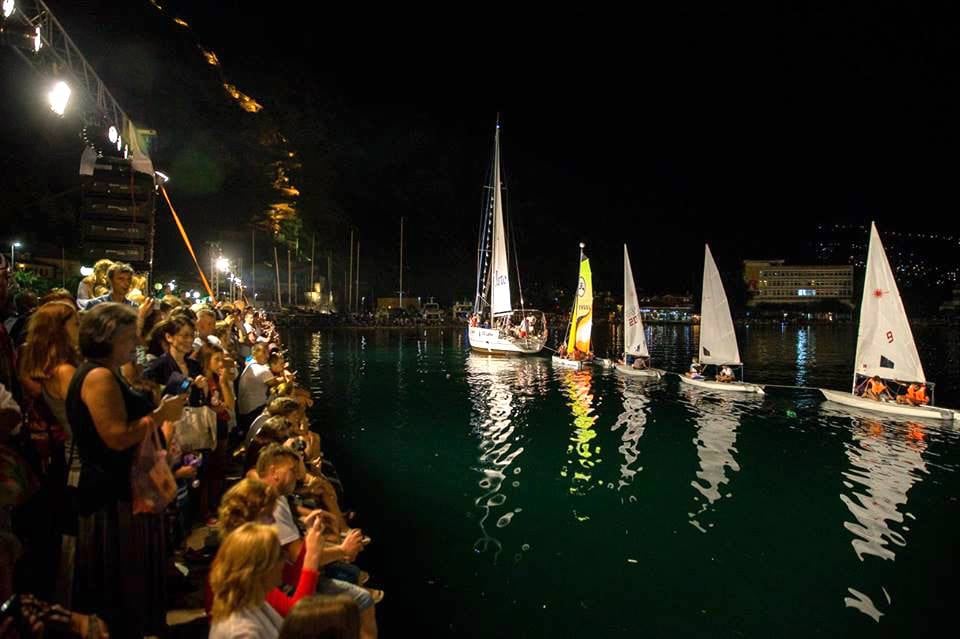 This event is a kind of a costume ball except the costumes are not for people, but for boats. With the amazing light effects, the party is not just at the sea while you watch the boats but all around the town, with music, dance and great atmosphere from the early morning hours. At the end of the night, the best boat is announced and gets the award. As we said, this is an ancient event, so it has a really great tradition and is very important, not just for the people of Kotor, but the whole Boka Bay and Montenegro. 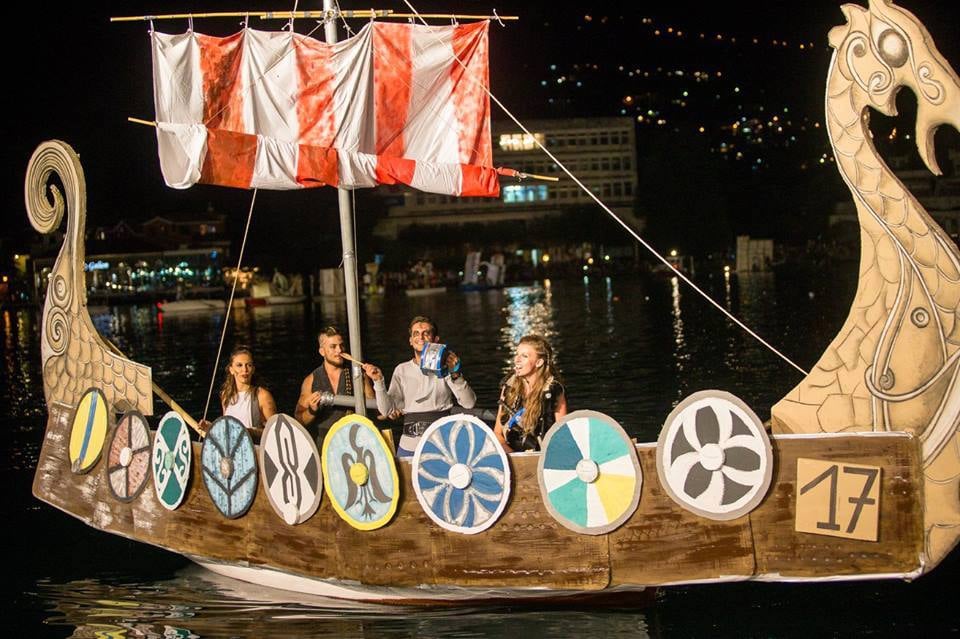 Source TO Kotor / One of the boats at Boka Night

Every Boka night speaks for itself and is awesome in its own way. But, according to the stories, there were two Boka nights to remember when this event really was something special. The first one is the Boka night in 1939. and it was held in presence of British king Edward and his fleet. People say that the hills above Kotor were 'burning from the lights of English ships'. The second one was held in September 1959., in honour to Josip Broz Tito, the president of ex Yugoslavia. That was the only Boka night that was aired two times in one year, featuring the nights in August and September respectively. People say that the night in September, dedicated to Tito, was the most beautiful Boka night ever.

Every year in August, the people of Kotor have their summer carnival at the open space of the main city street in front of the walls of the Old town. This is probably amongst the favourite events in Kotor! Just like winter carnival, the summer carnival is intended for fun and celebrating on the streets. This carnival was the winner of WBA’s award 'The best event of Montenegro' in the year 2005., that is given by the National Tourism Organisation of Montenegro. 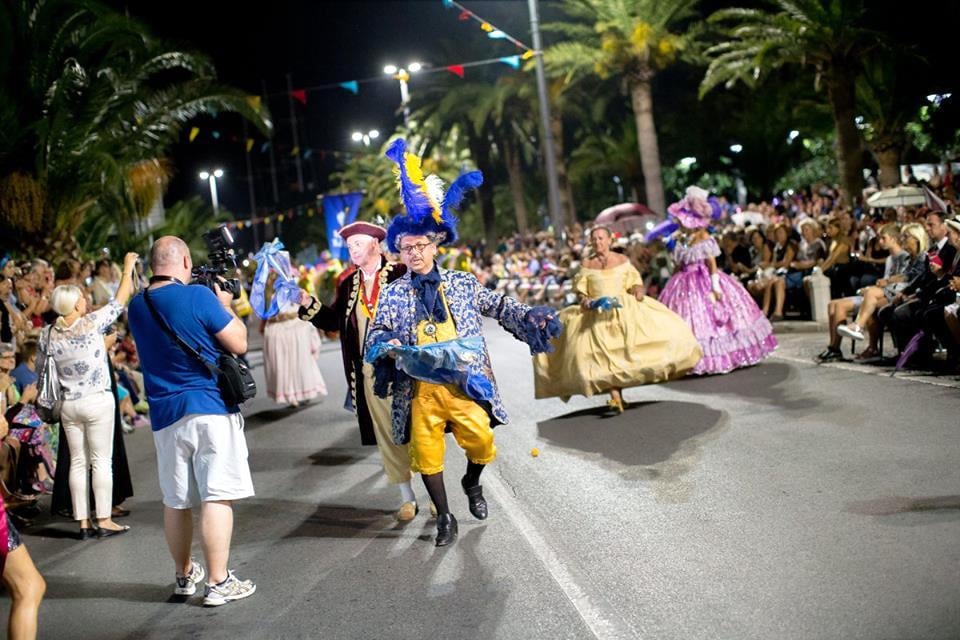 The only thing you need to do is to put on the mask of your favourite character and come out on the streets of Kotor and celebrate!

Besides these larger, international events,  Kotor also has smaller events that are worth mentioning:

* Camelia Festival is a traditional event that represents beautiful arrangements of the Camelia flowers all around Boka Bay and especially in the small village called Stoliv, where the main event of this festival takes place. It is all about the flowers of camelia, one of the most famous flowers from Boka Bay, together with the mimosa. 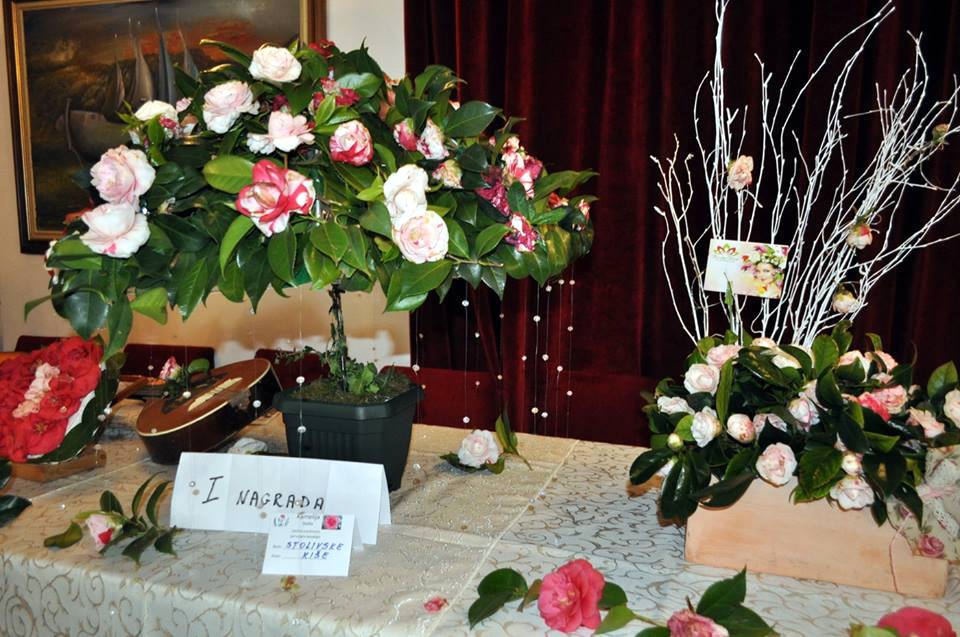 * Prcanj Carnival is a traditional carnival that takes place in the small town of Prcanj near Kotor. 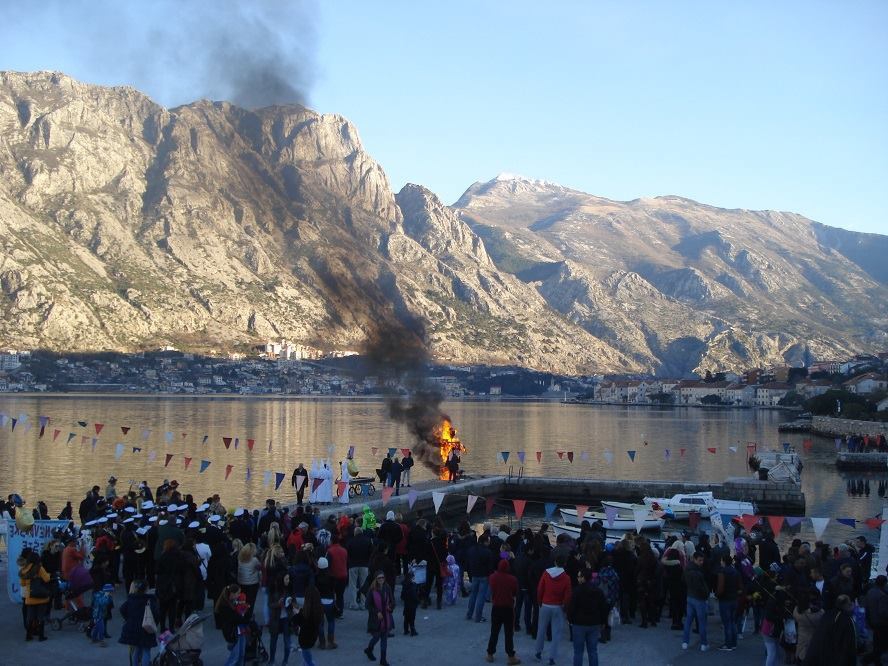 * Sea Rock Festival is a newly established festival, compared to some events mentioned above, that grows larger every year. It shows the culture of Rock and Roll with a lot of bands from the region and the world, coming to play at the well known Ljetnja pozornica (Summer Stage). 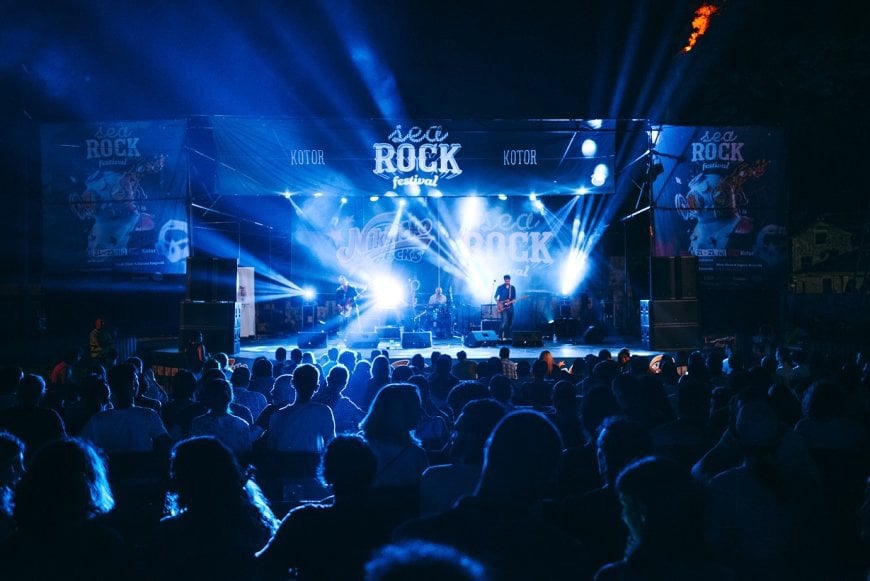 * Rooster Shooting presents the symbol of our win over Ottomans, with Boka mariners playing 'Kolo' the traditional dance of this Montenegrin region. The one that hits the rooster gets the towel that has written the year when we’ve beaten Turks and gets free wine. 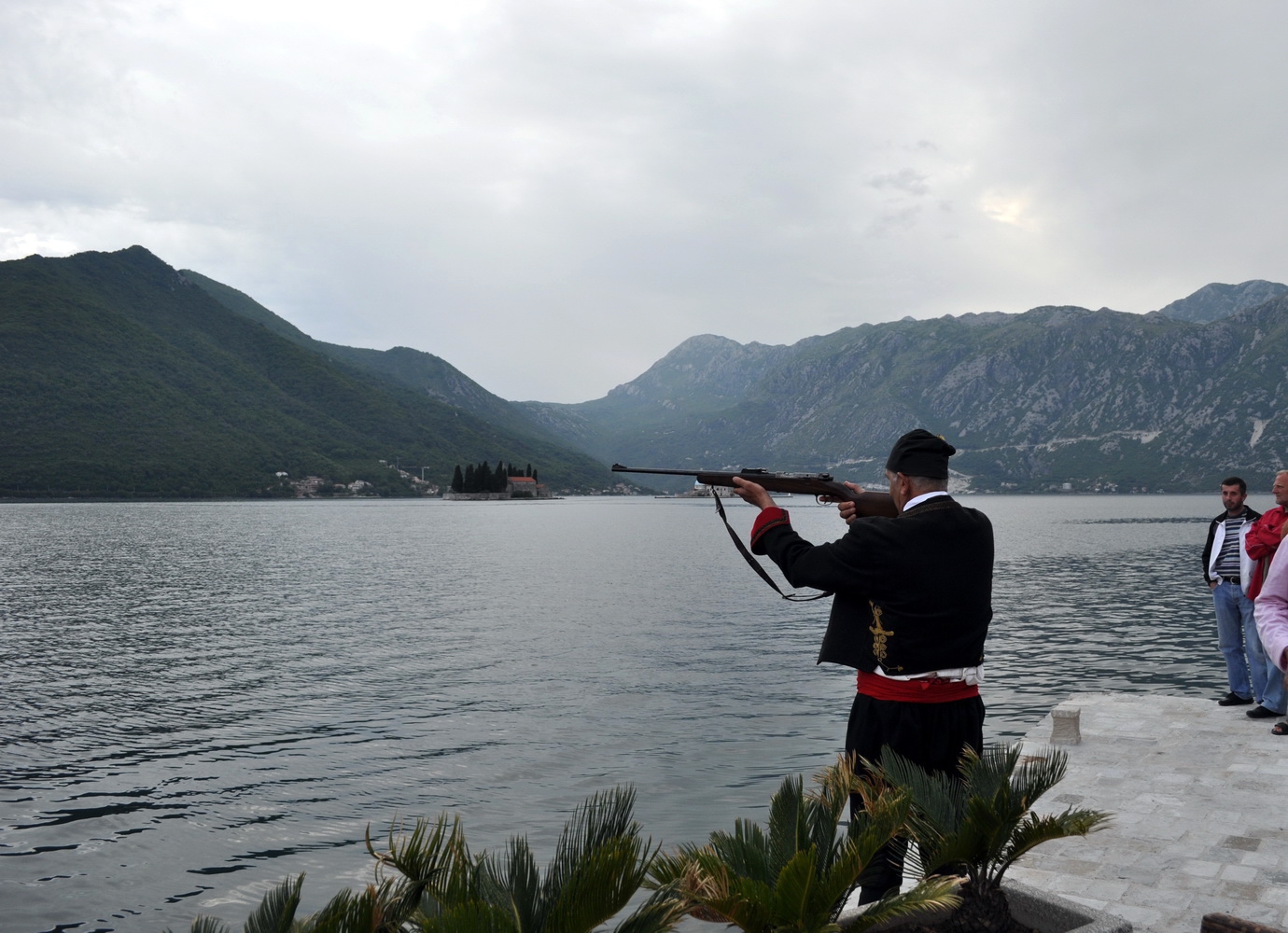