One of the most common questions I get asked since I have moved to live here in Ankara is whatâs the food like in Montenegro and how much it differs from Turkish food. For me, it was very easy to adapt and fall in love with Turkish cuisine because itâs not that much different from Montenegrin cuisine, and the reason is the influence that Turkish culture has had over ours for centuries long rule.

Turkish cuisine is often regarded as one of the greatest in the world. Its culinary traditions have successfully survived over centuries thanks to its favourable location and climate. Variety of products cultivated in Asia and Anatolia, cultural interactions with other peoples and nations through historical conquests and the location between the Far East and the Mediterranean Sea, are just some of the reason why Turkey has been able to sustain a lasting and influential cuisine.

When we speak about the influence of Turkish cuisine especially on the Mediterranean countries, it is necessary to mention the expansion of the Ottoman Empire to these regions. In recent history, the Ottomans controlled parts of the Middle East and Europe, Inner Asia and Egypt. This has helped them to gain complete control of major trade routes, and having an ideal environment thanks to the convenient climate, allowed plants and animals to flourish. Such advantages helped to develop and advance the influence that Turkish cuisine is going to have in the upcoming years. Not only they have spread the influence of their own cuisine, but Turks have also spread influences they have gained from other countries. 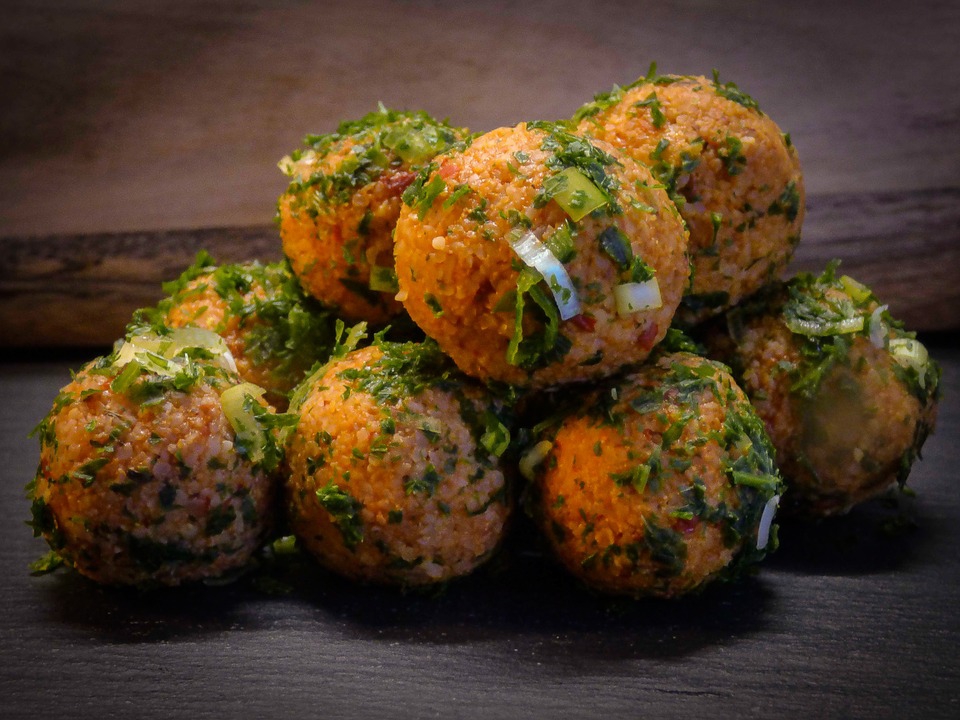 The Turkish art of cooking varies across the country, from Istanbul to Bursa, Izmir, Adana, Gaziantep all the way to Trabzon, and other cities. The centre of the Turkish cuisine is the Marmara region, which includes Istanbul as the culinary epicentre, and other cities like Edrine, which is widely known for its cheese, and Bursa for dÃ¶ner kebab. The Aegean and the Mediterranean region, which goes all over to the coast of Izmir, is abundant in fish, seafood, and vegetables. The Black Sea regionâs cuisine uses fish extensively especially the Black Sea anchovy or hamsi. Rize is famous for its high-quality tea, which is distributed all over the country and abroad. Central Anatolia has its own specialities such as mantÄ±, keÅkek, peynirli pide, and gÃ¶zleme, while the South-East Anatolia region is famous for its sweets like baklava, kadayÄ±f, and kÃ¼nefe in the cities of Urfa, Gaziantep, and Adana. Eastern Anatolia its renowned for its ayran, cheese, honey, yoghurt, kÃ¼rt kÃ¶ftesi or meatballs etc. 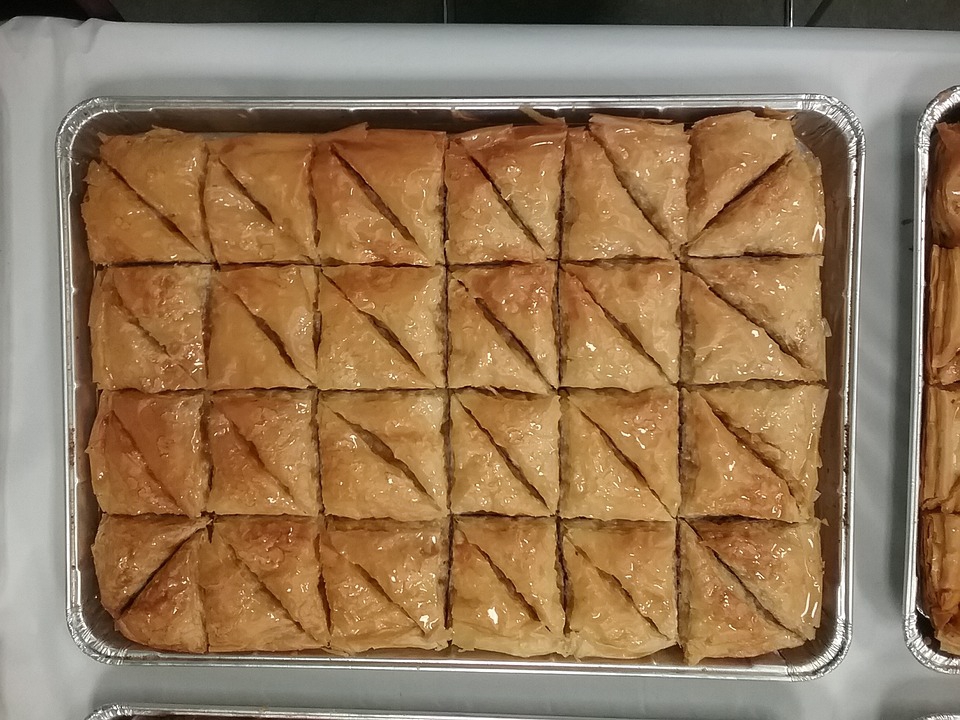 Montenegro, just like most of the Mediterranean countries that have been under the Ottoman and Turkish influence once during their history, shows a certain influence of the Turkish culture, even today. Centuries spent under the Ottomans have left a deep trace, not only on our history and culture but also on our cuisine and culinary skills. Montenegrin cuisine offers as much diversity as its nature, varying from the coast to the central and northern parts. Being close to the sea, coastal food consists mostly of a lot of fish, seafood dishes and salads. In central Montenegro, meat (pork, beef, mutton), vegetable salads are the most widespread, while northern parts are mostly known for different sorts of cheese and dried meat like prosciutto - one of which is protected as a national Montenegrin product and it's called Njeguski Prsut. Fresh, organic and mostly local products are the main components of every Montenegrin meal, whether itâs the village food weâre talking about, or the food served in restaurants. With its turbulent history, influences from Serbia, Croatia, Turkey, and Austria have left their marks on our traditional recipes. 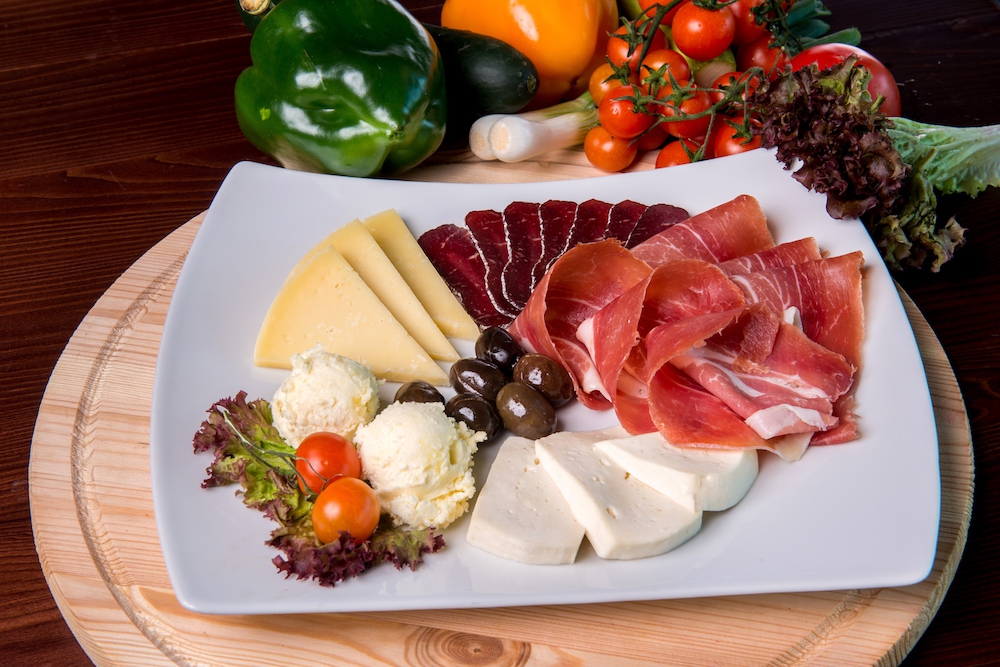 Most of the dishes and sweets that have remained in this area (not only Montenegro but the whole Balkan area) have remained in a slightly modified form, as we have given them our own mark. For example, some of the most wide-spread and favourite meals like sarma, burek (bÃ¶rek), mantije (mantÄ±), stuffed peppers (dolma), Äufte (kÃ¶fte; eng.meat balls), pilav, baklava, helva (halva) etc. are actually Turkish meals, prepared in a slightly different way. 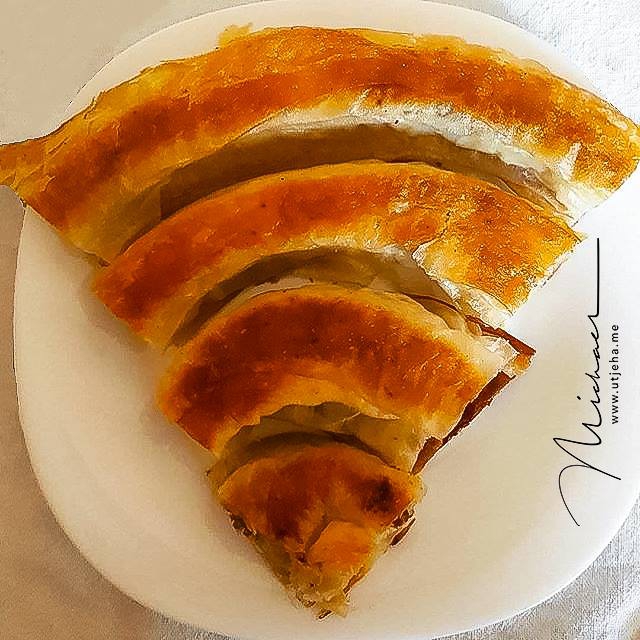 For example sarma, a dish which was created under the influence of Turkish cuisine is cooked from mixed minced meat, which dominates the other main ingredient, rice, and is usually wrapped into cabbage leaves. In Turkish sarma dish, rice dominates over meat, and sarma is much smaller and wrapped into the vine leaves. 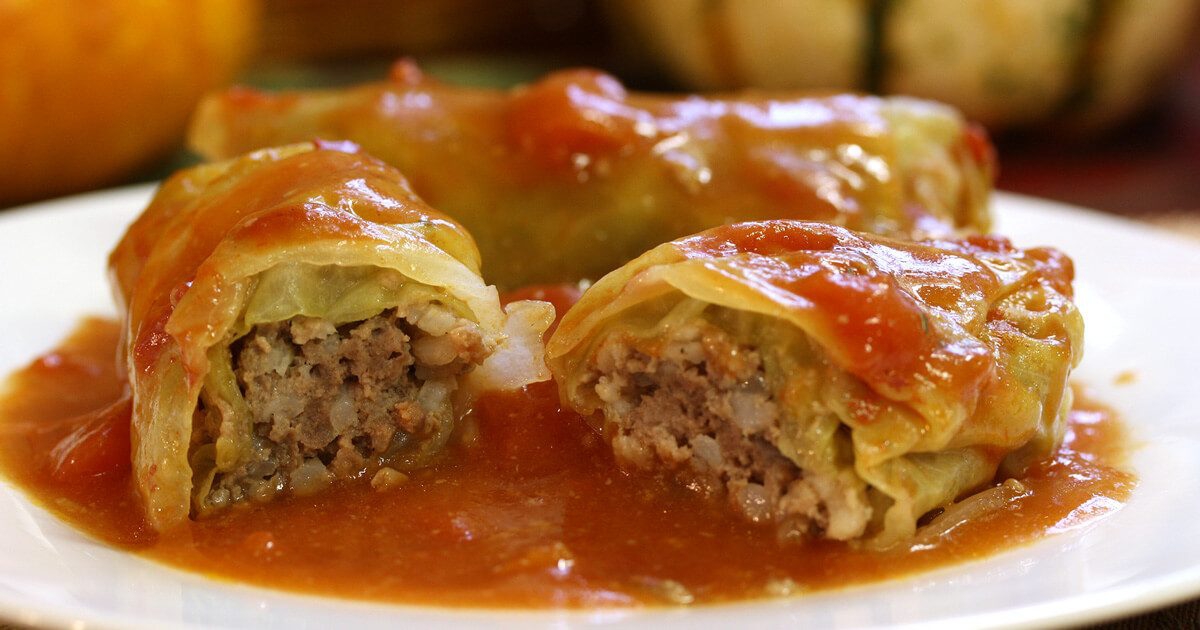 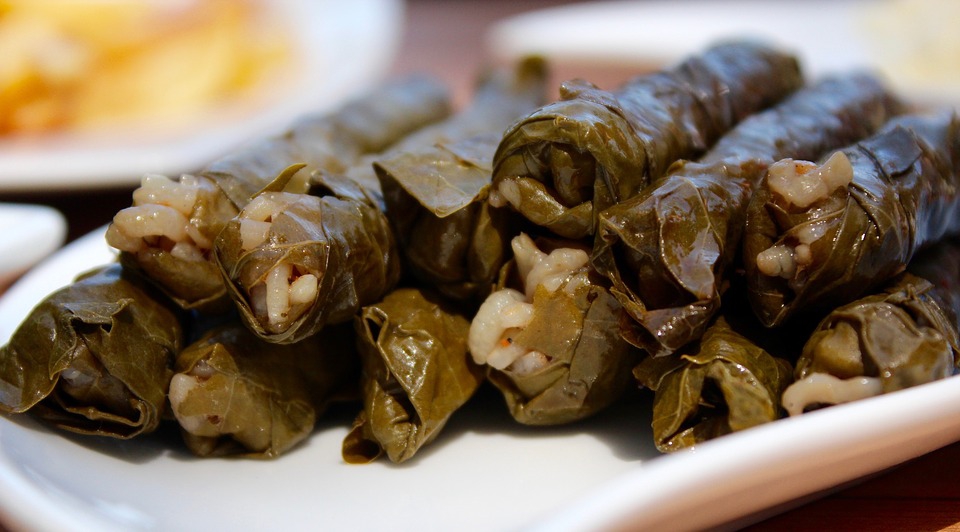 Another dish, mantÄ± (mantije) in Turkish cuisine represent a special-stuffed dough with a spicy mixture of meat that is either steamed or cooked. In our culture, mantije are a dish made of wheat flour, minced meat or cheese, so that the meat or cheese is wrapped is small squares of dough, which is baked. 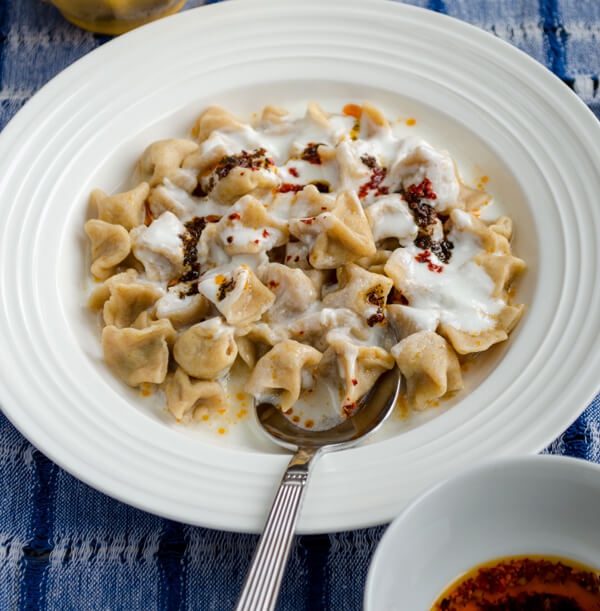 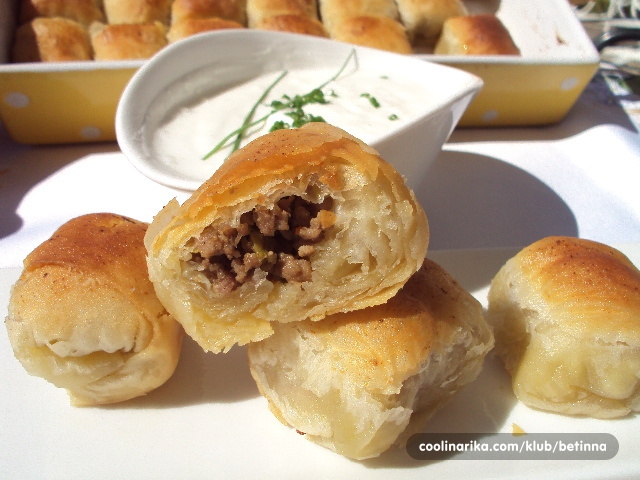 Use of olives in salads and sea dishes that is characteristic for the southern parts of Montenegro comes from the Turkish cuisine, where is an unavoidable part of breakfast. 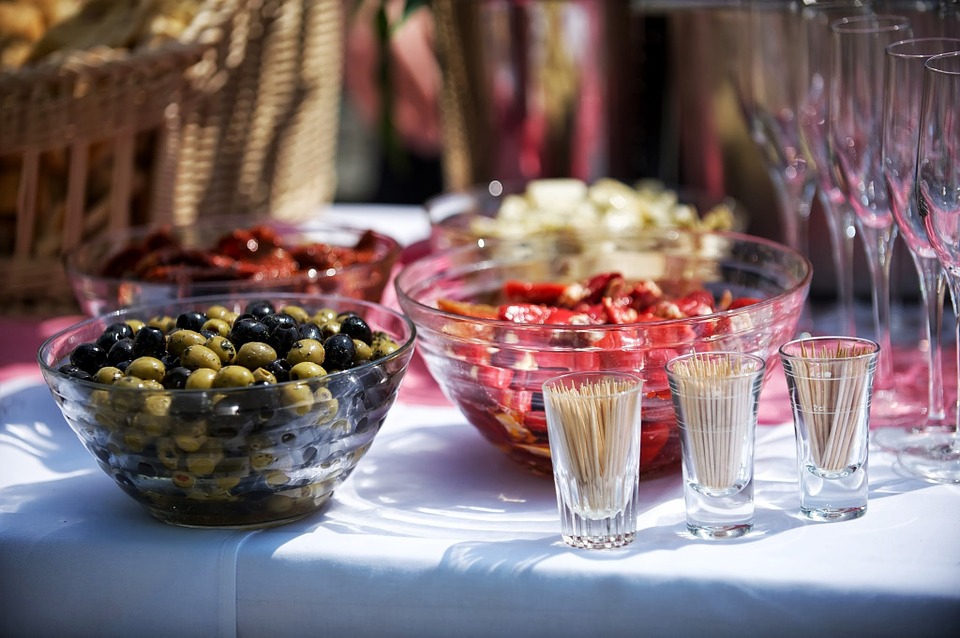 Olives as tradition in both countries

Life without tea and coffee is inconceivable in Turkey. Drinking tea is such an essential part of a day of every Turk, it is not recommended to disrupt this ritual. On the other hand, coffee is usually drunk after meals or it is drunk for having and enjoying a calm moment during the day. When drinking Turkish coffee, donât expect any rush of caffeine, because Turkish coffee is not strong, even though itâs thick; coffee is drunk mainly for pleasure. 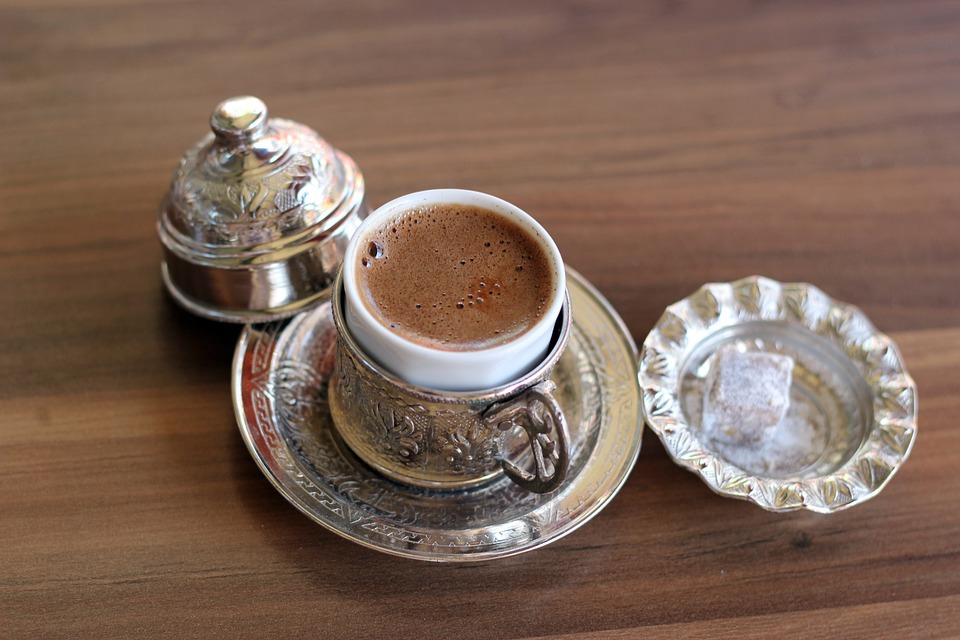 In Montenegro, drinking coffee is an essential part of the day, and itâs impossible to start your day without a cup of a strong black âTurkish coffeeâ. It is drunk in every occasion and if you are gathering with friends or family or even business partners, it's not strange to hear "Let's go for a coffee and chat/discuss business." All the expats in Montenegro are getting quickly used to this routine, as it's quite relieving and it gives you the opportunity to enjoy little moments during the day! One of the favourite things about drinking Turskih coffee in Montenegro is âgledanje u soljuâ, or the coffee-cup-fortune-telling, from the mud left in a cup after drinking the coffee. It is interesting that what is known as Turkish coffee here, isnât actually Turkish. Turks import their coffee and this custom of drinking coffee has been taken from the Arabs. 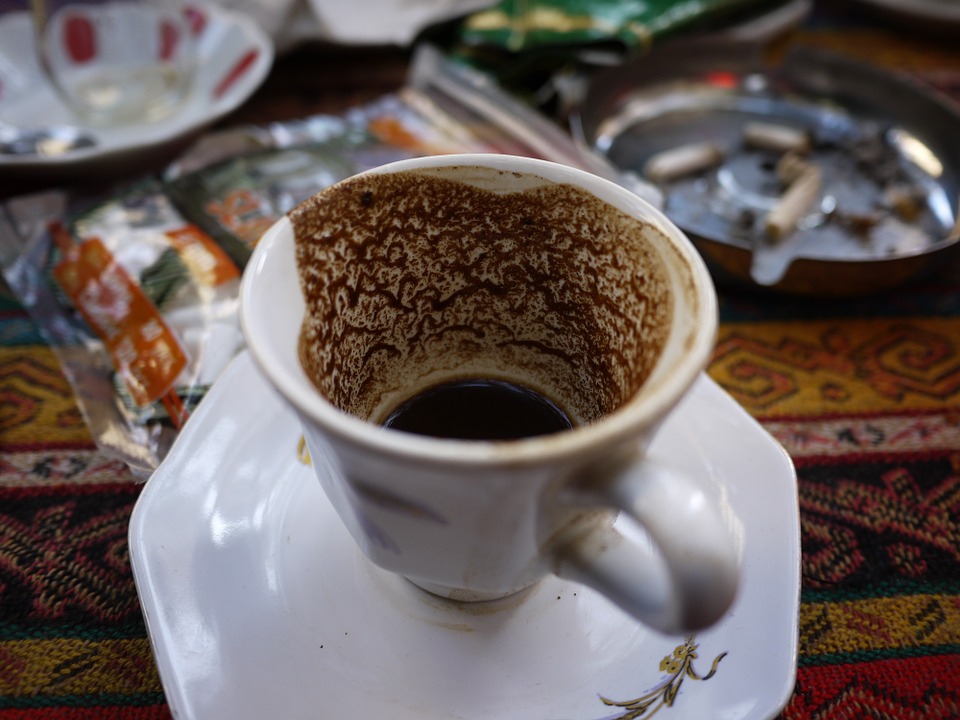 Fortune Telling from A Cup of Coffee

This is it for the first part about the Turskih influence on our cuisine. I hope that during my stay I will learn more interesting facts about food, which is the ingredient that binds us together and will be happy to share it with you.
Written by: Irena
PUBLISHED: Apr 22nd 2022