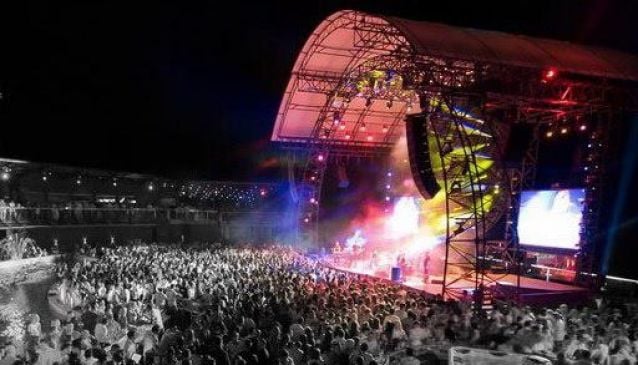 With a stunning hilltop location, Top Hill is the premier nightclub location in Budva. With a capacity of over 5,000 the club itself could easily hold nearly a third of Budva's population!

This club is a big deal. Receiving the award for best global nightclub in 2012, as voted by the Monaco International Clubbing Show, is well justified which you realise as soon as you walk into this slick, open air club. The high quality of music and performers have given Top Hill an excellent reputation for providing the most contemporary modern electronic music with a well-planned, extensive music program.

The lighting system alone is something to get excited about with a huge rig of lasers, explorers, sunstripe effects, Co2 jets and fire jets. With vinyl spinning legends like Eric Prydz and Freddie Le Grand making appearances at the DJ booth it's clear Top Hill is an unmissable location for party animals and true music lovers alike.

The state of the art sound system, however, isn't the only thing that's going to blow you away. The club itself is perched 600 metres high on top of Toplis Hill with unbelievable views of the horizon of the Adriatic sea. One of the largest open air clubs in Europe, Top Hill has a number of rooms to experience, from the vodka bar, Jacuzzi bar to the huge, exclusive 600 person capacity VIP area. To party in style in an incredible location, there is only one place in Budva you need to be, Top Hill nightclub.