Here are a few interesting facts about Montenegro you might don't know, to get you excited for your trip.
The Name

Montenegro got its name meaning 'Black Mountain' from the dark mountain forests that cover the land. The name dates back to the era of Venetian hegemony over the area in the Middle Ages. Other languages belonging to nearby countries also used their own language to describe Montenegro as the Black Mountain. 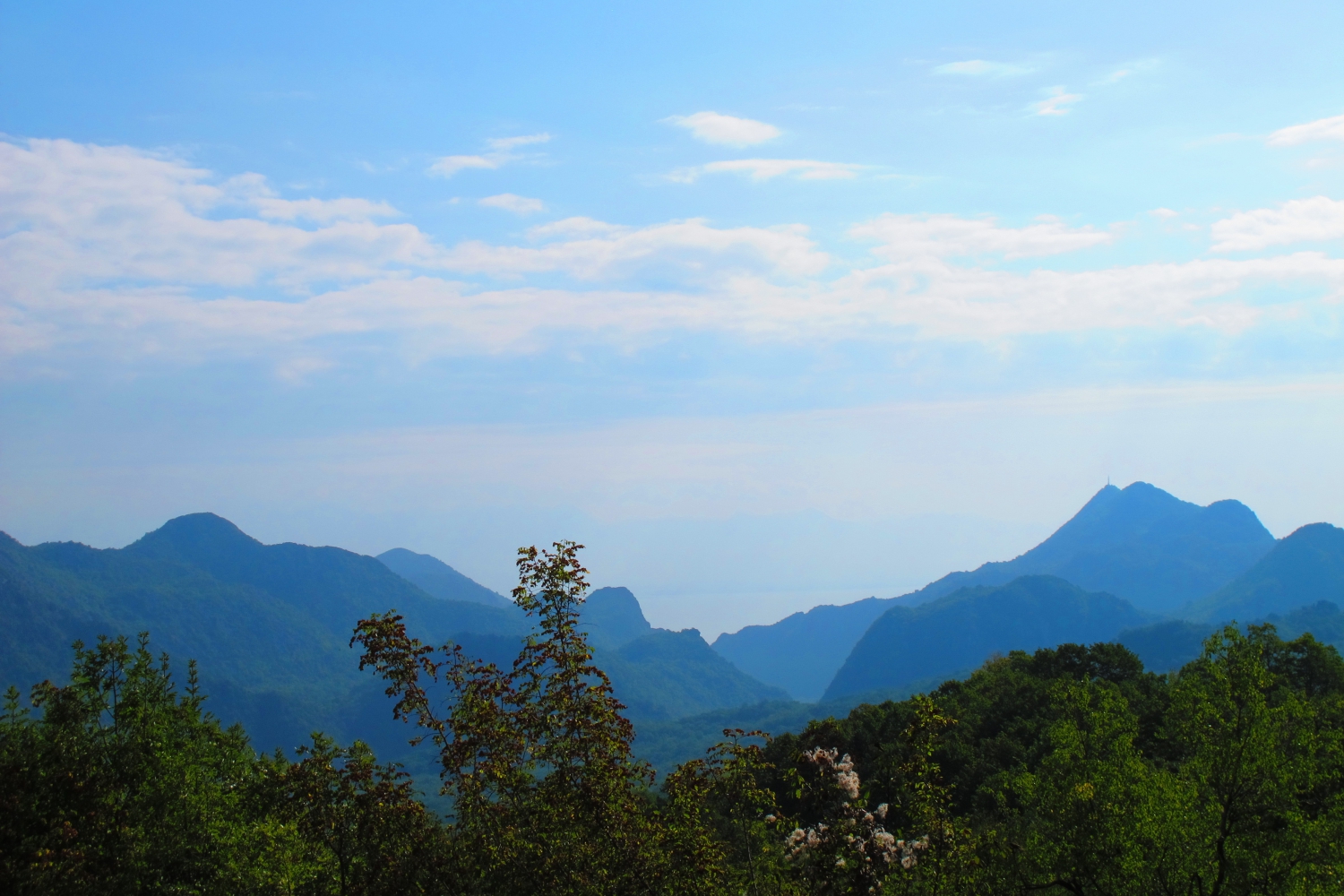 With a population of almost 200.000 (30% of the total Montenegrin population), Podgorica is the largest city and the capital of Montenegro and covers an area of about 1,500 square kilometres, which is 10.7% of the territory of Montenegro. 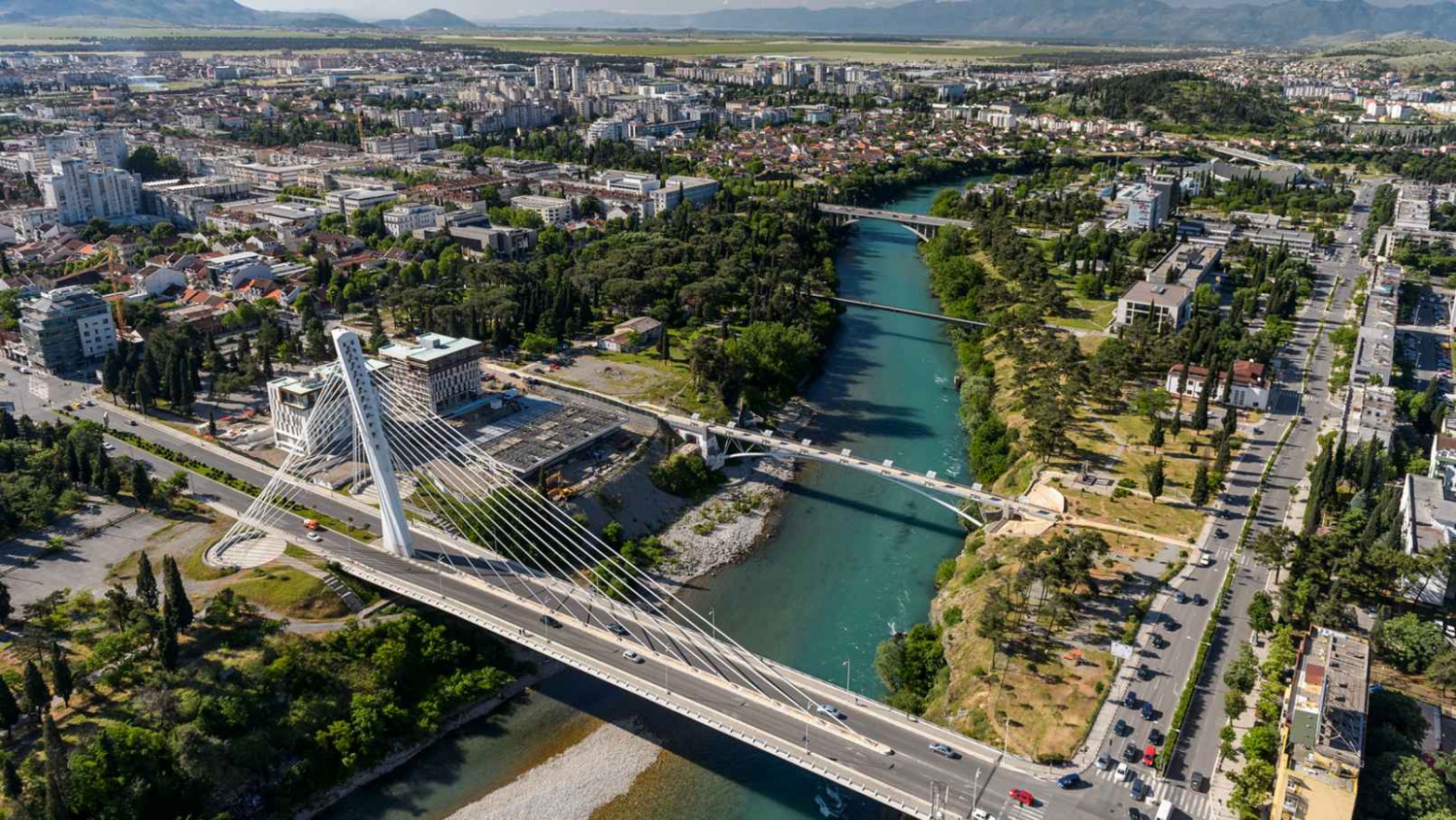 Montenegro is home to 117 stunning beaches. Some are very popular town beaches attracting hundreds of locals and visitors while other beaches need a bit more exploring. You can talk to locals if you want to find some of the best kept secret beaches or can check out our Best Beaches here.

The Most Popular Place

The Boka Bay is located in southwest Montenegro and is a winding bay on the Adriatic Sea. Although it was given the status of the southern-most and deepest fjord in Europe, in fact, it is an inlet formed by a partial submergence of a river valley, which used to run from high up in the mountain plateaus of Mountain Orjen. The bay has been inhabited for many years and has amazing Medieval towns to explore. The picturesque towns of Kotor, Risan, Tivat, Perast, Prčanj and Herceg Novi, along with their natural surroundings, are great places to visit along the bay. 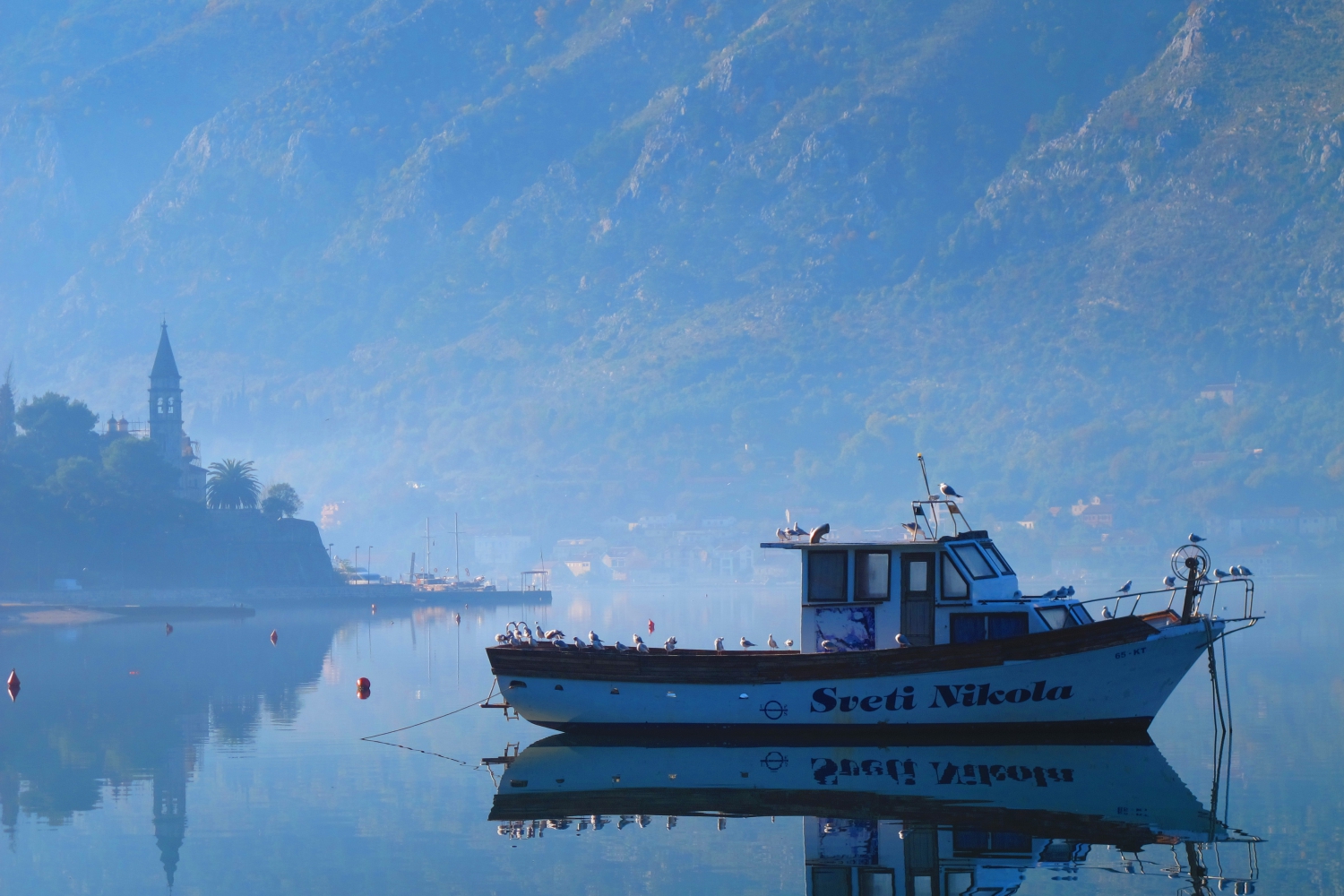 The Deepest Canyon in Europe

Tara Canyon is the deepest canyon in Europe. The canyon is 82 kilometres long and at its deepest, it is 1.300 meters (4.300 feet) deep. It is a part of Durmitor National Park and it is protected as UNESCO World Heritage Site. One of the best ways to see the canyon is to do a river rafting trip. The 11-mile trip takes two-three hours and passes through 21 rapid sections. The adrenaline-fuelled trip is said to be one of the best due to its drop in elevation in such a short distance. Also what has become very popular in the recent years it the zip line over river Tara. Zipline represents the transition from one side of a hill to the other with the help of specially installed cables. It originated from the need to bridge deep gorges and rivers in the mountainous areas, where it was not possible to build a bridge. So don’t miss the chance to experience the canyon of the river Tara from a completely new perspective, with the largest zip line in Europe. 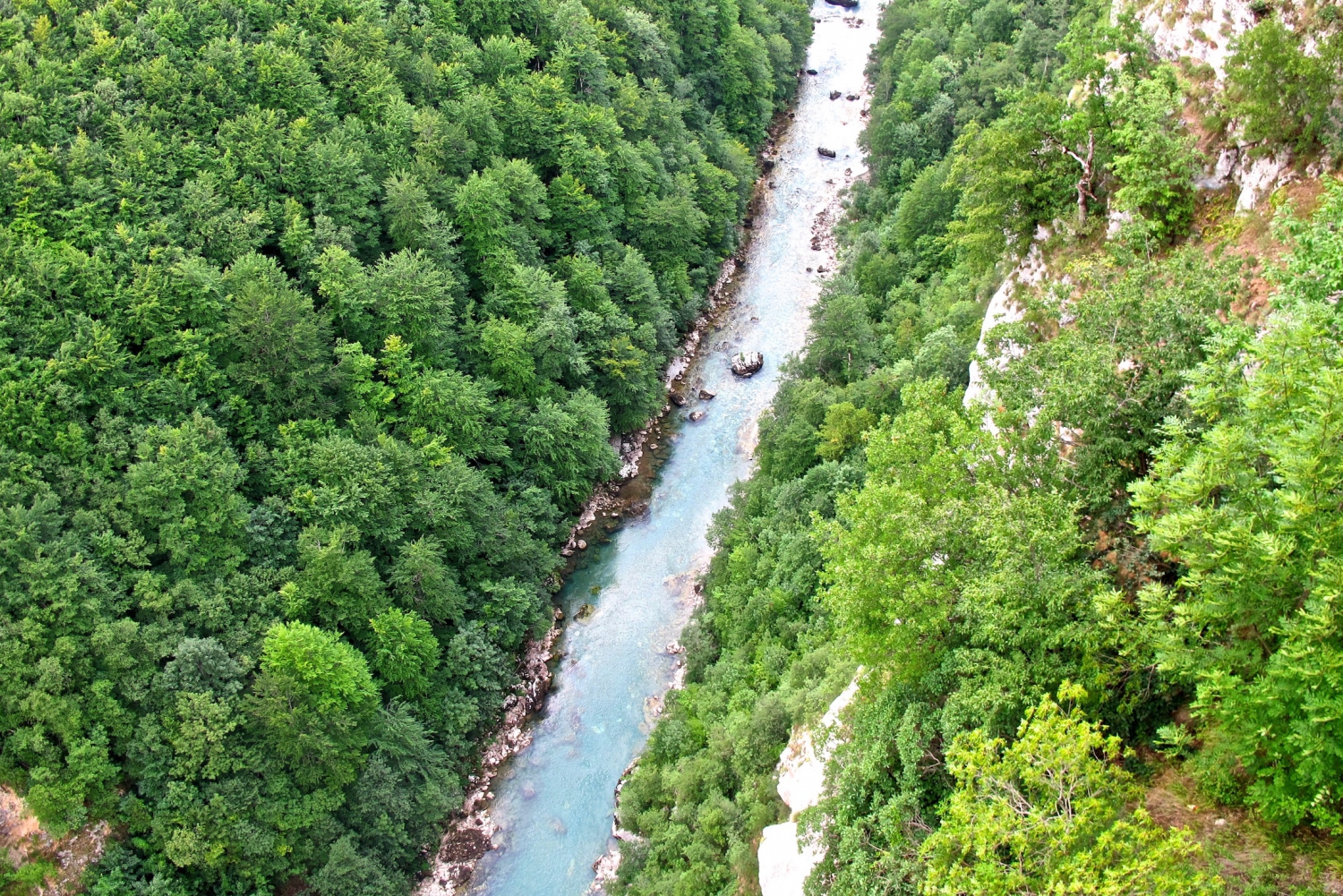 Tara Canyon - The Part Where You can Zip Line

The oldest tree in Europe lives in Bar: The Old Olive Tree is over 2,000 years old, and more than 100,000 olive trees in the municipality of Bar are more than 1,000 years old. Its volume is about 10m. The tree is the traditional trademark of this area and it is believed to have many legends attached to it: one of them is that families would visit the tree to make peace during a dispute. 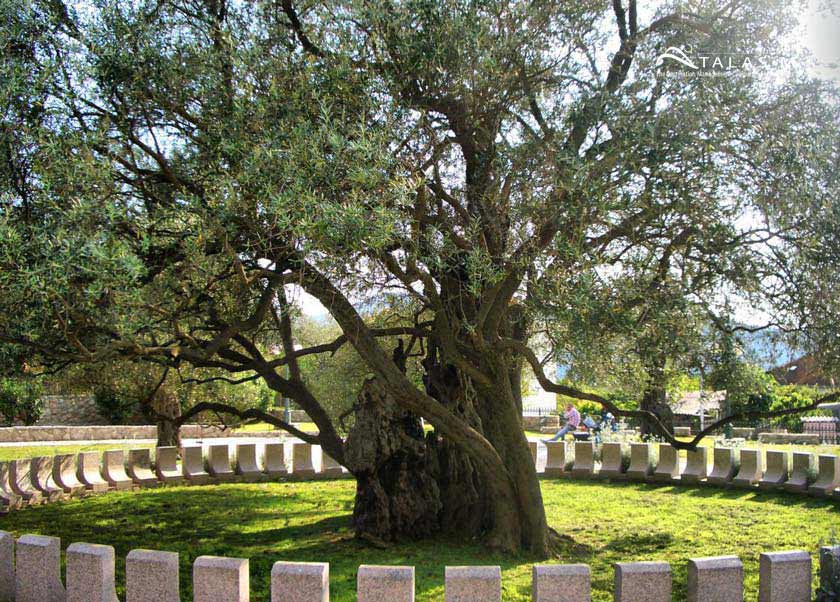 Montenegro is a multi-religious country. Although Orthodox Christianity is the dominant form of religion, both Islam and Catholic Christianity are present in the life and culture of Montenegrins.

The Ostrog Monastery is one of the biggest sanctuaries in the world and is dedicated to Saint Basil of Ostrog (Sveti Vasilije Ostroški), who was buried here. It is visited by people of all religions. It comprises of the Upper Monastery and the Lower Monastery. This monastery is one of the most visited shrines in the Christian world. The amazing structure was carved in rocks on the side of a mountain in the 17th century.

The Monastery of Cetinje is also an important part of the Montenegrin history and culture. It was built in the 15th century, and beside the relics of the Saint Peter of Cetinje, particles of the Holy Cross and the hand of St. John the Baptist are located in the monastery. 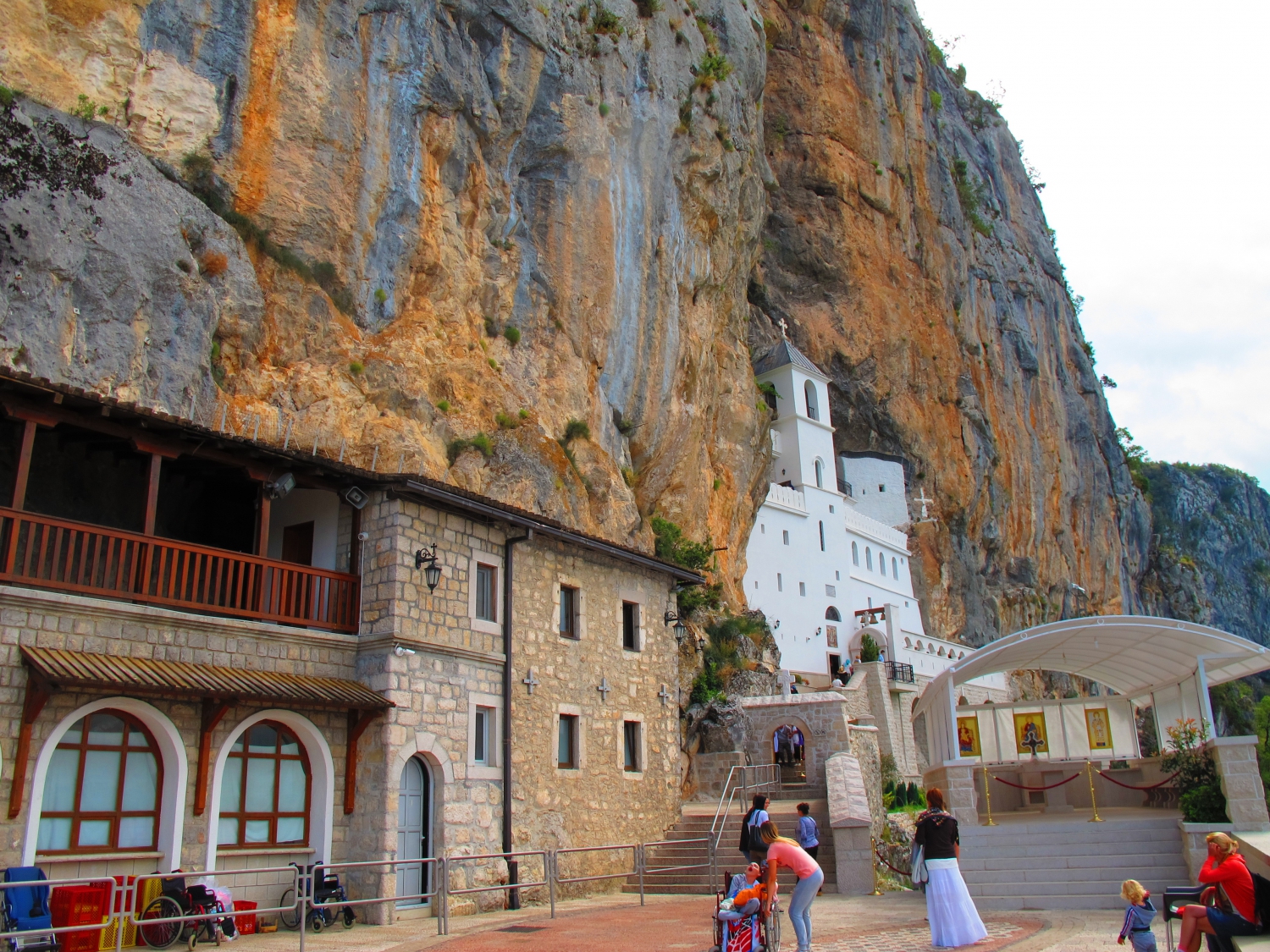 The first South Slavic printing house was founded at Cetinje in the 15th century, where the first Cyrillic “Oktoih Prvoglasnik” was printed in 1493. 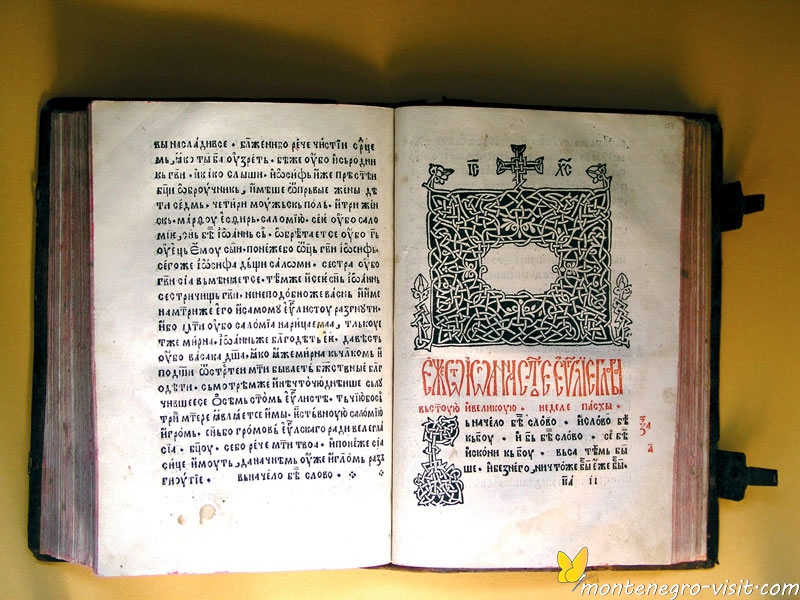 Montenegro was also the first country in the world that was officially declared an ecological state in 1992, writing about ecological protection in its Constitution.

Montenegro abounds in lakes, both natural and artificial. It has more than 30 lakes, which are known for their beauty. Mountain lakes are mostly glacier lakes, doomed to slow disappearance. The largest are Crno Jezero (the Black Lake), Plavsko Lake and Biogradsko Lake.

Skadar Lake is the largest lake in the Balkans. The lake lies on the border between Montenegro and Albania and is named after the north Albanian city Shkodra (Skadar). The lake's surface is six metres below sea level, which makes it a unique crypto depression. It varies between 370 and 530 square kilometres, two-thirds of it being in Montenegro. This section of the lake is surrounded by a beautiful national park which is home to some of the last remaining pelicans in Europe. 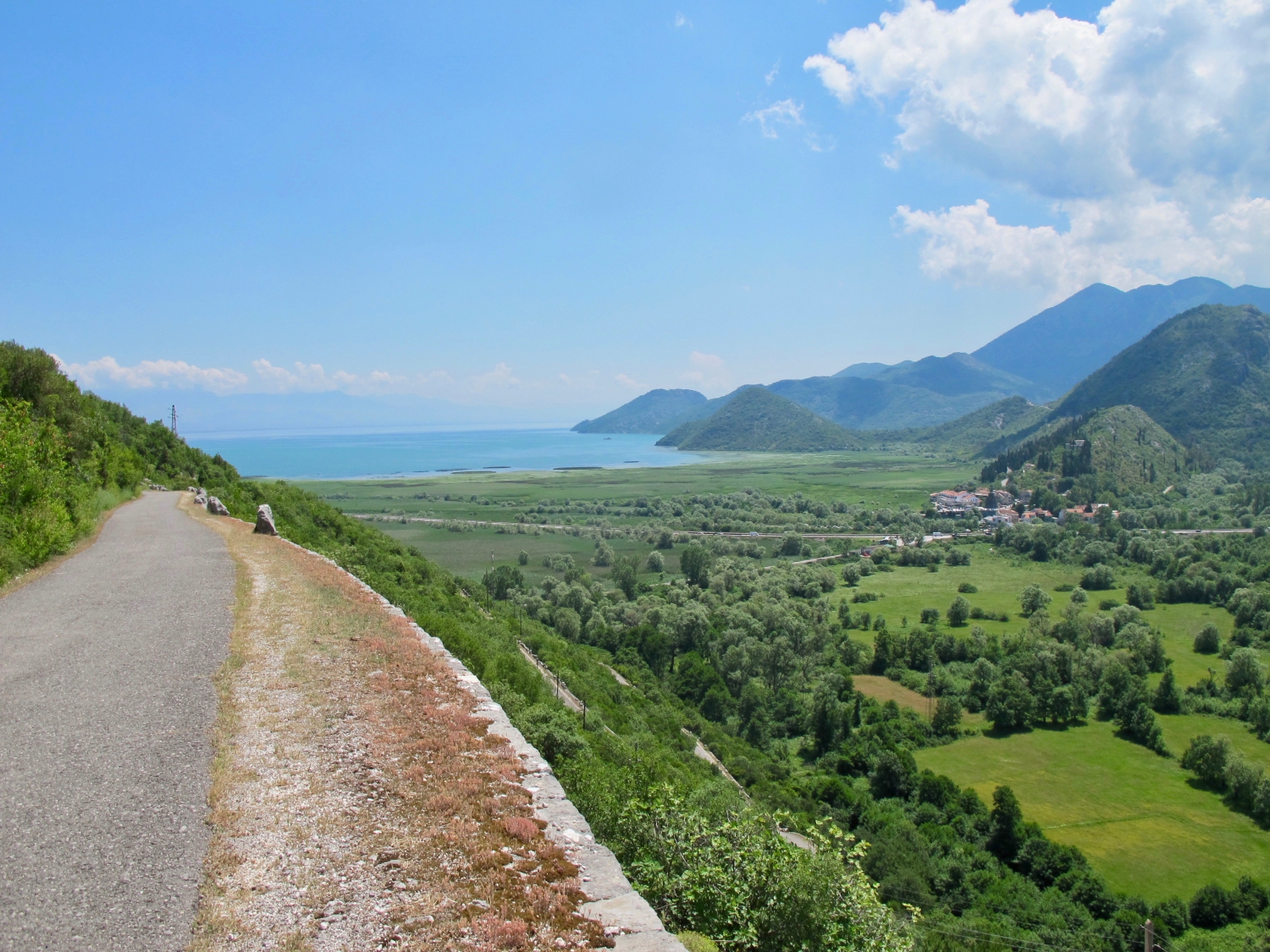 There are five National Parks in Montenegro, covering 7% of its landmass.

The National Park Lovcen on the Lovcen Mountain is a national park since 1952, and it features the territories of two municipalities, Cetinje and Budva. It is on the border of two completely different natural climates and experiences the influence of both. Close to the Adriatic coast, it covers an area of 6220 ha.

The National Park Durmitor with 32,519 ha of surface area, protected by UNESCO since 1980, includes the entire Durmitor massif, with an average altitude of 1,500 meters. More than 48 mountain peaks are over 2,000 metres high with the highest peak Bobotov Kuk, with the altitude of 2.525 meters.

The National Park Biogradska Gora is located in the central part of the mountain massif of Bjelasica, between the rivers Tara and Lim. The landscape of this area is made up of forests, meadows, aquatic areas and mountain springs. In addition to the Biogradsko Lake, this park is also decorated with other ice lakes, covering the area of 5.650 ha. Biogradska Gora is one of the last remaining rainforests in Europe, where you can find trees older than 500 years.

The 2/3 of the National Park Skadar Lake belongs to Montenegro, and 1/3 to Albania, with the total area of 40.000 ha.  It has been a national park since 1983, and in 1989 it has gotten its IBA status- an area of international significance for bird stay. It is registered on the World Wetlands of International Importance - Ramsar List so it is a great spot for birdwatchers, explorers, wine lovers etc.

Finally, the youngest National Park Prokletije was established in 2009. It is located on the border between three countries: Montenegro, Kosovo, and Albania. Covering the area of 16.630 hectares, it has numerous peeks with the altitude over 2.000 meters. The interesting fact is that the highest Montenegrin peak is located at Prokletije, Zla Kolata with the altitude of 2.534 meters. Magnificent massif will take your breath away!