The Most Beautiful Rivers in Montenegro


Montenegro is a country with a large hydro-potential, a land with roughly 30 rivers and 30 natural and artificial lakes and of course the Adriatic Sea, of which 4.800 km2 belongs to the territory of Montenegro. The unique rivers that flow through areas of untouched nature are especially rich in Montenegro. About 52.2% of Montenegro’s rivers belong to the basin of the Black Sea, the remaining 47.8% – Adriatic Sea basin.

The rivers of Montenegro are characteristic by their naturally clear and unpolluted waters. Another characteristic is the large volume of water resulting from the high precipitation. This makes them preferable for water sports like rafting, kayaking, canoeing, fishing, fly-fishing, etc. Most of the rivers in Montenegro form breath-taking canyons, thanks to the geographic position of the country.


Tara is a river flowing through the territories of Montenegro and Bosnia and Herzegovina, and at some points, it represents the physical border between these two countries. Tara is one of the most beautiful and famous rivers, not only in Montenegro but in the world as well. It earned its nickname “The Tear of Europe”, thanks to its emerald-clear water and mesmerising canyon. The canyon itself is over 1330 metres deep, which makes it the deepest canyon in Europe and the second deepest in the world, just after the Grand Colorado Canyon. The canyon and the river are under the protection of UNESCO’s World Heritage Site due to its geological, biological, and hydrological phenomenon. The river is 144 km long with the average fall of 4,5 m/km, and in the upstream the water is drinkable. It is most popular for rafting, kayaking, fishing and fly-fishing. The most attractive part for rafting is the last 25 km of the river, where you’ll get to experience the unforgettable adrenaline rush while rafting through the wild beauty of the river’s canyon. Another popular activity in the Tara canyon is the zip-line, where you experience flying 150 meters over Tara with the speed up to 100km/h. For all those of you who aren’t fans of adrenaline-fueled activities we recommend you visit the Djurdjevića Tara Bridge, wherefrom the edge of the roadway, you will have a spectacular view of the canyon, 172 meters above the river. 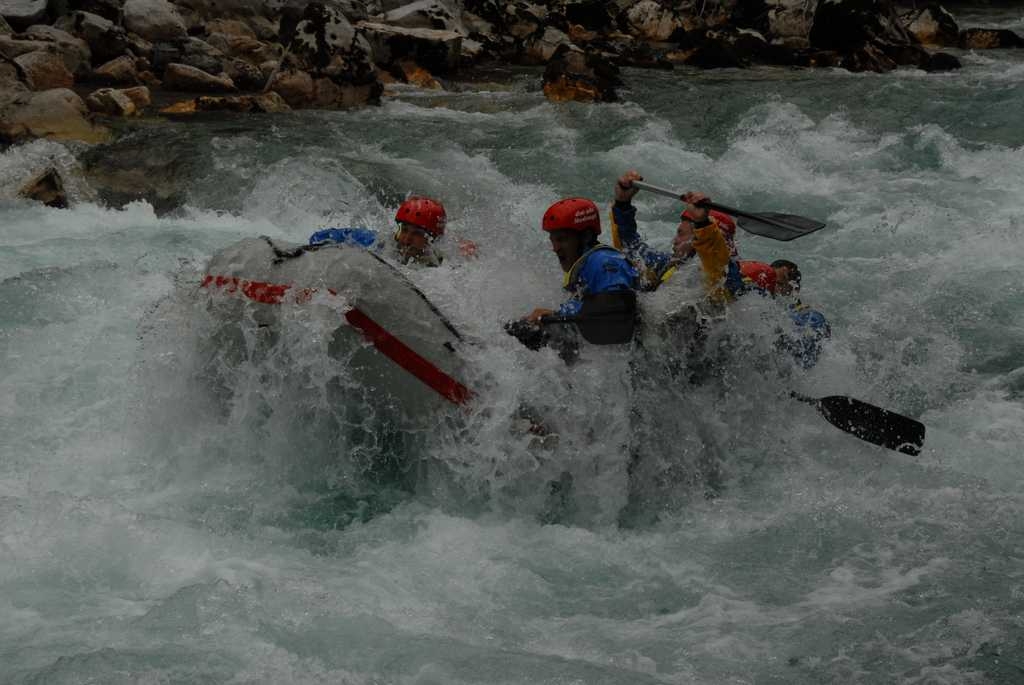 Together with Piva, Tara creates the river Drina on the border with Bosnia and Herzegovina. Piva springs under the mountain Golija, near the Piva Monastery. This majestic river continues its flow through the mountains, creating a spectacular canyon whose cliffs reach up to 1000 meters in height. The river is incredibly clean and the water is drinkable through its entire flow. Between 1967 and 1975, the Mratinje Hydroelectric Power Plant and a 220-meter high dam were built 10 km upstream of Šćepan Polje, where the magnificent 45km long and 180metres deep Piva Lake was created by flooding the rivers of Komarnica and Piva and its canyons. This is the biggest artificial lake in Montenegro, at the same time is the biggest lake with drinkable water in the Balkans. What stands out to Piva is the untouched nature! This is especially noticeable in the area around the river, which is densely forested. People are using this untouched nature for many activities including recreational vacations etc. 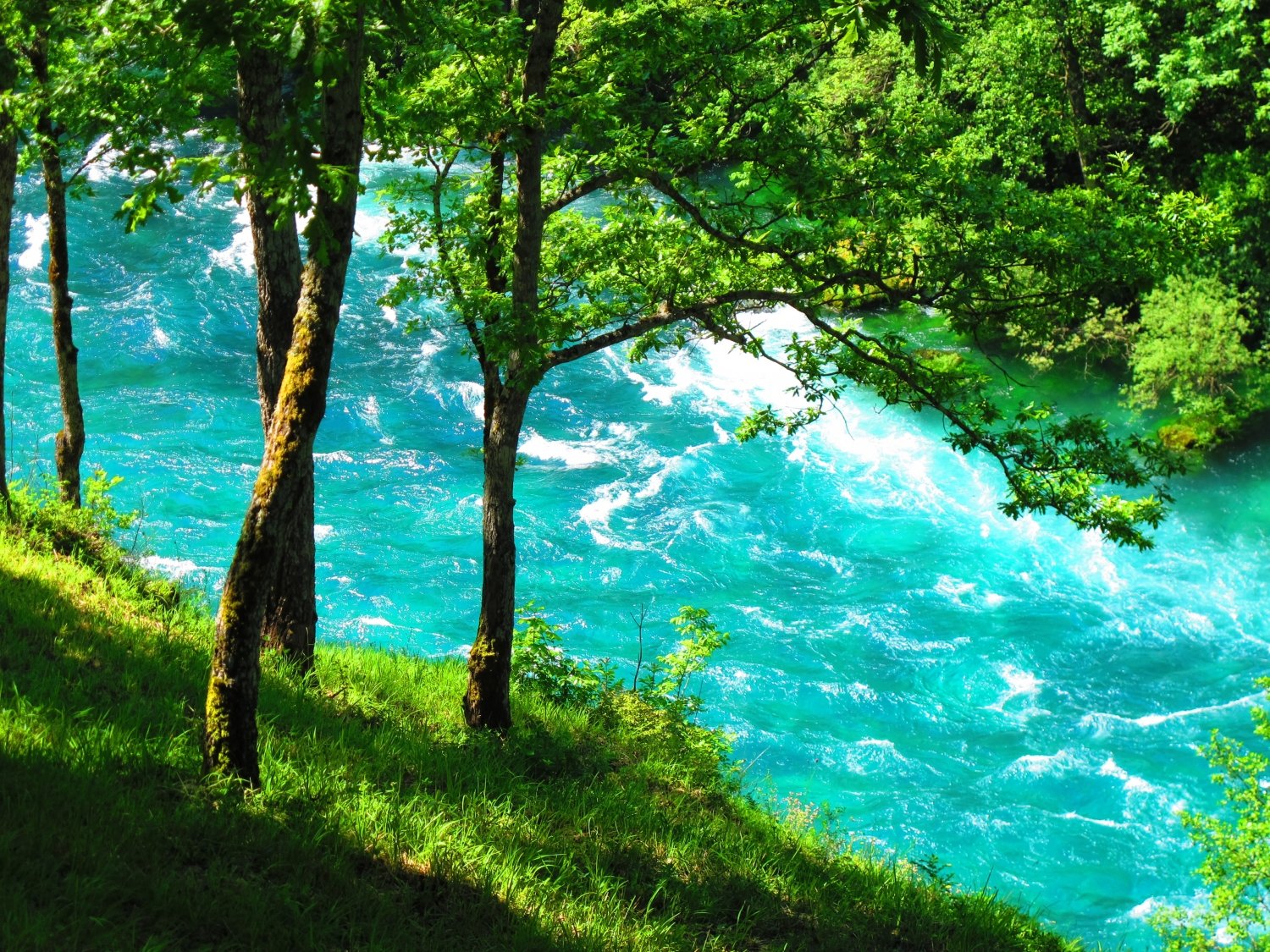 River Lim is an international river that flows through Montenegro, Albania, Serbia and Bosnia & Herzegovina for 220 km and flows into the Drina river. The river Lim is formed at an altitude of 909 meters above sea level, extending from the Piva Lake, and it is considered to be the best river by the potential for kayaking in Southeast Europe. Throughout its course, Lim flows through gorges and valleys, depending on the composition of the terrain. Lim River is characterised by light green clear water, the richness of fish, and rafting and kayaking opportunities. It forms a composite valley in which beautiful gorges and valleys alternate and the fertile area around it is called Polimlje, which is known for its cultural and historical monuments. 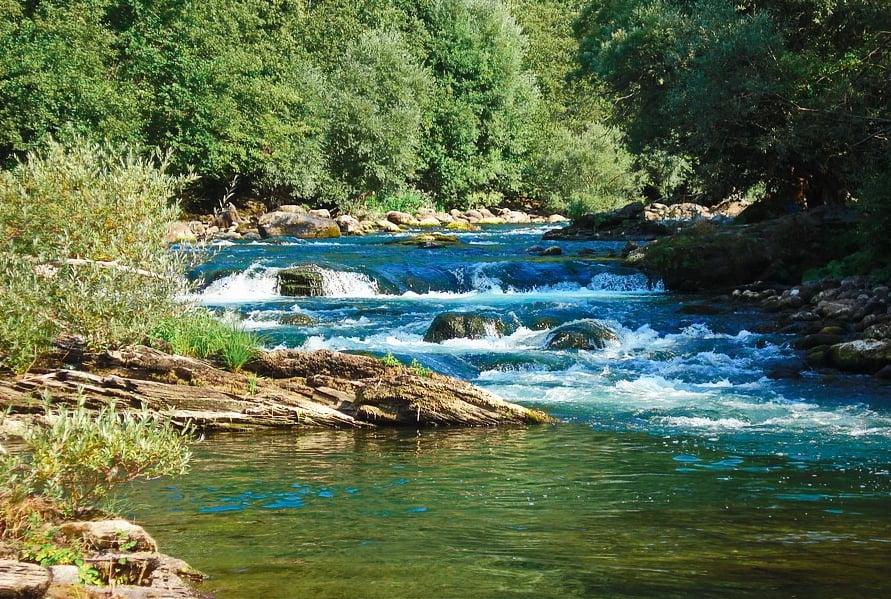 Morača River is one of the symbols of the capital city of Podgorica. It is the longest river that flows through the city with a longitude of 113 km. Morača is a fast mountain river; it receives a large number of small and fast mountain rivers and springs and has a large hydroelectric potential, but also clean and high-quality water. The Morača Canyon area is characterised by steep slopes of terrain, intersected by deep gorges and canyons. In the middle part of the valley, the river narrows into an imposing, 38 km long and up to 1000 metres deep canyon of Platije located about 30 minutes drive from Podgorica. Its exceptionally clear waters are home to many species of fish, so fishing is a regular type of activity on the shores of the river. This river is the biggest tributary of the Skadar Lake; after merging with its largest tributary river Zeta, Moraca enters the Zeta Valley. It flows through the Zeta plain, one of the rares in Montenegro until it flows into Skadar Lake. Read more about other rivers around Podgorica here. 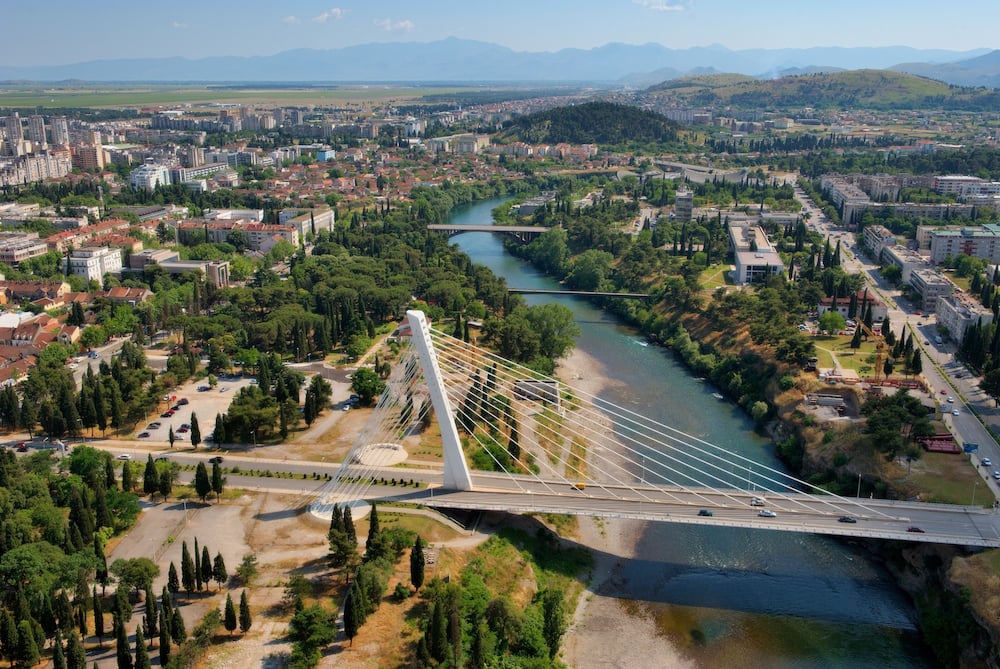 Moraca flowing through the Capital of Podgorica

Zeta is an 86 km long-river whose waters are well utilised in three hydropower plants. The river has two streams, the upper and the lower stream. The lower stream is longer and richer in water, but also hydrologically and in beauty. Coasts of the river are fertile, as the river flows towards the Skadar Lake, making it a suitable place for plant growth and agriculture. 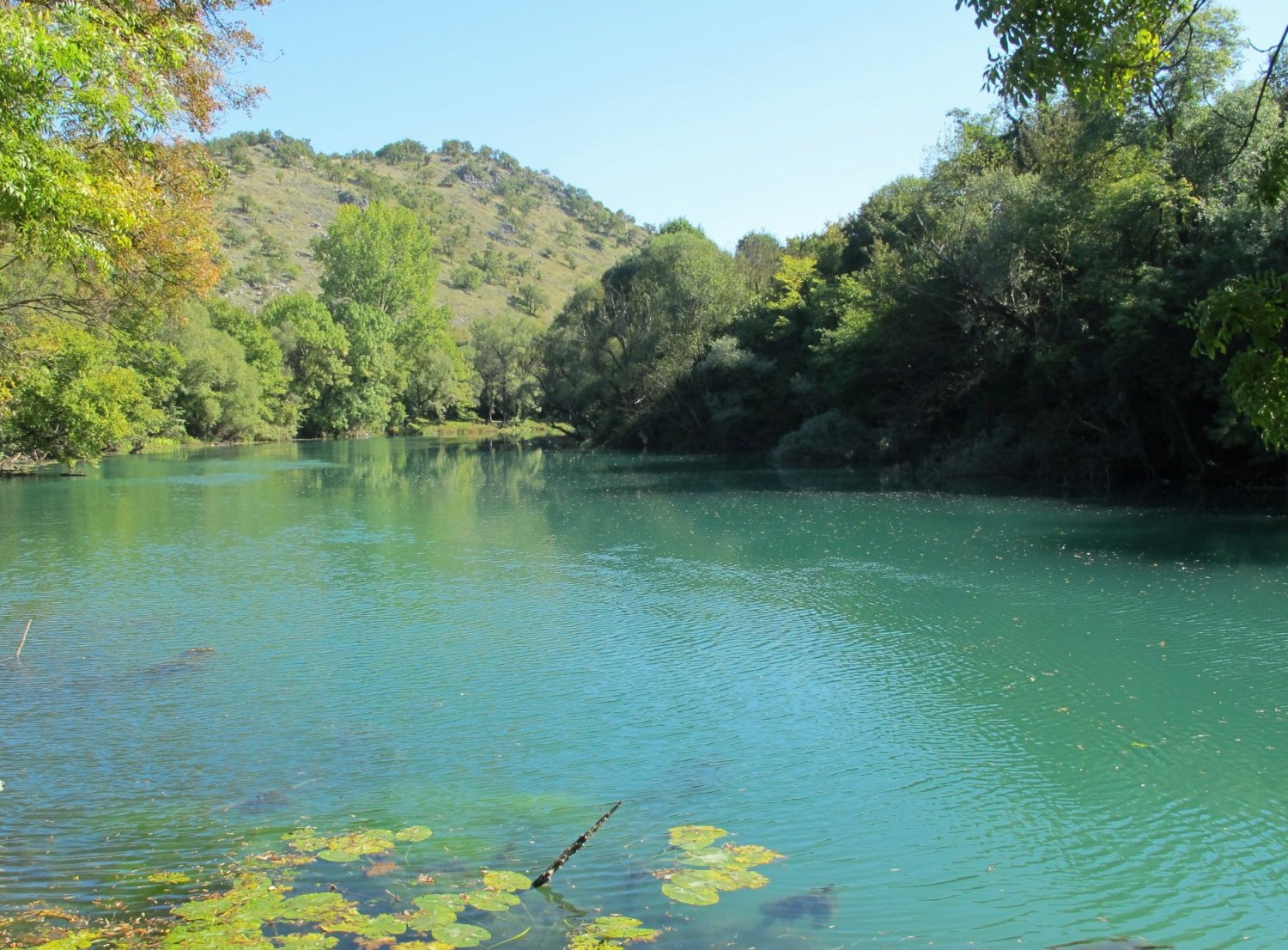 River Cijevna and its canyon are one of the largest botanical sites in Europe. The river is 56 km long, and it flows through Montenegro (33 km) and Albania. It flows through a deep gorge, which gradually decreases and expands, creating numerous opportunities for lovers of rafting, canoeing, kayaking, alpinism and fishing. The canyon of Cijevna, often known as Montenegrin Colorado, has fast and ice-cold water which is mainly drinkable. The additional attributes of this river are numerous beaches, whirlpools and the beautiful waterfalls of Niagara, where the citizens of Podgorica prefer to escape during the hot, summer days. The hinterlands of this canyon in Montenegro offer an amazing hiking route called the Korita Circuit and you can see the day-trip experience of our team here. 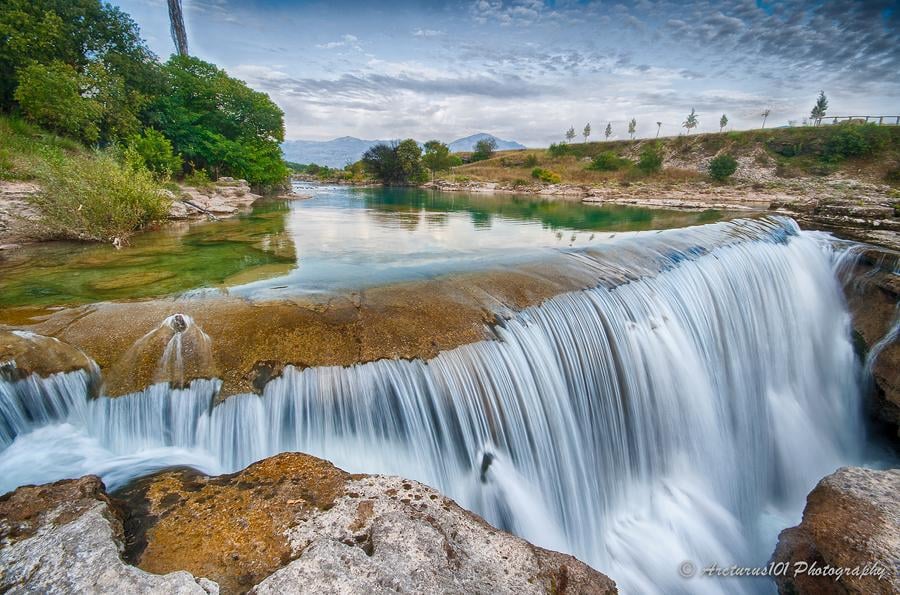 River Bojana surfaces from the Skadar Lake. It flows out of the Lake and flows into the Adriatic Sea. It’s 41 km long and is considered as a miracle of nature for a couple of reasons. One of them is that the bottom of its riverbed is 36 km under the sea level but in its upper part! Although it has got that big flow, seawater rushes deeply upwards through its riverbed meaning the river flows both upstream and downstream. Also, in its riverbed, there are both - salty seawater and clear river water, which creates a diverse ecosystem, a habitat for around 140 fish and 300 bird species. At the estuary of the Adriatic Sea, it forms a large river island called Ada Bojana. This island is a famous tourist spot for campers. Some of the most popular activities here are paragliding, windsurfing, horseback riding at sunset etc. 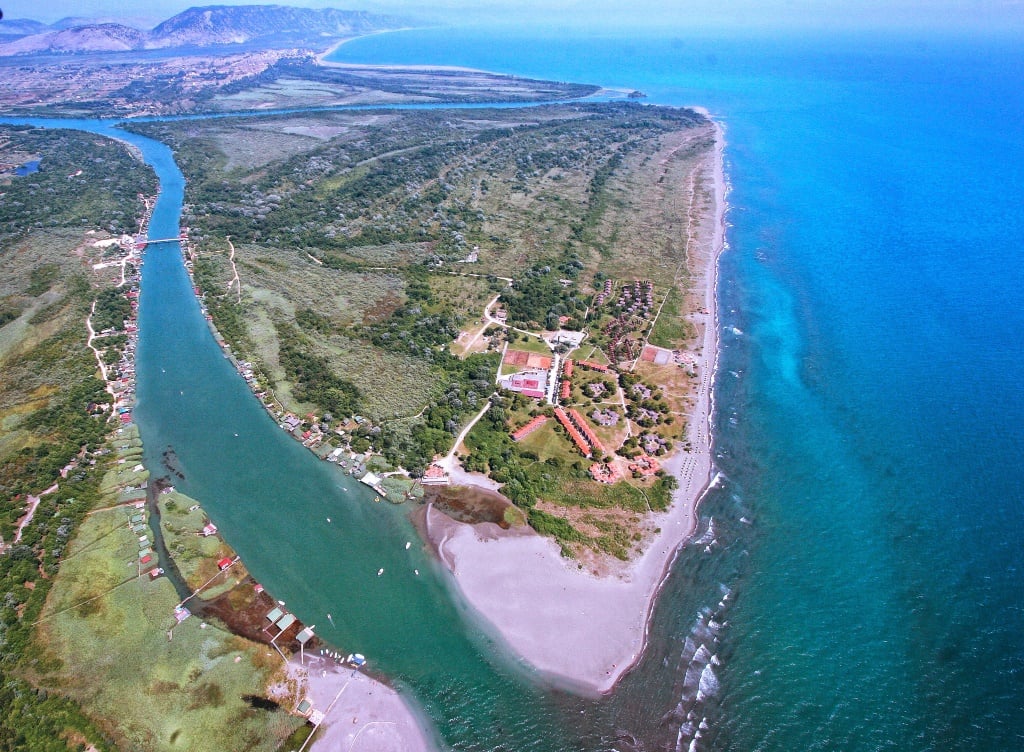 Bojana flows into the Adriatic by Ulcinj Travel

Ljuta is a small river flowing through the same-name neighbourhood/village near Dobrota, Kotor, in the Bay of Kotor. This river is one of the shortest submersible rivers in Europe, which in the winters after heavy rainfalls carries a large amount of water that flows into the sea. In the summertime, this small village becomes extremely crowded and popular thanks to its picturesque landscapes and unique medieval attractions that preserve the history of this unique place. 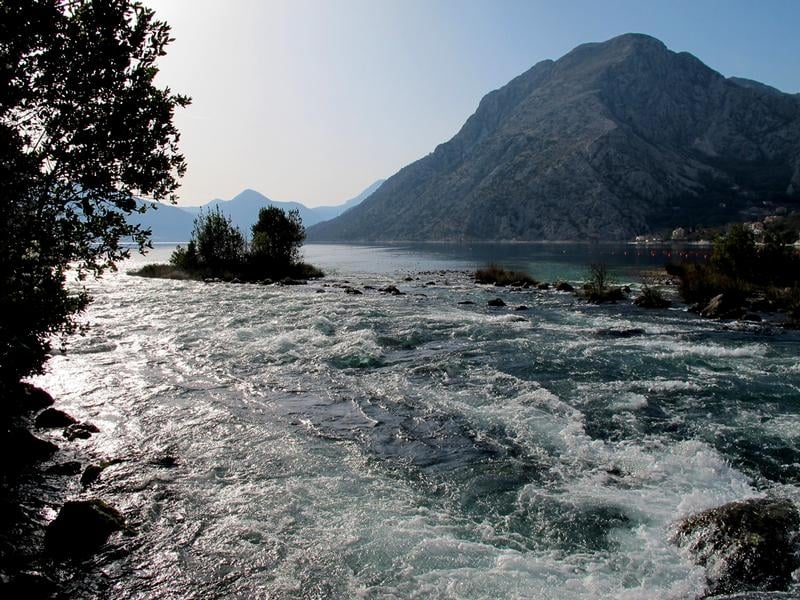 Ljuta flows into the Adriatic

Another small river flowing through Kotor, and separating it from the Old Town of Kotor, is Škudra. This is one of its specificities, unlike other canyon rivers, it is accessible – flowing through the city. On its short and steep course, Škurda has carved a mountain riverbed with many waterfalls making it ideal for canoeing activities, but one of the most popular activities on this river is canyoning. There are 26 waterfalls in the canyon from 3 to 42 meters long. 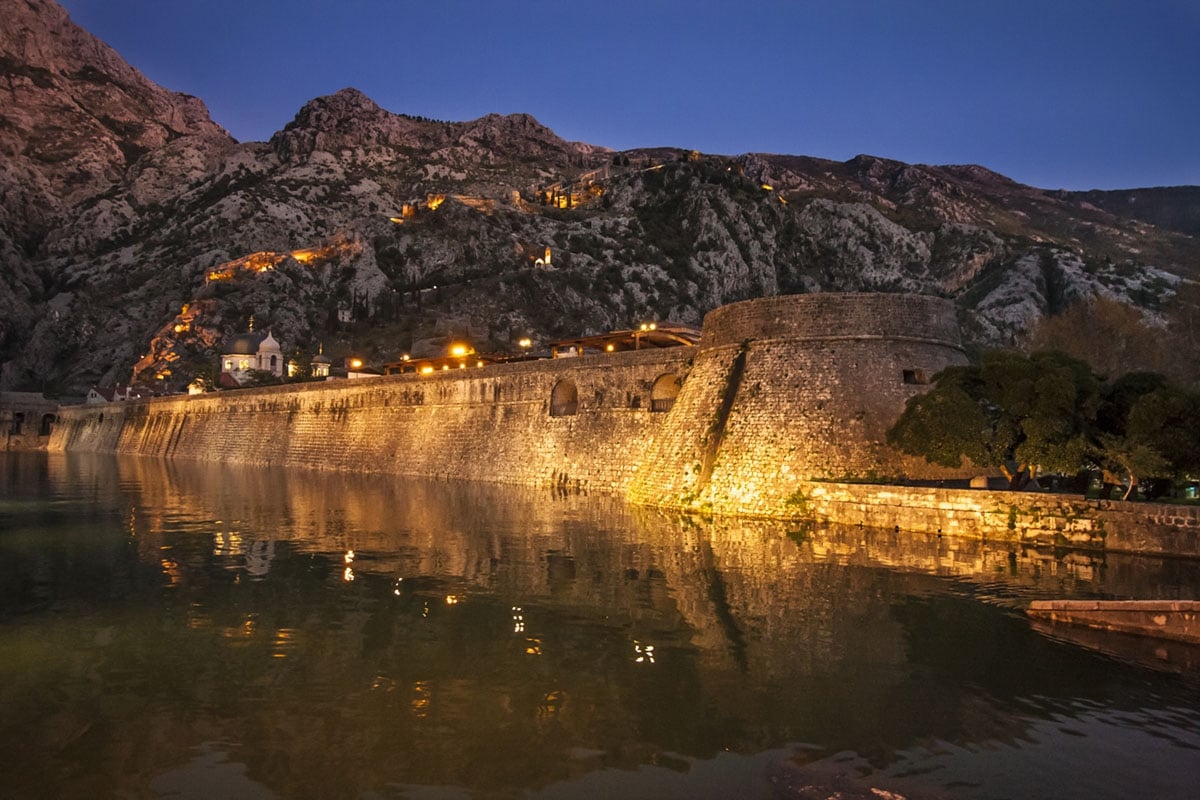 If you fancy an extreme adventure or adrenaline fun while in Montenegro, we hope this text will inspire you to explore Montenegrin rivers.
Written by: Irena
PUBLISHED: Apr 21st 2022