Arts & Culture Editorial
Located at the very end of the Bay of Kotor, surrounded by the Lovćen Mountain and the Adriatic Sea, Kotor is officially one of the most beautiful European and world destinations. This historic city has always been a mystery for every historian, archaeologist, and scientist, considering the fact that Kotor is the only town on the eastern coast of the Adriatic Sea to be located by name in historic and strategic maps. 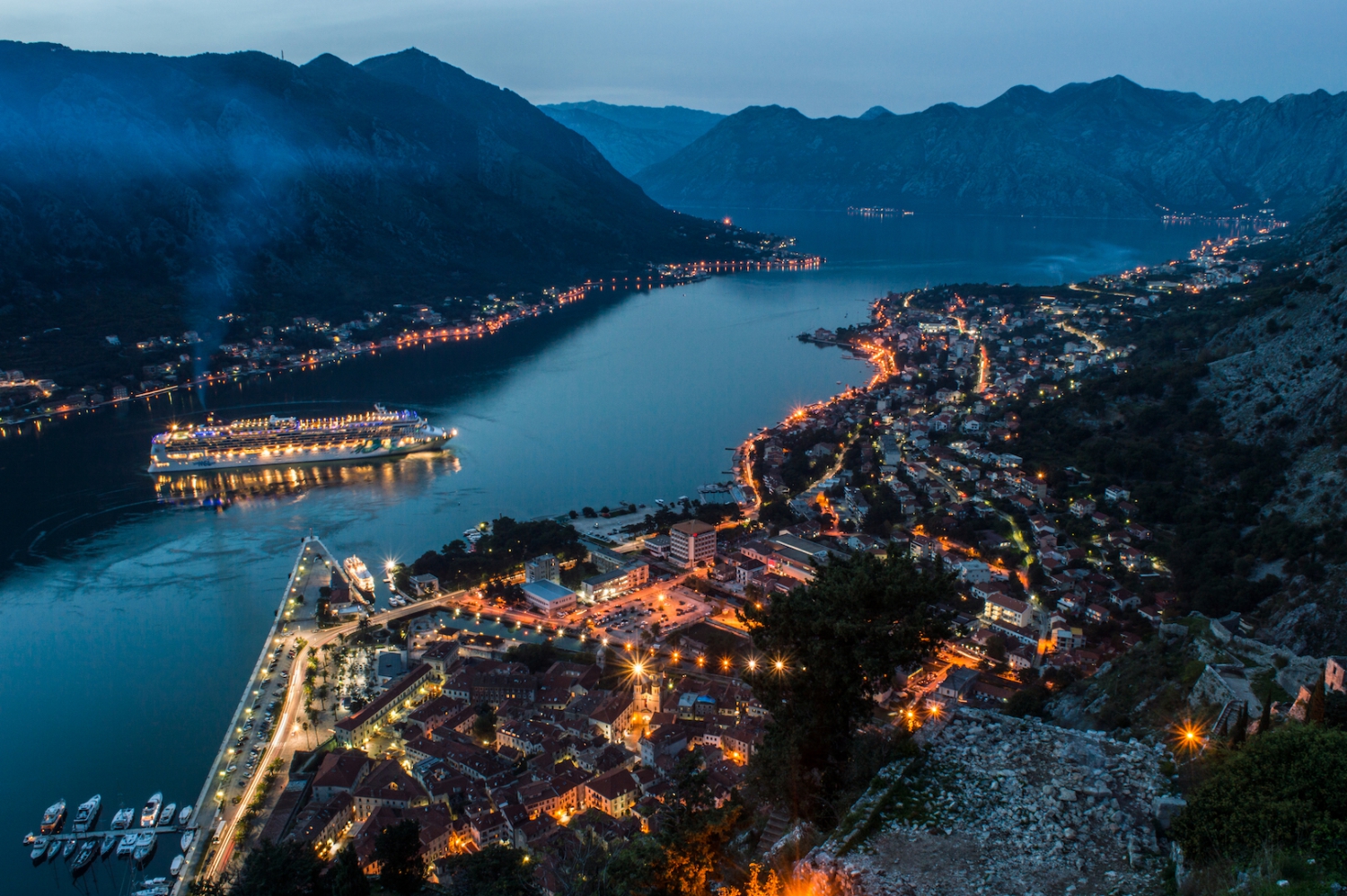 So when we are talking about history and names, the time and the establishment of the city has not been accurately determined. Legend has it that a fairy Alkima advised mariners not to build the town “in the hills where boats don’t have a harbour “, but instead to build it near the sea, because “without the sea, there is no life for them.” The Mariners took the advice, and in gratitude, Alkima made a bridge to the neighbouring hill. The bridge appeared similar to a large town gate, so it was called the Fairy’s gate, a name which has been existing to the present day. 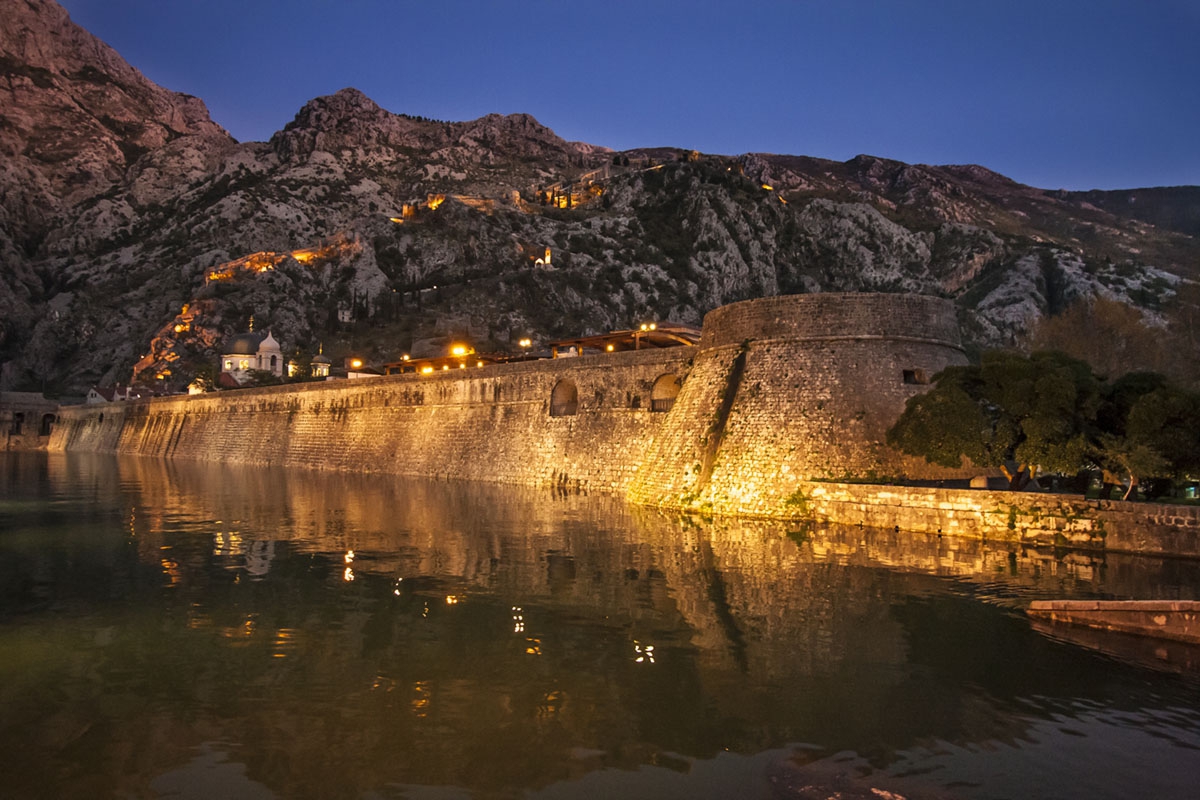 It is believed that the roots of Kotor originate before Homer, 10 – 12 BCE, in time when Phoenicians ruled the Mediterranean, making Kotor an ancient town that was named differently during the centuries. The tradition connects Kotor with the ancient Acruvium, a city from the 1st century CE, but it has not been determined whether Acruvium was located on the site of today’s Kotor. The inhabitants of the Acruivum city, in danger of the barbarians, moved to Catarum, a smaller settlement that was in the area of today’s city. In Byzantine sources, the city’s name was Decateron, from the old Greece word Katareo, which means hot, while the Italians knew it as Cattaro, a name popular among Italians even nowadays. Today’s name of Kotor is the Slovenian name of the ancient Catarum. 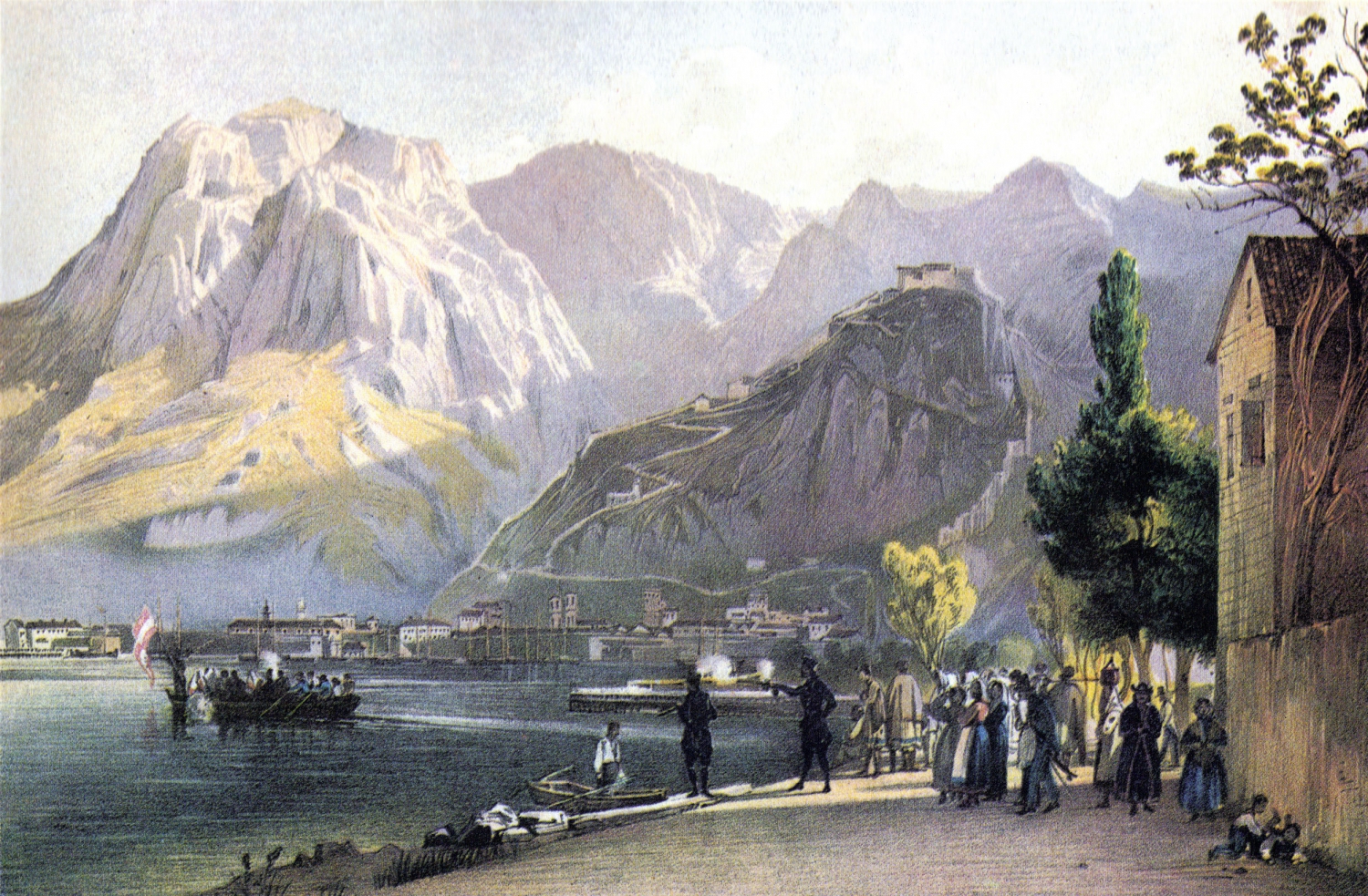 In its long history, the city has changed many authorities and administrations, the Illyrians, the Venetians, the Austrian, the French etc.

Archaeologists have confirmed that the first settlers of Kotor were Greeks, between the 7th and the 4th century BCE. It was ruled by the Illyrians from the 3rd century BC when it was occupied by the Romans who ruled the city until the fall of the Western Roman Empire in 476. From that time, in addition to the city, there are traces of temples, larger buildings, villas with mosaics decorated with figures of the mythological gods, roads, inscriptions, parts of waterworks, pottery etc. After that, Kotor was the part of the Eastern Roman Empire – Byzantium, and it remained under its authority until 1185, with shorter interruptions. One of these interruptions was the reign of Doclean dynasty of Vojislavljević's, when the city had its own administration, with the assembly and priest/prince at the helm. The local autonomous authority was developed on the basis of the Roman municipal arrangement of the economic, political, church and city organisation. 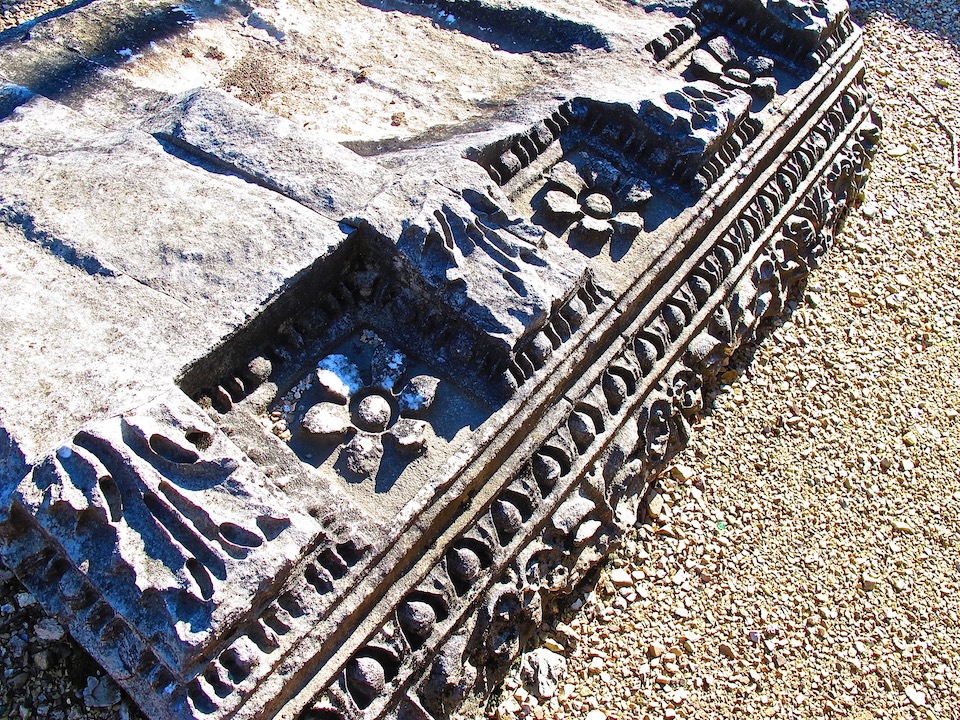 After the Byzantine rule, Kotor entered the composition of Raška, a medieval Serbian state ruled by the Nemanjić's dynasty. With the urbanised structure of the population, nobility, people, traders and a strong church (Catholic) organisation, Kotor was the main port of Raška (1185-1371). During that period there was mainly a caravan trade, while the sea transport was mostly driven by Dubrovnik and the Italians. At the Serbian court, citizens of Kotor were prominent representatives of Western diplomats, finance managers, judges and customs officers while they were enriching as traders. Churches of Saint Luca and Saint Michael were constructed in this period.

Along the caravan roads, the colonies of Kotor people were formed, especially in the era of mining and increased exports of silver, lead, and copper in the 14th century. Kotor then gained the significance of the transit port between the Balkans, the Apennine Peninsula and the Mediterranean, and then reached the widest borders of the district. During this period, Kotor was culturally rising and economically expanding. 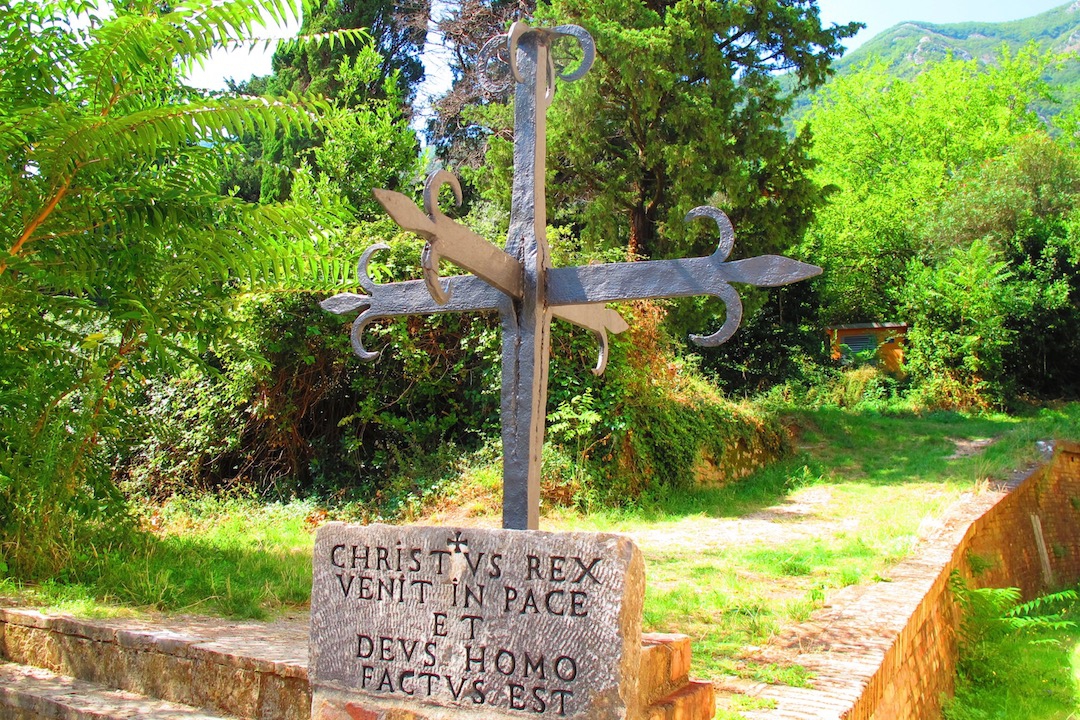 The Serbian administration lasted until 1371, when the Hungarian-Croatian king Ludovik I, took over the city. In the period 1391 – 1420, Kotor became an independent city – republic, after which it was placed under the protection of the Venetian republic, until its fall in 1797.

This period under Venetians has left a deep impact not only on the cultural life of the citizens of Kotor but on Boka in general when it experienced a strong economic and cultural prosperity. In addition to Kotor, other cities were built, Perast, Prčanj, Dobrota etc. Offering Venice just what it lacked - protection from the Ottoman raids with its high walls, warriors, maritime traders and ships, Kotor citizens acquired, in return the status of maritime settlements, municipalities, trade privileges and recognition for merit in wars. 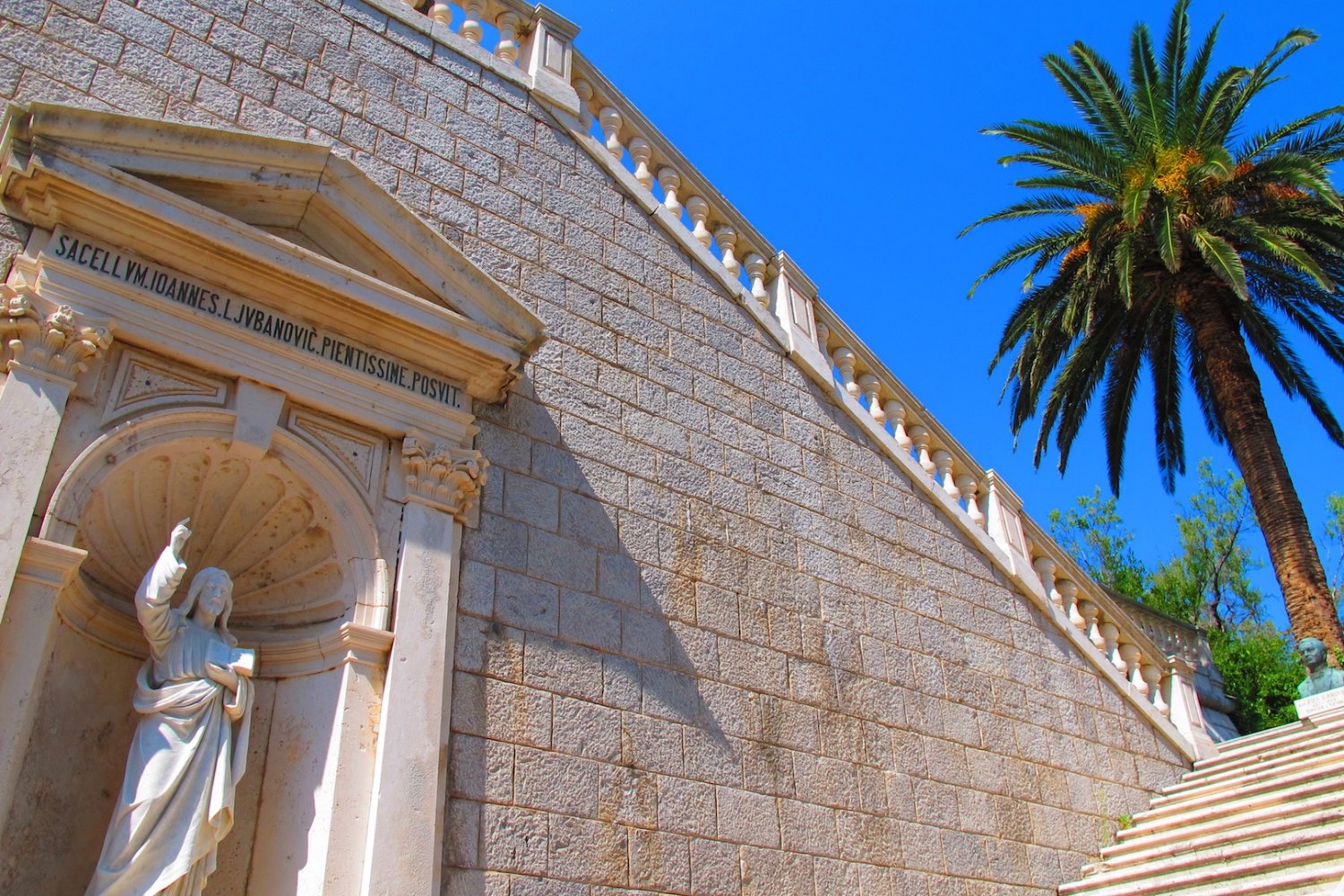 Our Lady's Temple in Prcanje, Details

At this period Kotor was the commercial centre of the whole region, had its own fleet, culture, self-government and it was the main key through which the communication of the Balkan Peninsula took place with the rest of the world. Local rich people invested a lot in the construction and renovation of the city, so various palaces and churches made during this period, symbolized the lives of their owners and builders. Some of them are the Palace Bizanti, Palace Buća, Palace Varaken etc. Three main gates of today’s Kotor were built during this period, in the 16th century, the Sea Gate, the River Gate and the Gurdić’s Gate. The Kotor people were mostly sailing, so they were bringing different objects from different countries, which had an impact on their lifestyle that can be seen through the construction of the city, but they managed to keep their specific spirit of life. 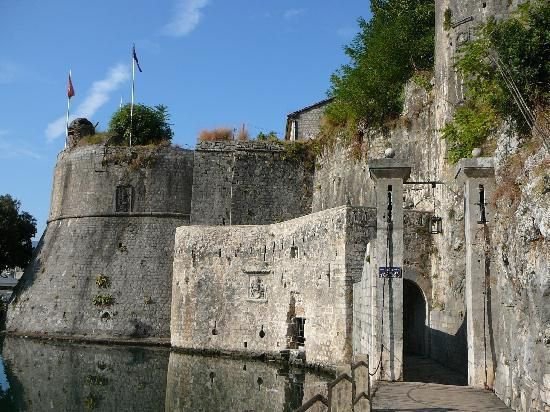 Gurdic Gate, one of the town entrances

The destruction of the Venetian Republic was followed by the 2 periods of the Austrian rule. The first period lasted from 1797 to 1805, with the significant rise of the naval economy. Then the Russians ruled the city from 1806 – 1807. During this period, a Russian consular agency was opened, in order to help the citizens of Montenegro, inhabited on the territories of Austria. After the Russians came the French. The French government lasted for 5 years, after which the Provisional Government of the two united provinces of Montenegro and Boka Kotorska, established and lasted until 1814.

The second period of the Austrian rule lasted for almost 100 years, from 1814 until the end of the First World War in 1918. The most important cultural event in Kotor from this period was the opening of the gymnasium in Kotor in 1864, which worked in the national language since 1883. 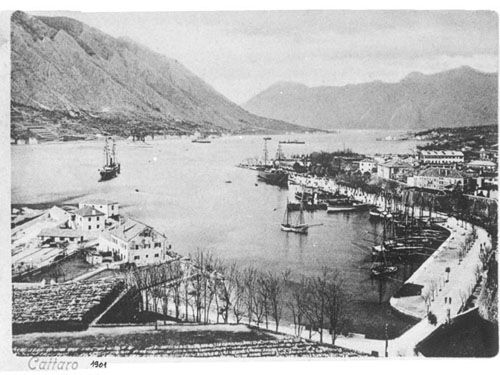 Source TO Kotor / Postcard from Kotor's Port from 1901

After the WWI, Kotor entered the Kingdom of Serbs, Croats, and Slovenians. Since the Second World War, it has been the part of the Republic of Montenegro, one of the six republics of the SFR Yugoslavia. 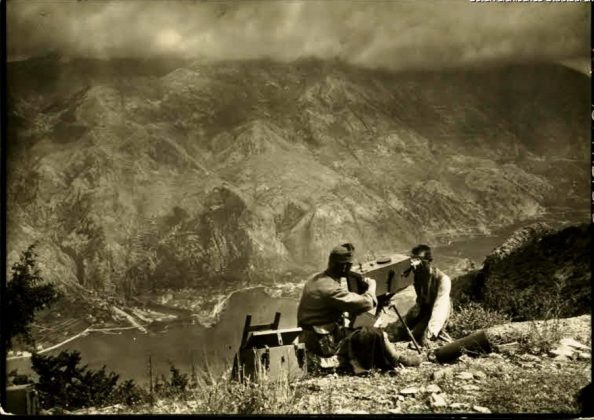 In 1979, Kotor was listed on the UNESCO’s list of the world heritage, due to its outstanding universal value of the cultural-historical region. Although damaged by the earthquake, that happen little before the inscription on the list, the principal monuments, and historic urban areas have been reconstructed and restored, retaining their architectural, urban and historical authenticity. 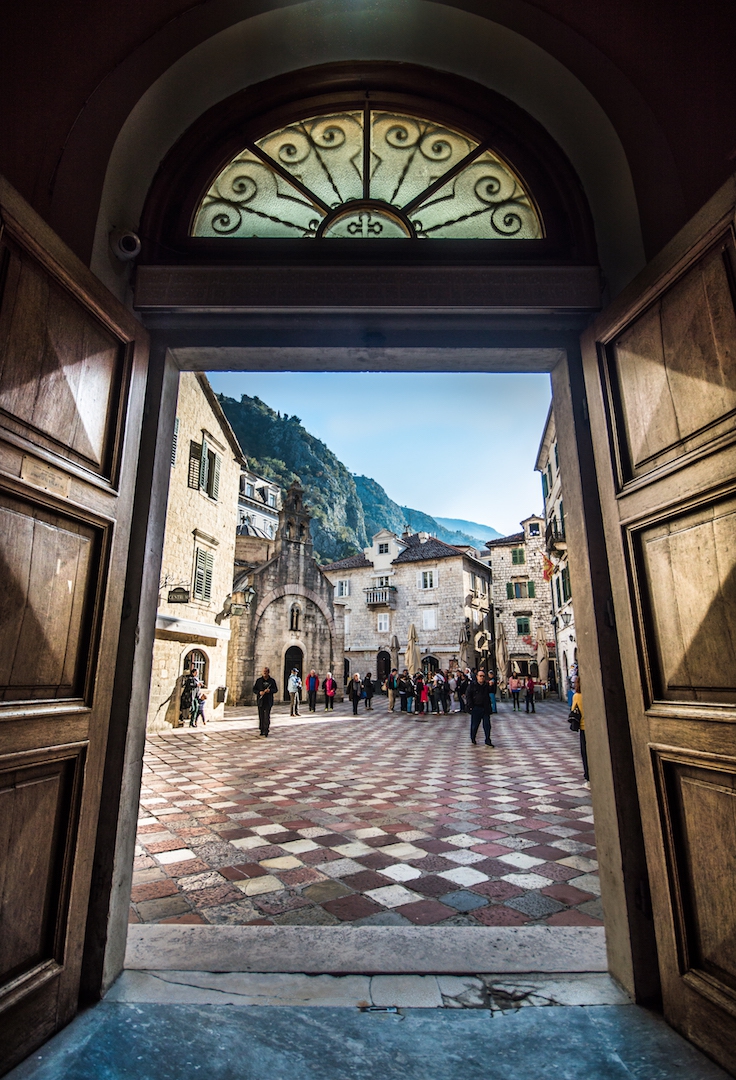 After the dissolution of Yugoslavia, Kotor remained the part of FR Yugoslavia, only to become part of Montenegro in 2006, when it renewed its independence. 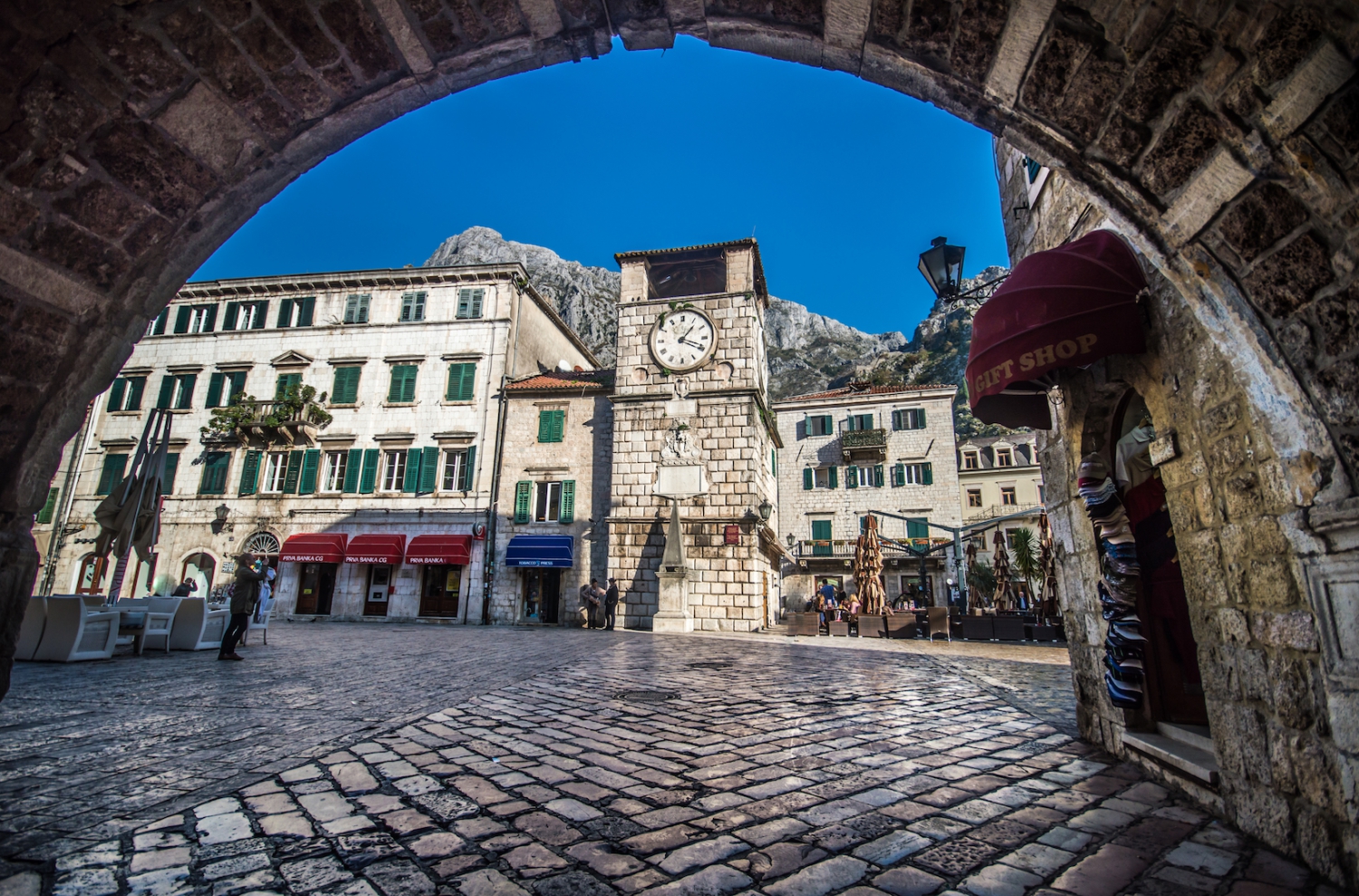 Source TO Kotor, Main Entrance to the Old Town