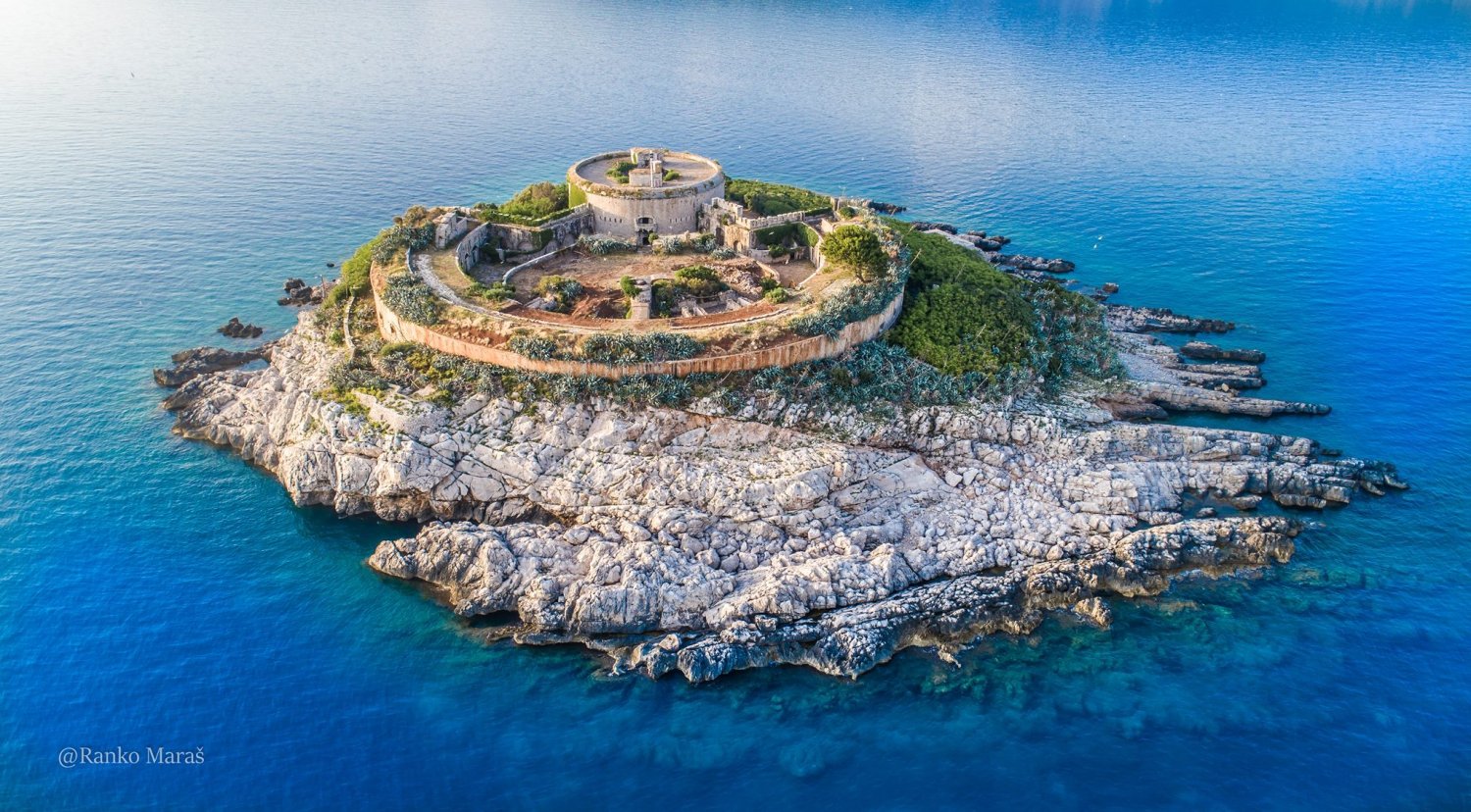 Places of interest
The fortress known as Mamula was built on a small rocky island Lastavica, which is located at the entrance to the Bay of Kotor, about 3.5 nautical miles from Herceg Novi. According to many experts,  the fortress is still a masterpiece of military construction. The fortress, which was designed for exclusively military operations, was built by Austro-Hungary in 1853, as one of the most important fortifications that protected the entrance to the Bay of Kotor.

Interestingly, the fortress never served its purpose, that is, not a single cannon shot was ever fired from its walls. Due to its isolated position, the fortress was used as a prison in both world wars. During WWI the fortress was used as a prison by the Austrians, and in WWII the fascists made the prison one of the most notorious concentration camps. In 1959, Velimir Stojanović made the film 'Campo Mamula' on the island, which shows the events during World War II, and in 2013, the Serbian producer Milan Todorović filmed his horror film 'Mamula' on this island.

Today, the fortress is under reconstruction and this defensive fortress will become a voluptuous hotel with a memorial gallery.