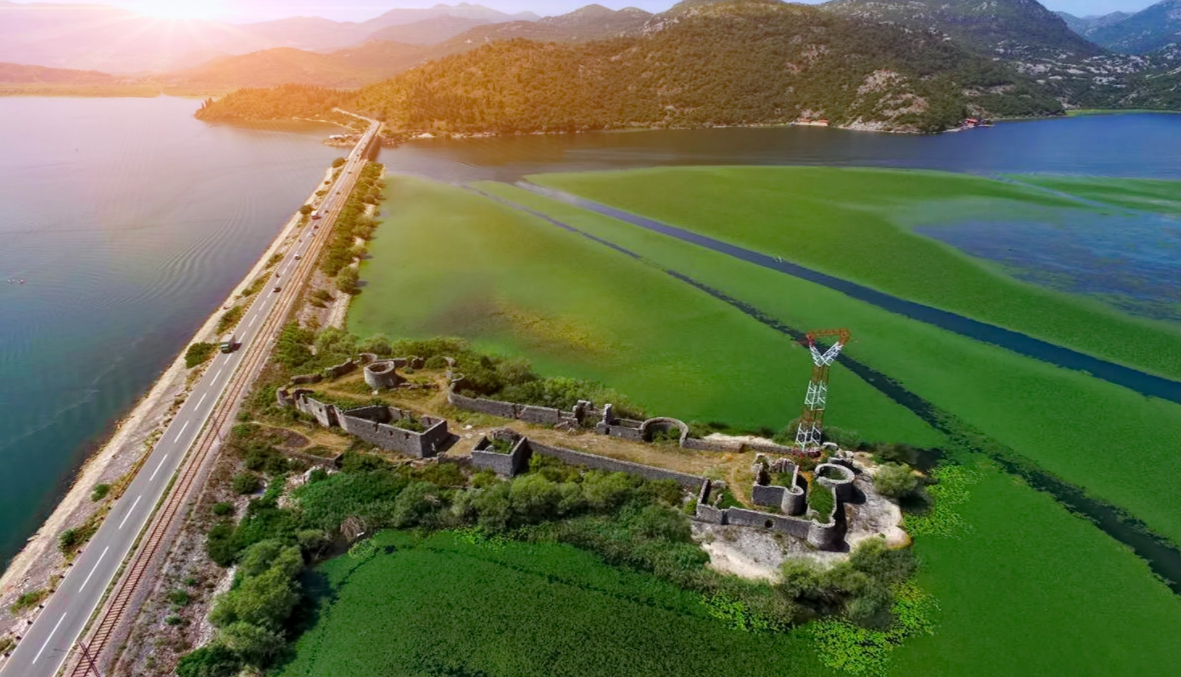 Places of interest
Lesendro is a fortress on the island of Lesendro on Skadar Lake, built during the 19th century by the Montenegrin Bishop Petar II Petrovic Njegos. The fortress ensured unhindered fishing and trade, and according to some sources, Njegos often came here to rest, and he completed some of his works here. Lesendro was under his rule for eleven years, and after the loss of the fortress, the adage 'death to the Bishop for Lesendro' remained.

Lesendro, the 'key to the Lake', was strategically important for Ottomans as well, so they occupied it in 1843, at the same time as Vranjina and they built their fortifications on it. The fortification was dominated by two circular towers and several smaller ones, as well as the building of the former armoury, with several accompanying buildings. Lesendro has been a protected immovable cultural asset of fortification architecture since 1949. The fortress is located next to the highway, but it is rarely visited because it is in an unapproachable location. The nearest parking lot is in Vranjina, about 500 meters away.