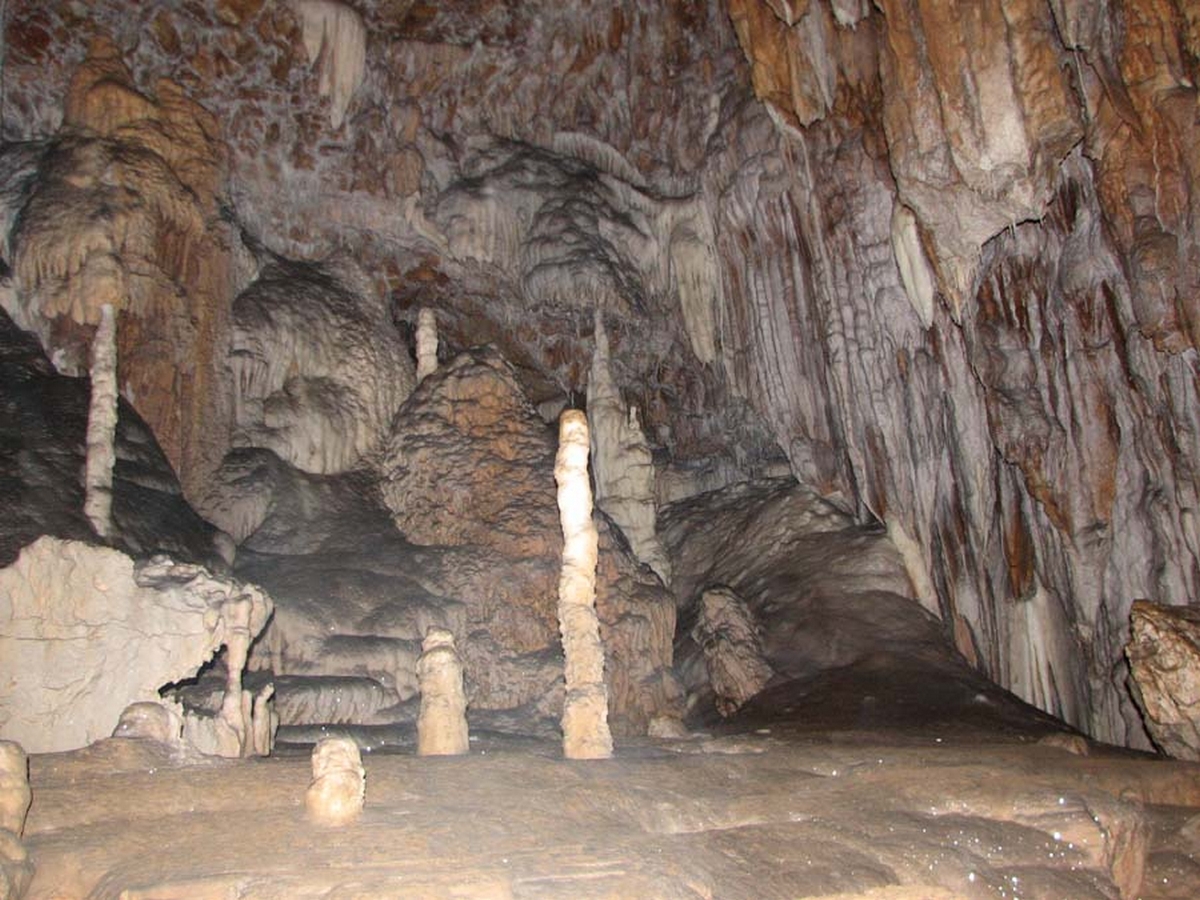 Places of interest
The Djalovica Cave, located in the Djalovic Gorge in the canyon of the River Bistrica in north-east Montenegro, is, according to most cavemen, the most promising and beautiful cave in Montenegro. It is located about 40 kilometres from Bijelo Polje and can be approached from several sides.

The cave has been a point of research since 1987 and since then the stunning interior of the cave has left many speleologists in awe. It is unknown what lengths its corridors are, but cavers have explored more than 16 kilometres of its canals so far.

The explored part consists of a large number of galleries, aisles, and chambers, which according to position, orientation and basic morphological characteristics can be divided into four parts: Channel with Lakes, Grand Maze, Long Channel and Passages connecting lower and upper galleries.

The Lake Channel is characterised by a large number of lakes (both permanent and temporary), while the Grand Maze is a mix of about 15 galleries of different sizes. It has been established that there is no cave jewellery discovered so far without being found in the Đalović’s Cave - from canals filled with water, cave lakes through which can be easily navigated by smaller rubber boats, siphons, halls over 30 meters high, tall stalactites and stalagmites, to crystal rose, a piece of very rare cave jewellery. Access to the chambers of this intriguing cave can be only provided by equipped and experienced guide groups.