The Mediterranean Sea, historically speaking, is one of the most important parts of the world with the tradition that long that we can’t even be sure what really happened and what’s imagination. Since forever, this area was a crucial spot of historical battles, cultural movements and development of the humankind in general. Not only people born in this area lived and worked here, but from all around the world, trying to conquer a piece for themselves. Ancient Civilisations of Greece and Rome originated from the Mediterranean and these two have affected the history and culture strongly that even today we live on the foundations they built. 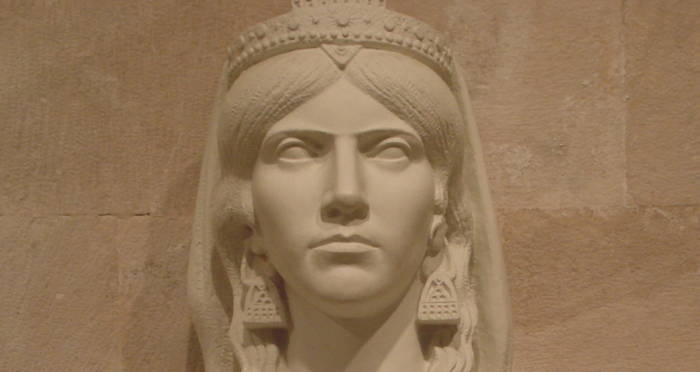 Bay of Kotor in Montenegro is one of the Mediterranean pieces that still has many monuments dating back from the ancient times. The eldest spot in the Bay of Kotor is called Risan (or Rhison as the Romans called it) and this is a small village located in between Kotor and Morinj. During the history, this was the metropolis to the Illyrian queen Teuta, back in the 3rd century BC. An interesting fact is that the biggest hotel in this small town, currently not operating, is named after this queen – Hotel Teuta. After Illyrians, Roman Empire took over this area. The Bay of Kotor offers a strategic position, especially in the Adriatic as a part of the Mediterranean, and this is why a lot of rulers were competing to conquer it. The remains stay until today and this awakes interest amongst the tourists that are visiting this beautiful Bay. The most valuable remains from Roman times are mosaics in Risan that are considered to be the rarest monuments of culture of its kind, in Europe. Mosaics are a separate ensemble of the Roman Empire development on the Adriatic and overall in Montenegro. 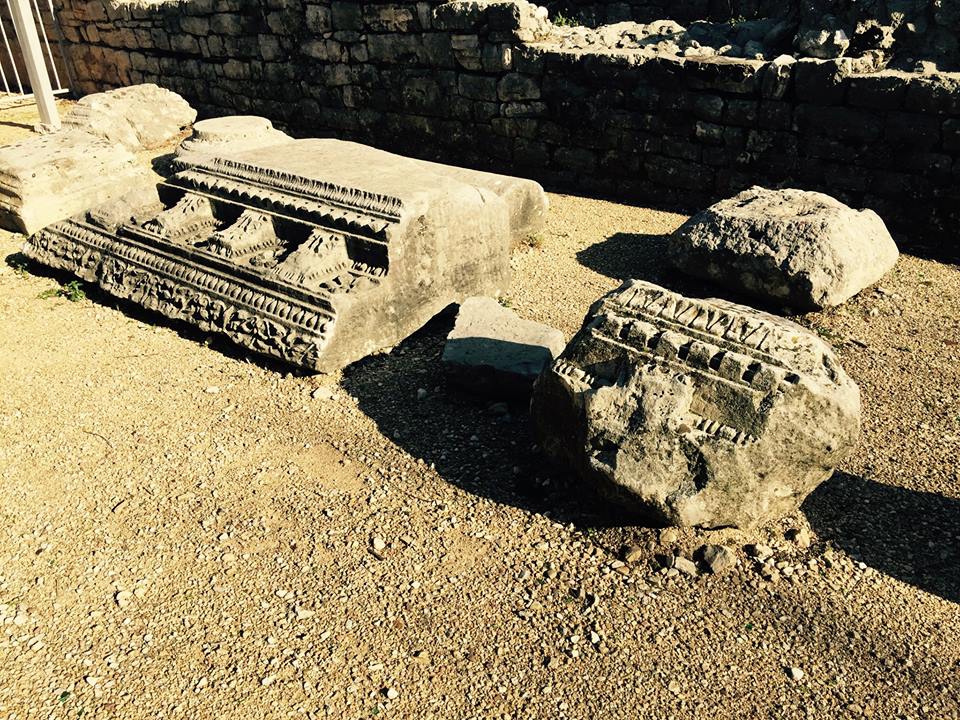 What we can see today in Risan are actually remains of the Roman Villa Urbana that dates from the 2nd century AC. Inside this villa, 7 rooms covered in mosaics were discovered, throughout several periods of exploration. This villa covers 790 sqm with an atrium that is central and leads to the other rooms. The atrium had 2 parts – impluvium and compluvium. Impluvium was in the form of a very shallow pool designed to pilot the rainwater to the bathroom and the kitchen. Compluvium was used to collect rainwater, usually made of marble and about 30 cm deep. From the atrium that is a very central part of the villa with a nice garden, hallways were leading to the rooms.

1st room – the mosaics in this room are quite damaged, but there is a part with a dominant motif of a two-sided war axe (labrys) that originated from Crete, so we guess it was a room for warriors. Mosaics were damaged during the construction of the old road toward Niksic and during the earthquake in 1979. 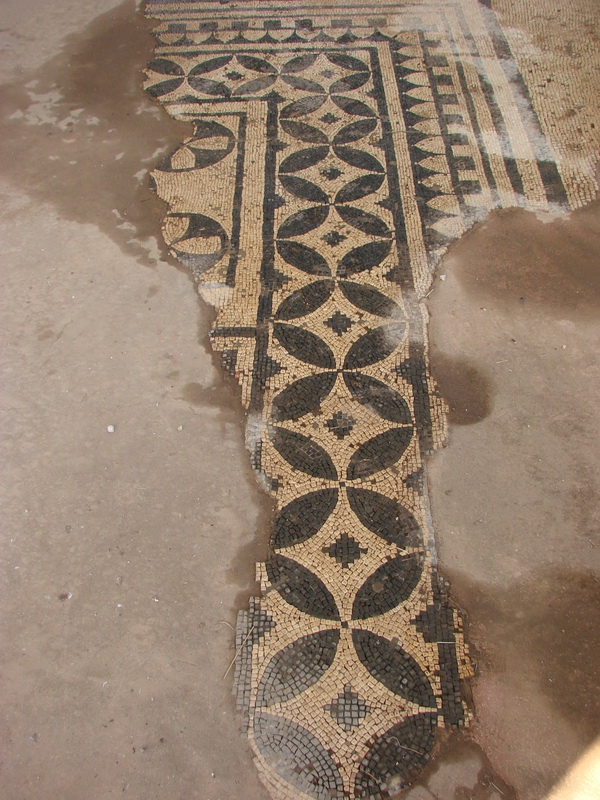 2nd and 3rd room – these mosaics were discovered during the last exploration in 2004. and at the moment are dislocated for the restoration.

4th room – this room had a floor covered in mosaics organised in 8 rectangles. In the central part, there is a sun motif that symbolises the Roman Empire. Besides, there are many floral (rosettes and vines), geometric and sea (octopus) elements. 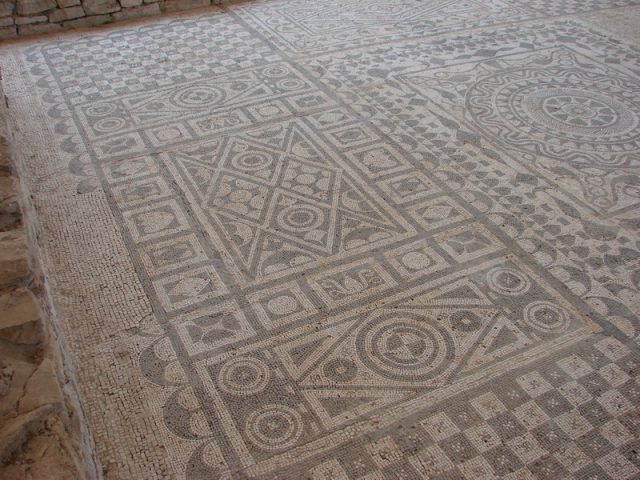 5th room – mosaics are made in 2 colours with geometric and floral motifs that are overlapping. The central motif is 6-leafed rosette surrounded with a sunshine motif. Every corner of the room has sophistically made squids with vines as the ends of their tentacles. 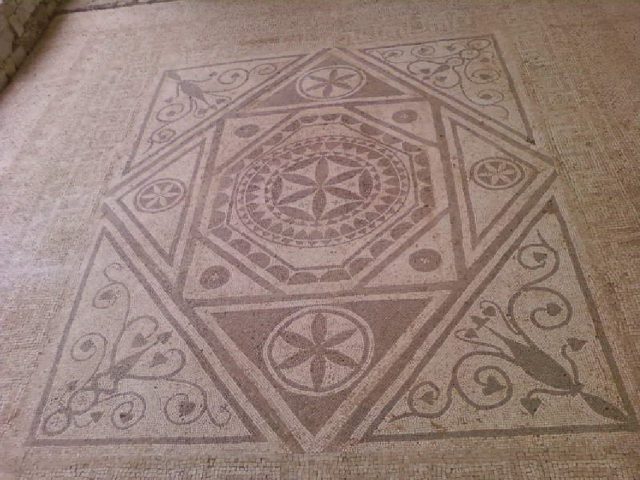 6th room – the room with the simplest mosaics shaped in the form of a chess table with 289 squares in white and black alternately. We guess this was a room for the owner’s rest. 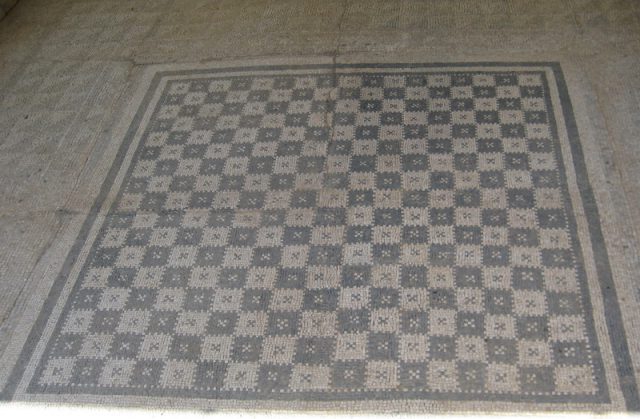 7th room – the most famous mosaics in this villa that made it attractive for travellers and visitors, with the motif of the God Hypnos while sleeping, which is unique around the world. This was the bedroom of the owner. The mosaic is made out of various colours of stones, bigger at the ends and smaller towards the centre. In the centre, there is a medallion with the God Hypnos on it. He was shown as a young man with wings who is resting with his arm against the pillow (Roman laying position). In Roman mythology, this god is named Somnus. The youngest Zeus’s daughter was meant to be his wife.  Next to the medallion are arch and arrow and at the room’s entrance, there are 2 crossed swords, protecting the owner of the maleficent. 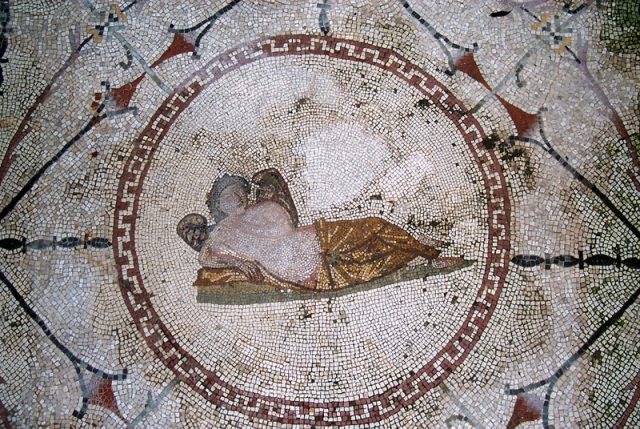 If you are visiting Montenegro for learning about cultures and ancient civilisations on the Mediterranean, this is a great way to experience something interesting and it’s included in the open-roof buses day trips around the Bay.
Written by: Andjela
PUBLISHED: Nov 16th 2018