Adventure Arts & Culture
The bridge on Djurdjevica Tara, or simply the Bridge on Tara is one of the most visited and popular attractions in Montenegro, where thousands of tourists come every year to visit this majestic combination of nature and architecture. Located between the villages of BudeÄevica and TreÅ¡njica, on the main road Pljevlja-Å½abljak, this is a bridge that with its architecture and dimensions is one of the largest and most beautiful traffic facilities in the world. According to the âBright sideâ portal, it was named among the 20 most beautiful bridges in the world, while the British magazine "Times" included it in the top 10 attractions to visit.

Built, in the period from 1938 to 1940, it was the largest reinforced concrete road bridge in Europe at the time. The bridge was originally built to connect the remote parts of the Durmitor region with the rest of the Kingdom of Yugoslavia. The task was to connect almost 400 metres of two coasts of the river Tara, which was extremely difficult given the need for construction materials and aids at the time. Still, this hasnât stopped its designer Mijat Trojanovic, to construct the largest wooden scaffolding whose dimensions have not been surpassed to this day. The height of the scaffolding of the main arch was 141 meters, while 650 cubic meters of timber were used for its construction. The wooden parts of the scaffolding were hand-hewn from spruce, cut down in a nearby forest. According to available data, 5,320 m3 of non-reinforced and 3,640 m3 of reinforced concrete were installed in the bridge. 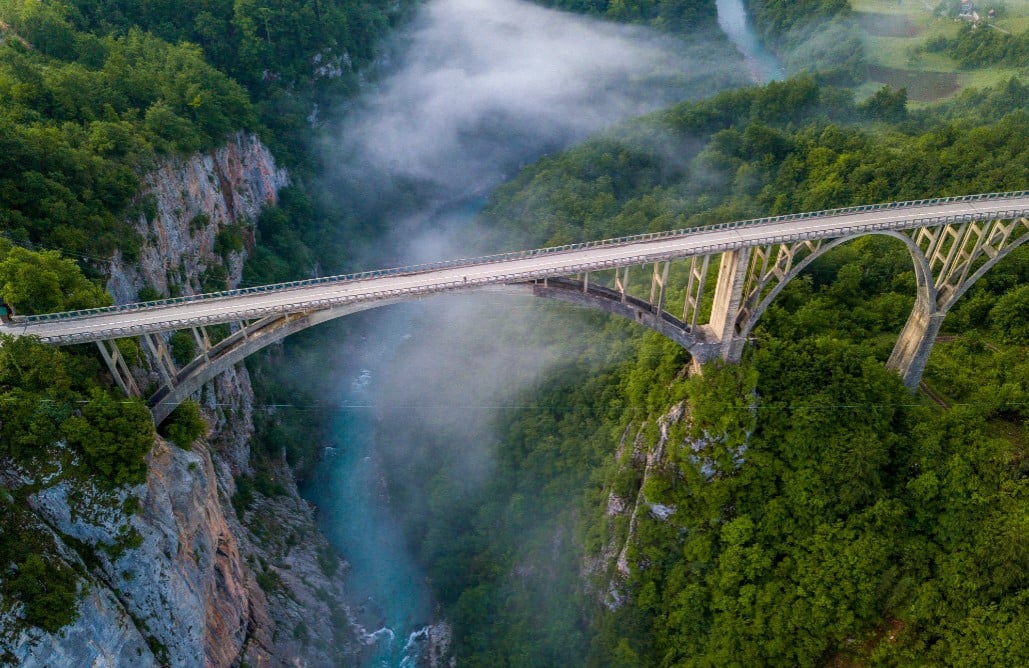 
The bridge did not wait to be ceremonially opened as it was completed at the time of the start of WWII. During World War II, to prevent the enemy units from penetrating Montenegro in 1942, a decision was made by the highest Yugoslavian establishment, to demolish the bridge, but so it could be later repaired. This ungrateful task was given to the civil engineer Lazar Jaukovic, who participated in the construction of the bridge. The structure of the last small arc on the left bank of Tara was demolished, while other parts of the bridge remained undamaged. Jaukovic was later shot on the bridge itself by the occupation forces after they've discovered what he has done. The reconstruction of the bridge began in 1945 and was completed in 1946.

After the demolition of the bridge and the shooting of Lazar Jaukovic, the story of him as the designer of the bridge, who had to "kill his child", went through the people. Out of respect, the people of the Durmitor area built a monument to the brave Lazar, next to the bridge where he was buried. Over time, this story grew into a legend. Don Deland, a Danish writer, made this legend the theme of his novel 'The Land Behind God's Back', in which Jaukovic was named Vuk Crnojevic. 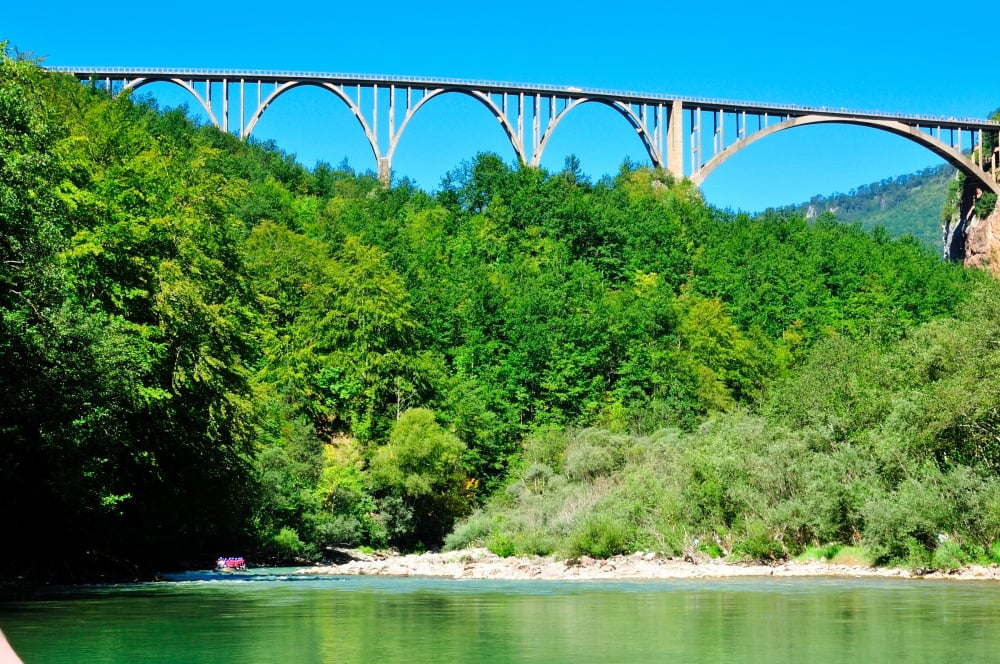 
Later, the bridge became very popular, both because of its world-scale construction and because of the stories from the Second World War that took place around it. In the seventies, the famous American actor Harrison Ford shot footage of the war film 'Force from Navarone' on this bridge.

With its grace, the bridge leaves in awe everybody who sets afoot here for the first time, as it leans over the stunning river Tara, widely known to all nature lovers. The canyon of the river Tara, over which the bridge extends, is 1333 meters deep, which makes it the deepest in Europe and second in the world, after the famous canyon of the river Colorado. The 'tear of Europe' is embraced by the imposing 365 meter-long-bridge with 5 arches, of which the main arc with a span of 116 metres.

Thanks to its geographical configuration, this location is highly valorised in tourism. Many recreational activities are available both on the bridge and on the river itself. One of the most popular is rafting on the rapids of the river. Visitors also opt for one of the longest zip lines in Europe - Zipline Tara Canyon.
Written by: Irena
PUBLISHED: Apr 22nd 2022