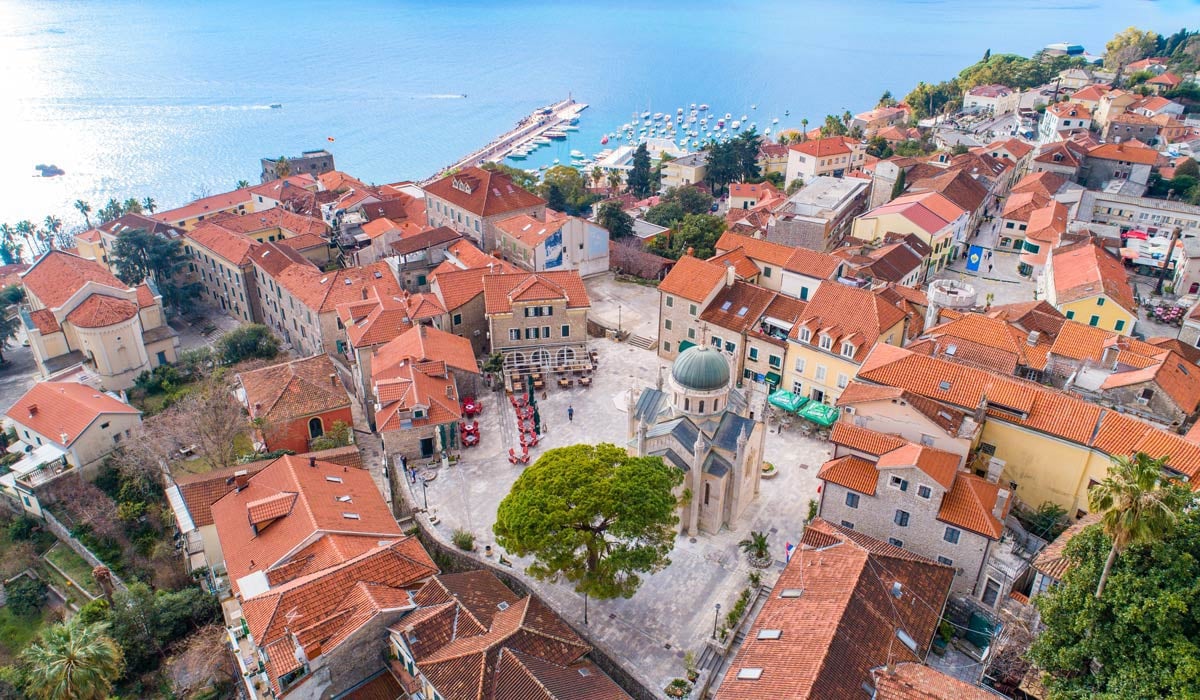 Places of interest
The Old Town of Herceg Novi is only six centuries old, but it represents the best juncture of history and culture, past and modern time. The Old Town was established by the Bosnian King Tvrtko I, who had the intention of turning it into a successful trading port. As salt was an important commodity at the time, Herceg Novi became the competitor to Dubrovnik in the trade of salt. The town was called Sveti Stefan, but as the youngest town, it was also called Novi (new), Castrum Novum, Castel Nuovo.

The Old Town is surrounded by the wall which was built from the 14th to 19th century. Inside the town, as the most significant monuments stand out the fortress Forte Mare (14th century), Kanli Kula (15th century), The Clock Tower Tora (19th century). All of them have almost preserved the spirit of the periods they were built in. One of the trademarks of the Old Town is the long stairs, called 'Skaline' by the locals.