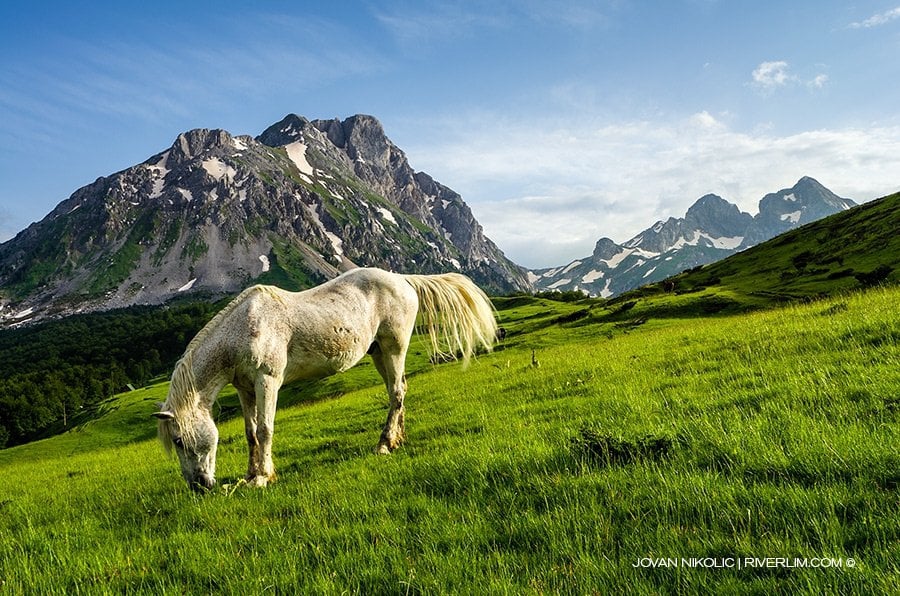 
Komovi Nature Park is a regional park that stretches over the territories of 3 municipalities, Podgorica, Kolasin, and Andrijevica. It covers the north-eastern part of Podgorica's territory, bordering the municipalities of Kolasin and Andrijevica. Kolasin was the last municipality to declare its territory a nature park. Protection zones of II and III degrees have been determined for Komovi, and the area of the Nature Park is 20.210 hectares, while the length of the border is 90.785 meters. With this area, in addition to national parks, Montenegro has more than 10% of its territory under the protection regime.

The area of the Komovi mountain massif is characterised by a high degree of biodiversity species and ecosystem, which is reflected in the presence of a large number of endemic plant species that represent the most important element of the high mountain flora of this area.

Mount Komovi stretches in the southeastern part of Montenegro, between mountains Bjelasica and Prokletije, between the rivers Lim and Tara. Komovi, along with Durmitor and Bjelasica, is the most impressive massif in the Dinaric mountain system. Stay on our website and read more about this walloping Mount.