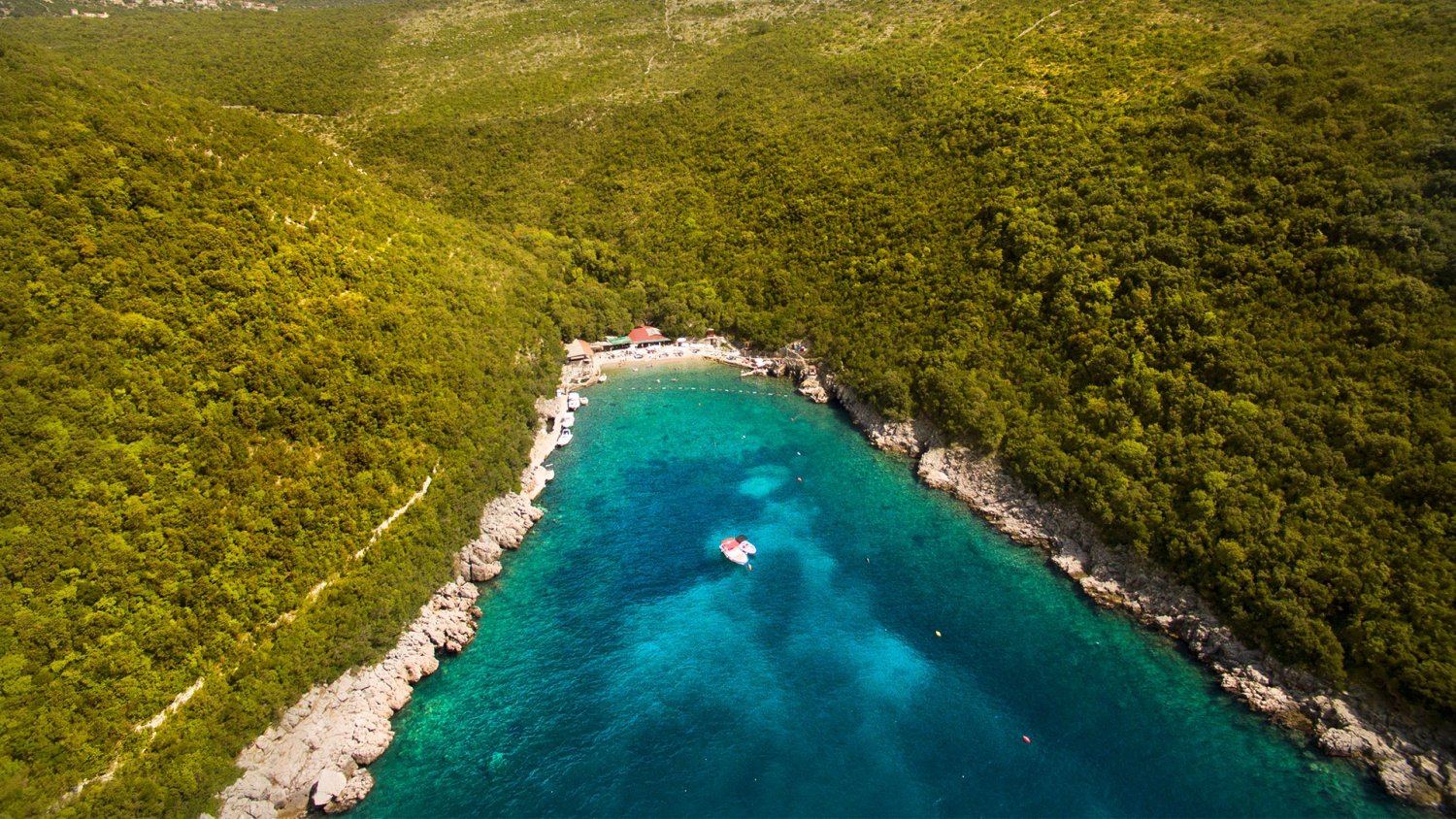 Places of interest Beaches
If you are a fan of hidden, isolated places, then the right place for you is Dobreč cove. In the silence and shade of this place, you will find peace on the pebble beach. Only 70 meters long, the beach has a Blue Flag, which is awarded to the cleanest beaches in the world. The cove and the beach Dobreč are not accessible from the mainland and can only be reached by boat.

The indescribable beauties of the Mediterranean vegetation will not leave you indifferent. This wild Luštica beach also lured film producers in 1979, so it was here that the famous scene from the movie 'Ten' was filmed, where the enchanting Mary Kathleen Collins emerges from the depths of the sea on the mast of a submarine.