The roots of the Montenegrin cultural heritage have their centuries-old history, and the national costume has always been an important segment in the life of all Montenegrins. National costume occupies a much more comprehensive and pronounced role in Montenegro, than in any other Balkan country and beyond. One of the reasons for such importance and respect arises from its historical role during the centuries-long struggle for survival, in which the costume played an important role in providing independence of its people, as many historical sources claim.

Montenegrin national costume is sumptuous with a combination of bright colours with gold embroidery and is considered one of the most beautiful costumes in Europe. Various cultural and ethnic differences have been reflected in the production and appearance of the national costume throughout history. In the culture of Montenegro, there were three types of folk costumes: for men, for women, and the festive costume for special occasions. Besides, there are several types of men and women costumes, and the massive difference in clothing is between the coast and the central parts of Montenegro. It takes an average of 3 months to make a national costume. 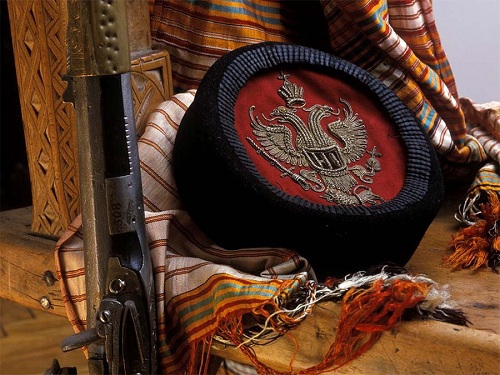 Once upon a time, a luxurious Montenegrin costume was a status symbol, as it would happen that the costume and weapons were more valuable than the entire property of some families. To preserve the rich tradition, the Directorate for the Protection of Cultural Heritage has declared the skill of making Montenegrin costumes and gold embroidery a protected intangible asset.

There are two types of folk costumes that were widely used until the 20th century:

Through the past, the ceremonial folk costume was worn by richer citizens of Montenegro. But, in later years it was often used among the rest of the population, too. There is a very interesting story that in 1888, King Nikola forbade Montenegrins to spend so much money on the costumes and ornaments.

The most common elements of a folk costume for men are:

Montenegrins also wore a woollen or cotton belt, 3-4 meters long and 15 centimetres wide, which tightens the pants perfectly. On the belt a silav would be fastened, something like a soft leather case made of several layers where Montenegrins would stock one or usually two pistols or revolvers, and a large knife. 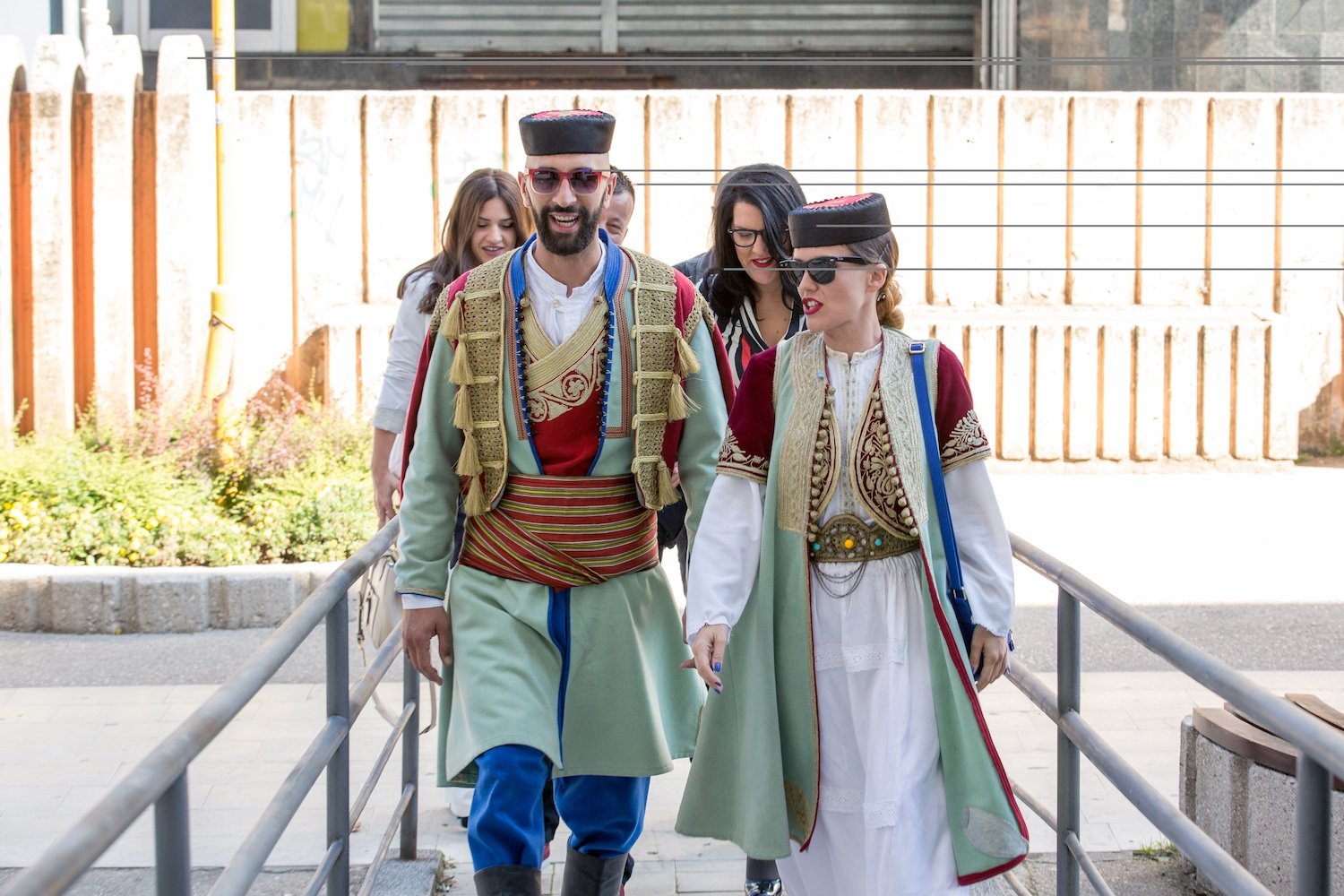 The most common elements of Montenegrin folk costume for women:

Besides Montenegrin costumes for men and women, there are several types of folk costumes characteristic of a particular region or place. The most characteristic ones are the costumes from the cities of Risan, Kotor, Orahovac, Lustica, Grbalj. 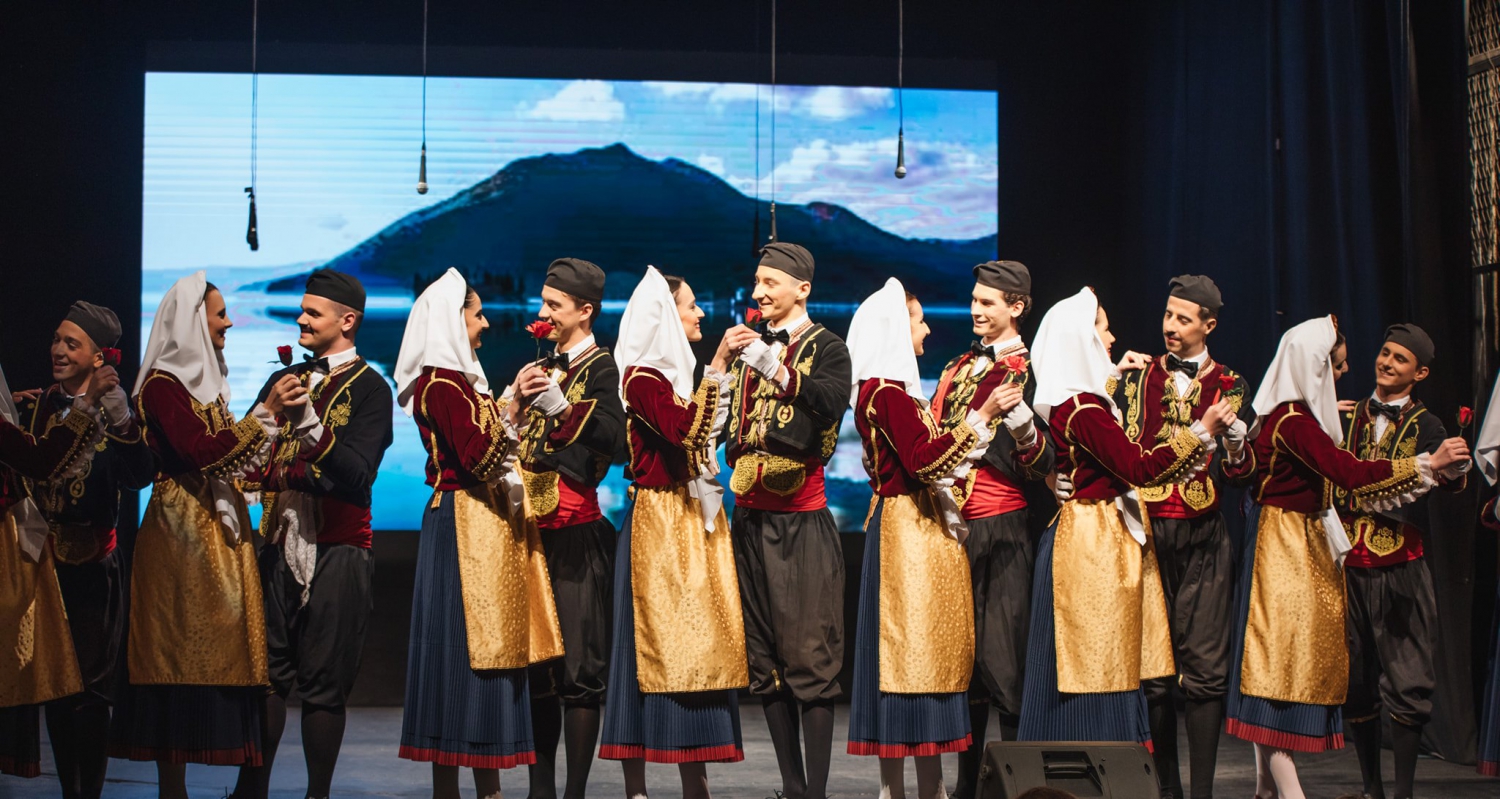 PhD Anastazija Miranović, art historian and a fashion designer, recognisable by fashion shows inspired by our history and cultural heritage, is one of the people whose work represents the rich Montenegrin cultural heritage. At this year's prestigious International Fashion Fair in Kotor, she presented a collection dedicated to the 110th anniversary of the renewal of the Montenegrin kingdom. The dominant element of this collection was handmade Montenegrin gold embroidery. She said that to preserve this exceptional skill and pass it on to generations, she desired to contextualise the tradition of handmade gold embroidery in contemporary fashion design, merging and permeating the true cultural and artistic values of the area. 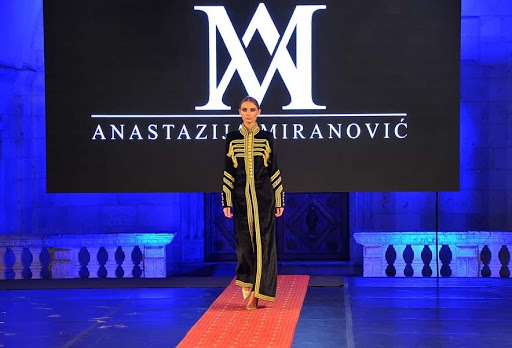