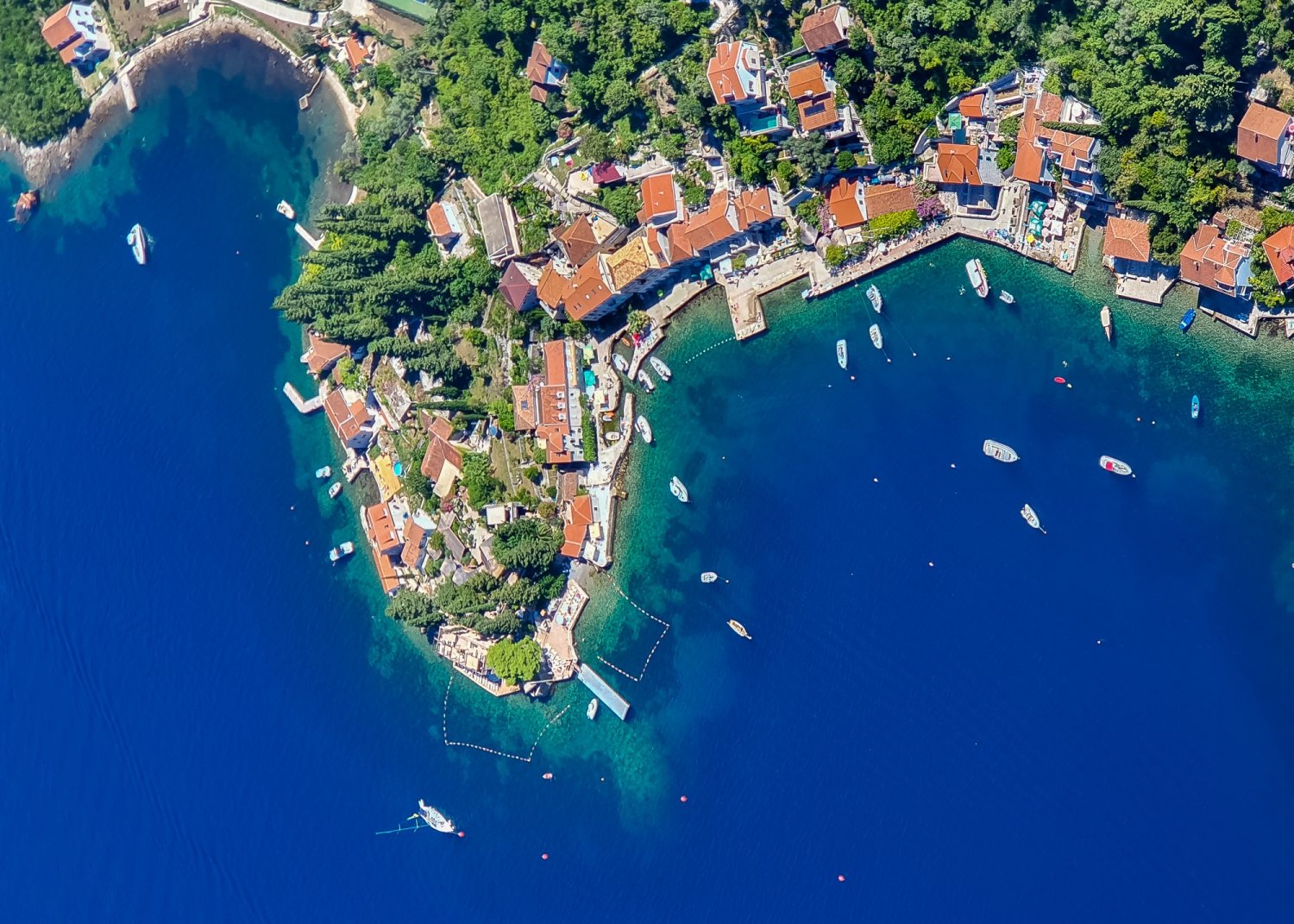 The name comes from the Italian word 'rose' which means - rose. This is the place with the biggest sunny hours during the year along the entire Boka. The settlement is dominated by the Austro-Hungarian fortress Forte Rose, which includes a diving centre. This place is very suitable for divers and can be reached both by land and sea.