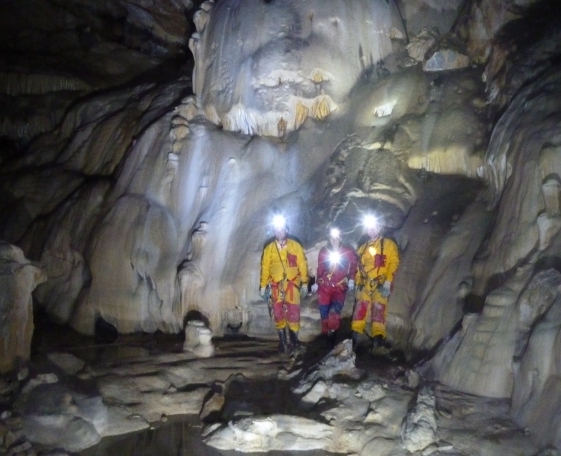 Places of interest
Osoja Cave, in the village of Dobrakovo near Bijelo Polje, has been known to the inhabitants of this area since ancient times, but its marking has been done in 2006. This action was carried out by members of the speleological club 'Akovo'. During that research, the cave was found to be 83 meters deep and 314.5 meters long.

Almost all of the cave passes are very easy, besides the first hundred meters of the channel called ''Osoja's Throat'', which due to the two narrow passes and one small jump of five meters, cannot be overcome without the use of rope and speleological equipment. Just after the entrance, there is a large Snow Man Hall (width - 55 m, height - 13 m), and in the centre, there is a 6-meter stalagmite figure called Jeti.

Amongst others, there are two halls with specific names. One is called 'Honey and Milk', as its walls are covered with 'cave milk' sediment. The second hall is called the “Devil”, and its floor is covered with a layer of dirt and accumulation of growths that make the movement difficult. Legend has it that the Osoja Cave is linked to the Kumanica Monastery, located on the opposite side of the river Lim, and monks have used it to take shelter safely in case of danger and to take the treasure out of the monastery. These stories gained significance when, during the construction of the Belgrade-Bar railway line, in the 1970s, a gold jar was dug near the monastery. These gold coins are now kept in the museum in Novi Pazar, Serbia. The cave can be visited with the help of guides and the use of adequate equipment.