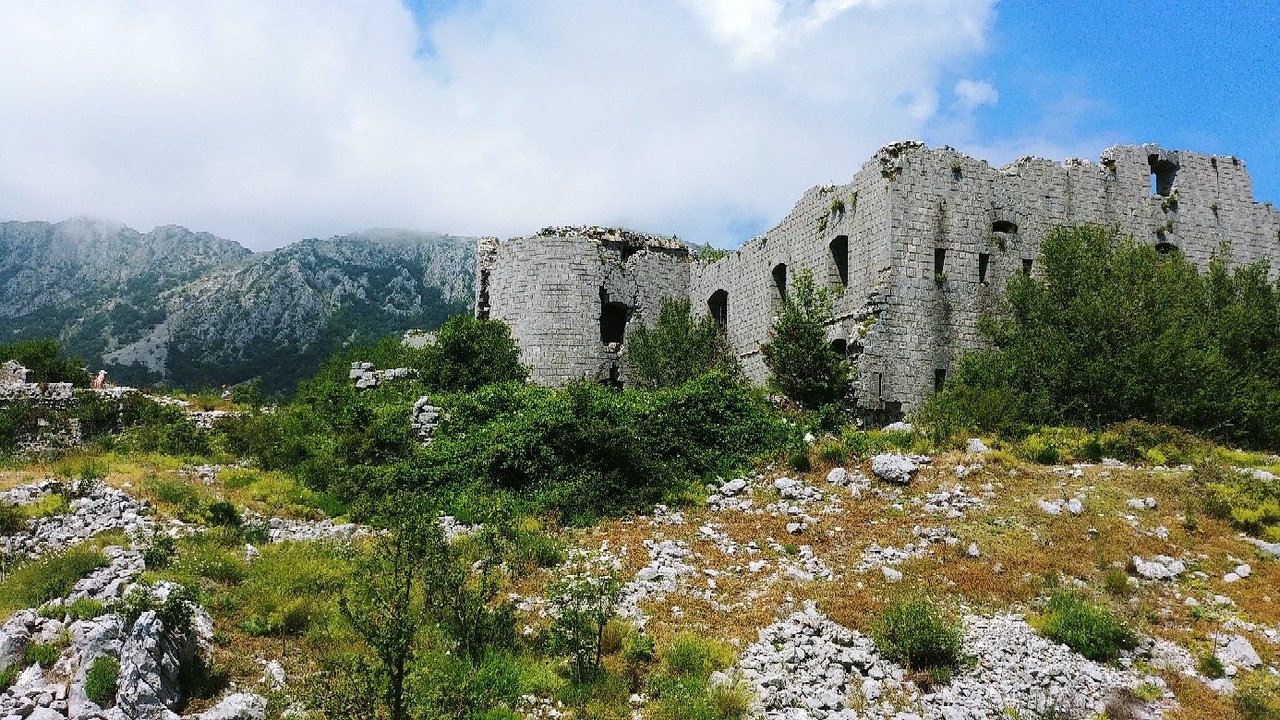 Places of interest
Kosmac Fortress is located 800 meters above sea level on the same-named hill above the village of Brajici near Budva. It was built between 1841-1850 by the Austrians, and the location chosen for the construction of this impressive fortress, was important from a strategic point of view because it dominates the Budva Riviera. Due to the proximity of the Montenegrin border, it had the role of controlling the border area with other fortifications in this area, and it influenced the prevention of incursions of Montenegrin forces into the territory of the then Austro-Hungarian Empire. This fortification was one of the three most important fortifications on the territory of Montenegro from the time of Austro-Hungary. Since 1964, it has been on the list of immovable cultural property of the Directorate for the Protection of Cultural Property. The fortification consists of 3 stages, basement, ground floor and first floor and covers a total area of 1064 m2. Today, the fortress is abandoned and in ruins, and Montenegrin authorities are in the process of starting restoration and reconstruction.